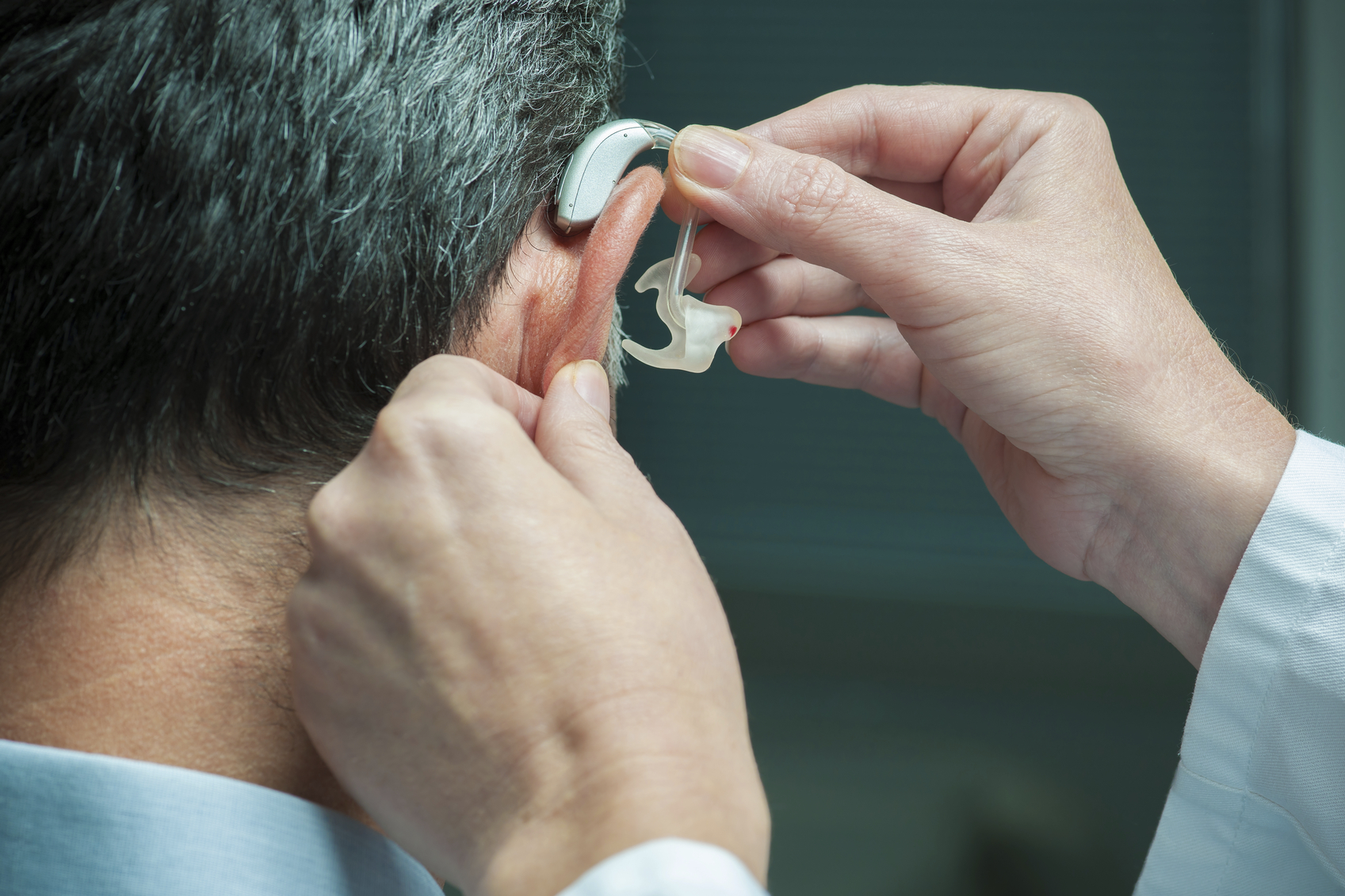 For many years, it was clear that my father was becoming hard of hearing. Normally gregarious and the life of the party, he became increasingly withdrawn because he couldn’t hear well enough to partake in conversations around the table. He began to walk with a shuffling gait. He was declining in front of my eyes. And yet, when we communicated by email, his intellectual curiosity and warm storytelling skills were intact. But in person, he seemed to be fading away.

After considerable prodding, I convinced him to get a pair of custom hearing aids. The transformation was amazing. At a family reunion a month later, there was my father sitting at the breakfast table, regaling everybody with stories of his mischievous childhood. He was, once again, the center of attention. Gone was the shuffling walk, replaced by a strong, confident stride. From the withdrawn, quiet man who would sit by himself emerged my funny, animated father who told stories, laughed, and played jokes. He could hear his children and grandchildren. The dad I remembered as a child came back to us.

This story, and so many just like it, are about changing the public conversation on hearing to show how people who experience hearing loss can move from fear and denial to aging gracefully, with resilience, joy, and health.

The health benefits of hearing well

Surprisingly, many of us wait seven to 10 years before even acknowledging we are having trouble hearing and get a hearing aid. Why? For some of us it’s denial, or fear of looking old; for others the hearing loss is so gradual we might not be aware of the insidious progression of it. In fact, more Americans report getting a colonoscopy than a hearing test!

Yet, failing to get hearing tested and corrected early may actually contribute to aging faster. Hearing loss is associated with earlier onset of dementia, earlier mortality, and six times the rate of falls compared to those with normal hearing. Contributing to these negative health consequences is the isolation, the loss of interactive communication with others due to inability to hear clearly. This results in loneliness, which is known to have a negative health impact equivalent to smoking 15 cigarettes a day. Moreover, when the input is diminished, the brain loses the ability to distinguish sounds, which means having to “re-learn” to hear when she or he finally gets a hearing aid.

Having a conversation about hearing loss

Instead of hearing loss, think about what you gain when you hear, allowing you to live life to the fullest. Life is about keeping the critical ability to stay connected to family and friends. A recent study found that for Americans 65 and older, hearing loss had a greater impact on life than cardiac disease, stroke, osteoporosis, sciatica, cancer, and many other common conditions.

My dad’s transformation was an “aha” moment for me — as a daughter and a doctor. I’ve since learned that hearing loss, which can be alleviated fairly easily, is a largely hidden problem, even as it affects many. One in three people 60-plus and two-thirds of people 70-plus have hearing loss. Among baby boomers, 15% are already affected. And a few years ago it was reported that 12% to 15% of school-age children have some degree of hearing loss, with the highest incidence among teens.

These numbers are hardly surprising given our routine exposure to rock concerts, sports stadiums, car stereos, earbuds, traffic jams, jet engines, and the like. Hearing loss is no longer a marker of age. It’s here now and it’s something many of us will experience sooner than we expect. As a result, we can’t stress enough the importance of protecting our hearing and preventing hearing loss from the loud noises in our environment — and getting one’s hearing tested early.

What matters to people when they talk about hearing loss?

Sixty-one percent of AARP members indicated that hearing loss made it hard to follow conversations in noisy settings, while 44% noted the impact hearing difficulties can have on relationships with friends and family. Roughly two-thirds said they would get a hearing test if hearing loss hurt their relationships with family, and 59% said they would be tested if it became a burden on the family.

Think about my dad’s story. What’s more powerful and positive — talking about what hearing loss sounds like or talking about how better hearing helps people regain that edge and enjoy life?

Your own hearing loss story may still be down the road. But remember that early screening, early testing, and early intervention mean you won’t lose your all-important relationships with friends and family. And you’ll never miss the birds chirping outside your window.

For the latest information on hearing loss and what you can do, visit the AARP Hearing Resource Center.

Related Information: Hearing Loss: A guide to prevention and treatment