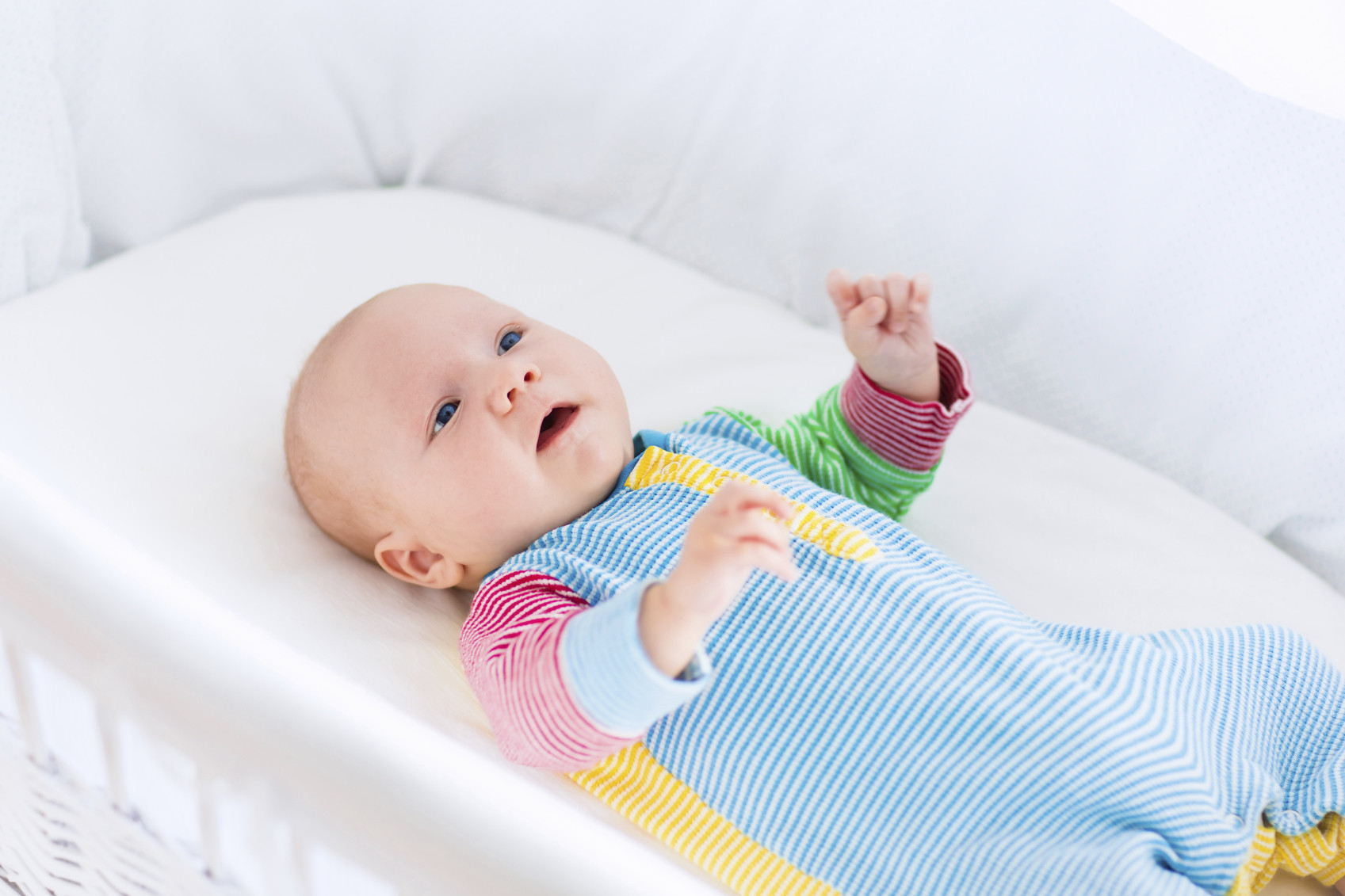 If there’s anything parents of newborns are, it’s sleep-deprived. So getting the news that experts recommend that newborns sleep in the same room as their parents for the first 6-12 months was not exactly great news to those parents who are awakened by every snort and whimper. It also didn’t feel like great news to those couples that like a little, well, privacy from time to time.

But here’s the thing: keeping your baby in your room can cut the risk of sudden death by 50%, according to the American Academy of Pediatrics (AAP).

Every year, about 3,500 babies die of sudden unexplained infant death (SUID). Some die from sudden infant death syndrome (SIDS), some die from accidental strangulation or suffocation, and some die for reasons we never figure out. While there is much we don’t know about these deaths, we do know that putting babies on their backs rather than their tummies to sleep makes a difference (some babies don’t lift their heads even when they can and should), as does keeping the crib as bare as possible (to prevent suffocation and strangulation). And the studies show that when babies sleep in the same room as their parents, it makes a difference too.

We don’t know exactly why it makes a difference, but certainly it is good when parents can see and hear their babies and respond to them. While technology can help parents be aware of their baby in another room, it’s not the same as having them within arm’s reach. Because the risk of sudden death is highest in the first 6 months, the AAP strongly recommends keeping the baby in the parents’ room for at least that long but says that doing it for a full year is even better.

The AAP makes a distinction between “room-sharing” and “bed-sharing,” saying that they recommend the former and not the latter. Bed-sharing can clearly make nighttime breastfeeding easier — and actually, the AAP says that if there’s a chance you are going to fall asleep while feeding your baby, you’re safer doing it in bed than in an armchair or on a sofa. But there are real risks to sharing a bed with your newborn. Every year babies suffocate in pillows or bedding, fall out of bed, or get smothered when a parent rolls over on them. It’s rare, but it happens. Many families use a “co-sleeper” that attaches to the bed; while they can be a nice way to bed-share without bed-sharing, they can be risky if not attached properly and if babies are left unattended in them. The safest choice is a bassinet or crib in the room with the parents.

Now, it’s important to keep the big picture in mind. There’s more to parenting than any one recommendation, and so very many factors affect the health of children from birth onward. Parents who just cannot sleep with their baby nearby may simply not be able to pull this off. And while parents can be intimate other places besides the bedroom, if relationships are starting to really suffer that’s not good for babies either. As with everything in parenting and life, balance and common sense are key. But if parents can manage, it’s worth doing something that can make a real difference.

Six months to a year can feel like an eternity, but it’s not. Before you know it, children are grown, doing things like dating and asking for car keys. Not only does that bring a whole new kind of sleep deprivation, it may leave you wistful for the days when they were close to you all the time.

Anyone reading this and considering bedsharing, do some research and don’t take what is said in this article at face value. It isn’t accurate.

Another factor that correlated with infant health is receiving a CranioSacral Therapy treatment within the first 24 hours of birth. The hospital in Maine that instituted that protocol took the incidence of SIDS deaths down to zero, in their little Ones. (Sorry I don’t have the citation off-hand; I just remember the story very clearly, from one of my first CranioSacral Therapy classes with the Upledger Institute in the early 90’s. Dr. Upledger’s research colleague in maybe the early/mid-80’s (?) was a physician at a hospital in Maine, and the story came from his experiences there.)