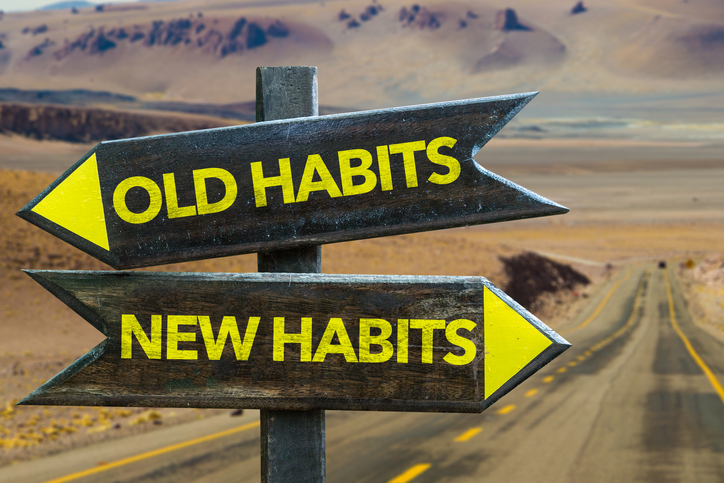 I am now 11 years into recovery from my battle with opiate addiction, and I have always been fascinated with two related questions: is there truly such a thing as an “addictive personality,” and do people substitute addictions?

The myth of the addictive personality

The recently deceased writer and television personality Anthony Bourdain was criticized by some for recreationally using alcohol and cannabis, in what was seemingly a very controlled and responsible manner, decades after he quit heroin and cocaine. Was this a valid criticism? Can a person who was addicted to drugs or alcohol in their teens safely have a glass of wine with dinner in their middle age?

It depends on which model of addiction and recovery you subscribe to. If you are a traditionalist who believes that addictions last a lifetime, that people readily substitute addictions, and that people have ingrained “addictive personalities,” the answer is: absolutely not. This would be playing with fire.

During my 90 days in rehab, it was forcefully impressed upon me that addictions are routinely substituted, and that if one is ever addicted to any substance, then lifelong abstinence from all potentially addictive substances is one’s only hope of salvation. This seemed to make sense, as a person would have the same lifelong predispositions to an addiction: genetic makeup, childhood traumas, diagnoses of anxiety or depression — all of which could plausibly set them up to become addicted to, say, alcohol, once they have put in the hard work to get their heroin addiction under control. In medical terms, the concern is that different addictions can have a common final pathway in the mesolimbic dopamine system (the reward system of our brain), so it is logical that the body might try to find a second pathway to satisfy these hungry neurotransmitters if the first one is blocked, a “cross-addiction.”

I learned early in my own recovery how critical it is to apply logic and evidence to the field of addiction, and that just because things make sense, and because we have thought about them in a certain way for an extended period of time, that doesn’t mean that they are necessarily true. While in rehab, I was actually told a lot of other things that turned out to have no basis in scientific evidence. For example, I was told on a daily basis that “a drug is a drug is a drug.” This mentality doesn’t allow for there being a difference between, for example, the powerful opiate fentanyl, which kills thousands of people every year, and buprenorphene (Suboxone) which is a widely-accepted treatment for opioid use disorder.

I have come to believe that an uncompromising “abstinence-only” model is a holdover from the very beginnings of the recovery movement, almost 100 years ago, and our understanding has greatly evolved since then. The concepts of addiction and recovery that made sense in 1935, when Alcoholics Anonymous was founded, and which have been carried on by tradition, might not still hold true in the modern age of neurochemistry and functional MRIs. That said, mutual help groups today do have a place in some people’s recovery and they can encourage the work of changing and maintaining change.

It seems as if no one definitively knows the answer about whether people substitute addictions. According to the National Institute on Drug Abuse in response to a request for comment from the website Tonic: “A previous substance use disorder is a risk factor for future development of substance use disorder (SUD),” but “It is also possible that someone who once had an SUD but doesn’t currently have one has a balance of risk and protective genetic and environmental factors that could allow for alcohol consumption without developing an AUD [alcohol use disorder].”

One study published in JAMA in 2014 showed that, “As compared with those who do not recover from an SUD, people who recover have less than half the risk of developing a new SUD. Contrary to clinical lore, achieving remission does not typically lead to drug substitution, but rather is associated with a lower risk of new SUD onset.”

The authors of this study suggest that factors such as “coping strategies, skills, and motivation of individuals who recover from an SUD may protect them from the onset of a new SUD.” In other words, by making the life-affirming transition from addicted to recovered, we gain a recovery “toolbox” that helps us navigate life’s challenges and stresses in a much healthier way. We learn to connect with people, push our egos aside, and to ask for help if we need it. Thus, when faced with stressful situations that formerly would trigger us to drink or drug, we might respond by exercising or calling a friend, rather than using a substance. As such, we substitute addictions with healthier activities that perform the function that the drink or drug used to, albeit in a much more fulfilling way.

This issue is also, partly, a question of semantics, and of how narrowly or widely we define addictions. Many hold that an addiction can be to either a substance or a process: gambling, eating, video game playing, Internet use, sex, work, religion, exercise, or compulsive spending. Lots of people gain weight when they quit smoking. Is that a case of substituting an addiction? I like to joke that, in my observations, the only reliable outcome from a stay at rehab was a nicotine addiction, because many people, in an attempt to cope with the trauma and dislocation of being sent away to rehab, pick up cigarettes.

Personally, I am skeptical that many people substitute addictions. In my experience, people who are addicted tend to have a particular affinity for a particular class of drug, not for all drugs and alcohol. This is probably based on some combination of their neurochemistry and their psychological makeup. I was addicted to opiates, but didn’t have difficulties with substances in other classes. I have seen this to mostly be the case with thousands of my brothers and sisters in recovery who I have had the honor to interact with. People continue to add to their coping skills toolbox throughout life, so the unhappy 18-year-old who is struggling is not the well-adjusted 50-year-old who has worked through many of their problems, or who has improved their life circumstances. Vulnerabilities can improve over time. People aren’t static, which is what reminds us to never give up hope when dealing with an addicted loved one, no matter how dire the circumstances appear to be.