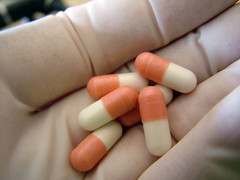 It’s easy to think of doctors as paragons of the health and wellness they try to restore in their patients or help them maintain. Some are, and some definitely aren’t. One in 10 physicians develop problems with alcohol or drugs at some point during their careers.

Those who admit they have an addiction to alcohol or drugs, as well as those who slip up and get reported, usually have to go through an intense substance abuse program before they can practice medicine again. Such physician health programs are pretty effective, helping around 80% of doctors recover from their problems. But these programs raise some ethical questions, according to Harvard Medical School’s J. Wesley Boyd and John R. Knight, who wrote a review of physician health programs in the Journal of Addiction Medicine. They should know, having spent a total of 20-plus years as associate directors physician health programs.

According to Boyd and Knight, many of these programs last 90 days, about three times longer than addiction-curbing programs for the rest of us. They can be expensive, costing almost $40,000. They can also be coercive. Once a physician health program recommends monitoring, “physicians have little choice but to cooperate with any and all recommendations if they wish to continue practicing medicine,” Boyd and Knight wrote.

Because doctors have high-stakes jobs, strict requirements and intensive treatment may not be a bad idea, argues Dr. Stuart Gitlow, acting president of the American Society of Addiction Medicine, in a blog post about the paper. Some hospitals have even started random drug testing to identify doctors, nurses, and others with a problem, but they are few and far between.

Is your doctor impaired?

Given that drug- or alcohol-impaired doctors aren’t rare, it’s possible you may encounter one someday. I asked Dr. Boyd if there were any tipoffs. He said you might suspect a drug or alcohol problem if your doctor

These aren’t specific to drug or alcohol abuse, Boyd cautions. They could be the result of drug or alcohol use. They could also be due to many other issues, such as a personal problem (marital difficulty or death of a loved one, among others), a medical illness (such as diabetes or the onset of dementia), or another mental health problem. Keep in mind that doctors, like the rest of us, can be very good about hiding an addiction, said Boyd, whose latest book, Almost Addicted, was published last month.

What should you do if you think one of your doctors has a drug or alcohol addiction? For your own protection, it would make sense to find a new doctor, though this might be difficult if there aren’t many in your area. If the doctor you are concerned about works in a group practice or a hospital setting, talk with the practice administrator, clinic chief, division head, ombudsman, or other doctor in the practice in an objective and matter-of-fact way. They are obligated to ensure that their colleagues are safe to practice medicine.

If your suspicions are strong enough, and you don’t trust the doctor’s colleagues to take appropriate action, voice your concerns to the state board of medicine. Someone there will then be obliged to do some investigating.