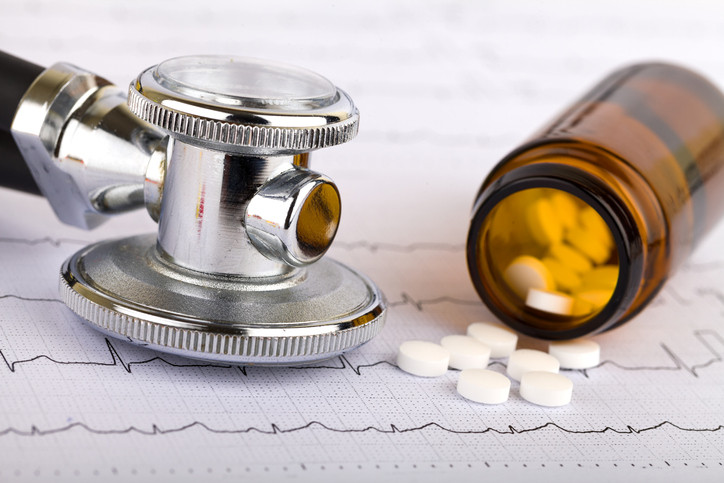 In 2019, the American Heart Association/American College of Cardiology/Heart Rhythm Society (AHA/ACC/HRS) updated their afib guidelines to strongly recommend using DOACs over warfarin in people with afib.

Warfarin is effective, but has downsides

Afib is a condition in which the upper chambers of the heart (the atria) quiver, and blood doesn’t flow well. This may lead to the formation of blood clots, which can travel to the brain and cause a stroke. Anticoagulants, which are also referred to as blood thinners even though they don’t actually thin the blood, make it harder for blood to clot and help keep existing clots from growing.

Warfarin was introduced into clinical practice for the prevention of clots associated with afib in the 1950s, and has proven to be a very effective therapy. Unfortunately, it requires close monitoring with blood tests to make certain that the blood does not clot too quickly or too slowly.

Intensive efforts were underway for decades to develop alternatives to warfarin. This resulted in the FDA approval of four DOACs for clot prevention in atrial fibrillation, beginning in 2010: apixaban (Eliquis), dabigatran (Pradaxa), edoxaban (Savaysa), and rivaroxaban (Xarelto).

The use of DOACs compared with warfarin has been studied extensively, and we now have years of experience using these drugs. DOACs are remarkably free of side effects and do not require blood test monitoring. They have proven to be as effective as warfarin to prevent clot formation, and in some cases have proven to be slightly better than warfarin.

The major complication of taking any anticoagulation medication is bleeding. This risk is present with both warfarin and the DOACs. However, the risk of the most life-threatening form of bleeding — bleeding into the brain — has been shown to be roughly 50% less likely on the DOACs compared with warfarin.

One major concern I often hear from patients and physicians is that the blood-thinning effect of DOACs is irreversible. Fortunately, we now have antidotes for all of the DOACs. (The anticoagulant effects of warfarin are easily reversed with vitamin K.)

In addition, DOACs have a more rapid and predictable effect than we see with warfarin. DOACs thin the blood within a day; once stopped, the anticoagulation effect wears off quite rapidly, within 24 to 48 hours. It can take days to weeks for warfarin to thin the blood in the correct range, and at least three to five days before the blood is no longer thinned after stopping warfarin.

We are increasingly using DOACs as a first choice for anticoagulation in afib. We are also giving many patients the option to switch from warfarin to DOACs if they are already on warfarin. In general, this change can be made easily. The only patients with afib who should stay on warfarin rather than using a DOAC are those with a mechanical artificial heart valve.

There are some small differences between the different DOACs, but they are not major and can be discussed with your physician. For example, some DOACs may be better or worse for a patient depending on his or her kidney function.

The cost of these drugs is dropping, but is certainly more than warfarin. Increasingly, insurance companies cover their preferred DOAC, which makes using a non-preferred DOAC much more expensive. For most people, using the DOAC that is least expensive based on their insurance coverage is absolutely fine.

My cardiologist says I need to stay on Warfarin.