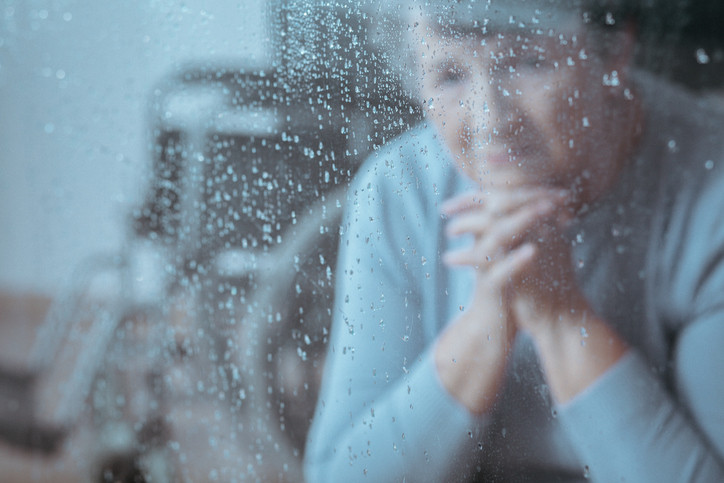 Anyone familiar with hay fever understands that weather impacts respiratory symptoms. However, many of weather’s effects on respiratory function remain unclear. One unanswered question is the extent to which storms affect people with chronic lung disease, particularly the type affecting the way air moves in and out of the lungs. These “obstructive lung diseases” are characterized by problems with airway narrowing. The most common obstructive lung diseases are asthma and chronic obstructive pulmonary disease (COPD). The two main types of COPD are chronic bronchitis and emphysema.

Obstructive lung diseases affect approximately 10% of the US population, and account for an outsized portion of hospitalizations and deaths. Indeed, COPD is the fourth most common cause of death among US adults.

In a recent article published in JAMA Internal Medicine, researchers analyzed Medicare claims from 1999 to 2012 to study whether storms led to an increase in respiratory illness-related emergency room visits in patients with obstructive lung disease. The study included 46,581,214 patients over 65 years old who had 22,118,934 emergency room visits due to respiratory complaints. Obstructive lung disease was a diagnosis in 43.6% of the patients, and included asthma (10.5%), COPD (26.5%), and combined asthma and COPD (6.6%).

The researchers used meteorological data from the US National Oceanic and Atmospheric Administration (NOAA) to identify the dates when thunderstorms occurred. The NOAA database covers the continental US and includes data relating specifically to storms: windspeed, lightning, precipitation, and temperature. It also includes information on pollen and common air pollutants including small particulate matter (less than 10 millimeters in diameter), nitrogen dioxide, sulfur dioxide, ozone, and carbon monoxide.

The authors looked for possible reasons why symptoms worsened during stormy weather. They found that a higher concentration of fine particulate matter before storms correlated with increased emergency room visits. Levels of pollen and other air pollutants did not change until after the storms had passed, making it less likely that these factors were responsible for increased respiratory symptoms.

These findings differ from other reports examining the effects of storms on asthma and COPD, which have found that the effects of wind drafts and rain on pollen could increase symptoms for patients whose lung disease is impacted by allergies (who are mostly asthmatics). Still other studies have identified changes in sulfur dioxide as a significant contributor to increased COPD symptoms during storms. At this point, it remains unclear which of these possible factors has the greatest effect on increased respiratory symptoms.

This makes it very hard to know how, or even if, patients could avoid problems with their lung disease during storms. However, given that the authors identified increases in all patient groups with obstructive lung disease, it is reasonable for people with COPD, asthma, or COPD and asthma to be aware that their symptoms might flare during storms.

Study methods had advantages and limitations

However, this study had important limitations. The patients were all over 65 and might not have been representative of most asthma patients, who are typically much younger. Also, using diagnoses identified through hospital bills did not allow the researchers to study a uniform group of patients with a narrowly defined diagnosis. Having very different patients in the same diagnostic group would make it more difficult to clearly correlate specific factors with increased symptoms. Additionally, this study did not address whether patients with non-obstructive lung diseases like idiopathic pulmonary fibrosis and hypersensitivity pneumonitis were similarly affected by storms.

One of the effects of climate change is an increase in the number and severity of storms. As the climate changes, patients with lung disease will probably have more frequent, severe worsening of symptoms requiring emergency room visits. This would both increase the burden of disease in these patients and increase the stress on our healthcare system. 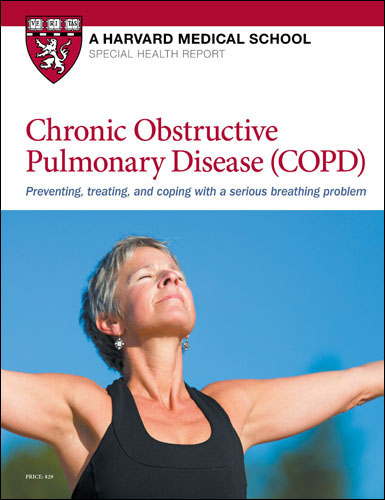 COPD: Preventing, treating, and coping with a serious breathing problem

This Special Health Report, COPD: Preventing, treating, and coping with a serious breathing problem, banishes misinformation about COPD and briefs you on today’s most important treatment advances. You will be equipped to work with your physician to create a strategy to reduce COPD’s effects. You’ll learn which medications offer the greatest relief with the fewest side effects. You’ll discover how you can improve breathing efficiency, avoid harmful symptom flare-ups, and reduce your exposure to often-overlooked irritants.