For the past several years, I used finasteride (Proscar) to treat my BPH. Although the drug reduced the size of my prostate, my body’s production of semen has diminished considerably. After talking with my urologist, I recently started taking dutasteride (Avodart) instead. Will the switch help?

What you are experiencing is, I think, relatively common with both finasteride and dutasteride, although the drug manufacturers report that this side effect is uncommon. Following a four-year, placebo-controlled study of finasteride, the makers of Proscar noted that 3.7% of the 1,524 patients taking the drug reported decreased ejaculate volume in the first year; fewer patients reported this problem in subsequent years. Other tests to evaluate semen in healthy male volunteers found a 22.1% median decrease in ejaculate volume. Avodart’s manufacturer also evaluated semen from 27 healthy volunteers who took that drug for a year. On average, their ejaculate volume decreased by 26%.

Because pharmaceutical companies conduct clinical trials under different conditions, we can’t compare their results. But a randomized, placebo-controlled, head-to-head study of both drugs published in the Journal of Clinical Endocrinology and Metabolism in May 2007 yielded similar data. Among the 73 participants who completed the trial, average semen volume dropped by 21.1% in men taking finasteride, and by 24% in those taking dutasteride over six months. Keep in mind that these numbers are averages and not necessarily what one particular person will experience.

Keep in mind, too, that even though these drugs are prescribed for the same condition, they work a bit differently. You might experience a more noticeable drop in semen volume with one drug than another. Try dutasteride and see what happens. You can always switch back to finasteride. 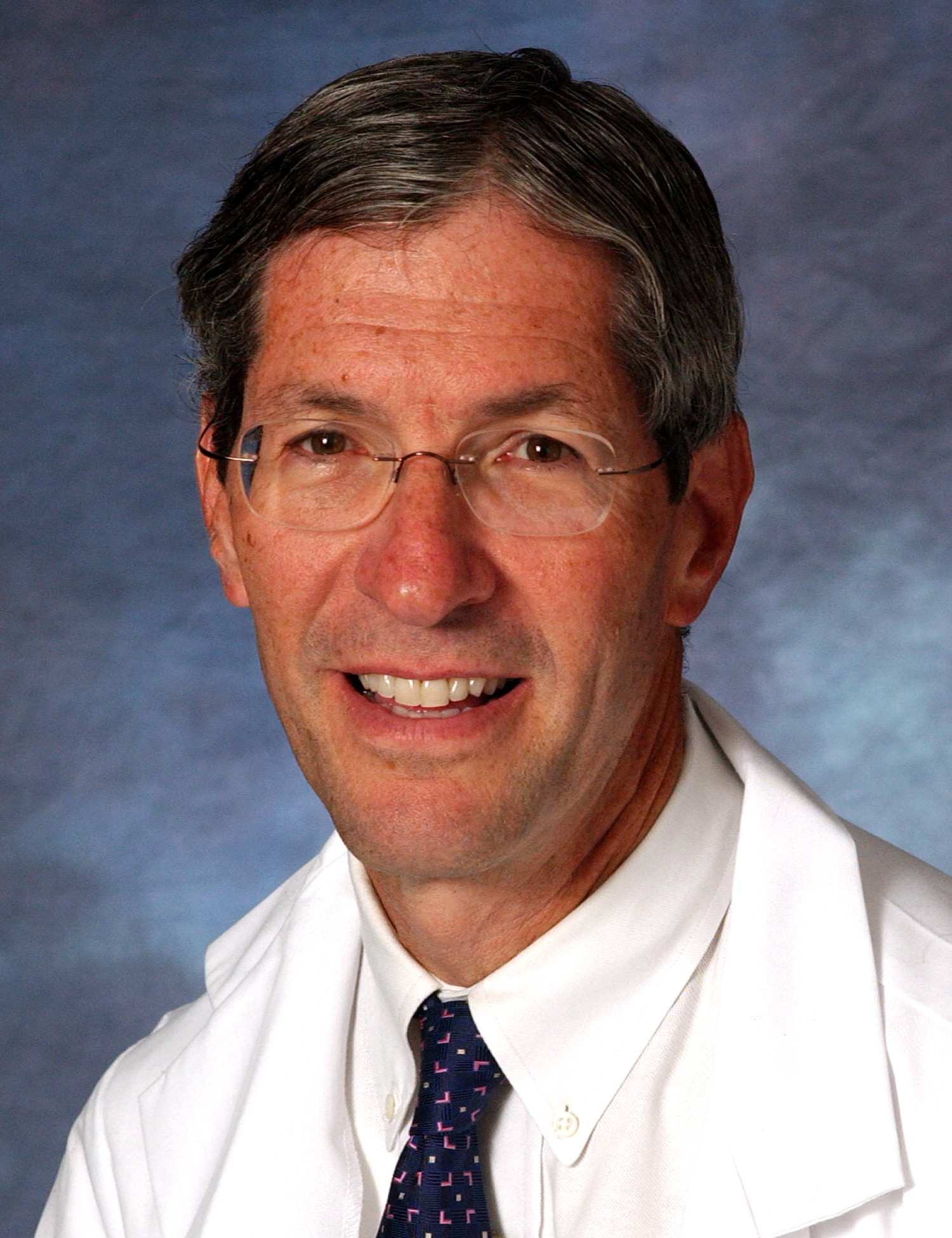 I was on tamulosin for a couple of years and yes it significantly reduced the volume of ejaculate. I recently switched to finasteride and experienced a complete and total cessation of ANY semen production whatsoever! I did this out of the desire to urinate and not die of retention! It was also to avoid the “roto-rooter” surgical procedure from the old days. Now I’m not so sure what to do??? I’m 57 and absolutely cannot pee at all without the meds.

JJ-The active ingredient in Propecia is finasteride, it’s just a lower dosage (mg) than used for BPH. I know it sucks that you have to choose between hair or a large volume of ejaculate. But such is aging I guess.
Does anyone have experience with tamsulosin decreasing the volume of semen? Does it decrease it to the extent that finasteride does?
And my two cents, if your semen volume is minuscule I for one feel like less of a man, and I feel that my partner is disappointed. instead of finishing with a smile, I finish with my brain saying what the heck? And questioning whether I should apologize to my partner. It’s not about sperm at all. It’s about the actual fluid.

A sample of one, but I had trouble conceiving for 5 months, then stopped finasteride and conceived the second month after cessation. I could tell a physical difference in semen quality, and also had a semen analysis with 28% motility and 2% morphology (vs. 40% and 4% for low-end normal ranges) while on finasteride and after those two months saw it jump to 56% motility and 4.5% morphology. For me at least, the finasteride was 100% the culprit here. I’d advise anyone looking to conceive under a <12-month time frame to stop finasteride for 2-3 months leading up trying to conceive.

I take propecia for baldness. semen volume is dramatically reduced. what used to be what I guess was “normal” is now less than 1/4 teaspoon. Still feels great of course but I definitely miss what I had

To John (the one who said what difference does it make if your semen volume shrinks since you’re probably at the age where you wouldn’t want to conceive a child),

John, I think you’re making semen synonymous with sperm. They’re two different things. Semen is simply the fluid in which the sperm travels, it’s not the sperm itself.

I’m 72 and have BPH. I was put on Finasteride by a FEMALE urologist. Bad move on my part as she didn’t bother to mention the effects it could have on my sexual experiences. Within a couple of days, my semen volume shrunk to practically nothing. Apparently, Ms. Urologist couldn’t have cared less about THAT possibility.

I have no interest in fathering a child (“sperm”) at this point in my life. But I have a HUGE interest in still having great ejaculations (“semen”). In terms of orgasm sensation, it’s the difference between having a full-course dinner and just having a puny little appetizer.

To every guy who’s seeking treatment for BPH, I urge the following: (1) Never, ever, ever get treatment from a female urologist. (Make that never, ever, ever, ever.) (2) Before you start things like Finasteride, try some of the herbal supplements like Saw Palmetto first. If you go to Amazon and search for them, you’ll find, in one particular case, that a supplement had 1834 Reviews–the great majority of which were verified buyers who highly praised the product. Do your homework before putting yourself in the hands of any doctor. And who knows, though you may not be able to father a child anymore, you may still be able to hit a target across the room when you’re in your 90’s.

It has nothing to do with her being female.
My male urologist didn’t explain the extent of the decreased ejaculate volume either!!!!!

My doctor prescribed Tamsulosin and my ejaculation stopped completely in three days. He switched me to Finasteride and, it stopped again in three days. Now, what used to be a cannon shot has become a sniveling dribble. I have stopped taken both and will try the herbal remedies.

10 days in to taking both Finasteride and Tamsulosin i cant ejaculate at all. Dont know if its worth taking what with the other side effects like slight headache for about 30 mins after taking Finasteride and dizziness. I havent to see the doctor for another 5 weeks but I am considering stopping them both until then as orgasm and ejaculation are important to me even although I am 65.

I’ve been taking dutasteride for years. Semen volume decreased rapidly. Went to all but nothing. For some unexplained reason, prodcing a bit more lately, but still way, way below “normal.”

This is an update to my post of March 23, 2017. Since stopping the finasteride, my volume has returned but not like before. Volume is low and I’m not taking it any more. I read somewhere that even if you stop taking it, you do not return to normal. Anyway, I thought I would update this. Good luck.

I started on 5 mg of finasteride. Within a week of taking it consistently my volume was gone! Gone! Nothing. Nada! Scared the xxxx out of me. Going to talk to my doctor. This just freaked me out. Hard to think about not having a normal orgasm thinking about this side effect. I thought that if had a reduction in volume I was sure I could live with it, but given this, I,just might be the one that contracts the more aggressive form of prostate cancer this medication can cause. No thanks!

Similarly I agree with Rick Bushaw regards semen volume.
I was on Tamsulosin and Finasteride together for around 8 Months and it really affected my. Ability to get erect or feel like I wanted sex. I am now only on Finasteride due to not tolerating the side effect of Tamsulosin. Too much to bare!.

Was finasteride better for you?

I just started Dutasteride and next to no ejaculate decreases my pleasure and thus my interest.

Really sucks although sleeping through the night is a big plus.

Babies or no babies it just feels so good to be able to ejaculate a good amount of semen when you have a orgasm, If you do not agree with me then you are not a man..

He is most likely a she and has NO Idea!!!

Yes I agree ,if you don’t want babies.

But it makes some men think they are less of
a man because your not producing the same amount on ejaculation.
This is how I feel and sensation is not the same because of it.

Unless you’re trying to conceive a baby, what on earth does it matter what volume of semen you produce?

Anyway someone who is at the age of having prostate problems is very unlikely to want to be having a baby.

What a narrow minded statement. There are plenty of men who would like to father a child at what would typically be considered an “advanced age.” Increased focus on education and career as pushed the avg age of first time parents by 3.6 yrs according to some stidies. Remember that is an AVERAGE. There are plenty of men in their 40’s having children and that can be when prostate problems start. Aside from that, there is a correlation between ejaculate volume, force and sensation to to the triggering of stretch receptors along the entire ejaculatory tract. Let’s stay focused on health and medicine rather than personal judgements.

Are you really a man?
I ask because the answer is obvious to any man who has ever had sex EVER!!!………

The studies show that a man’s sexual pleasure can be directly related to the volume of the ejaculate.
Little or no ejaculate does not give very satisfying orgasms.

I can attest that stopping the drug, even for just a few days, will cause your volume to return to normal. Mine has every time I’ve done this and so far my blood test results are still fine, probably because I return to taking it. Low sperm volume is hard to accept for me anyway.

It seems I lost over 70 percent of semen production taking
the above to medications. I have been taking these medications the last four month.

Same here…..i think stopping the medication will bring back the volume

Thanks for giving us detail about the two drugs which can be used, my partner used finasteride and his volume was down more than 30%… 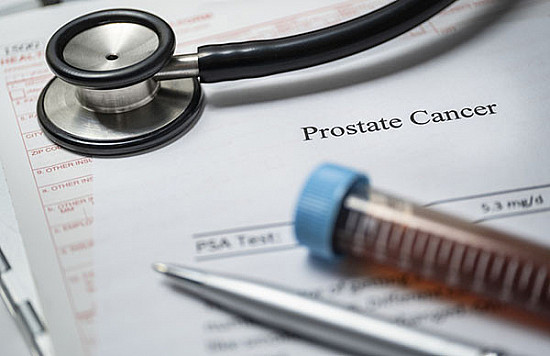