Cutting down on alcohol helps if you have atrial fibrillation 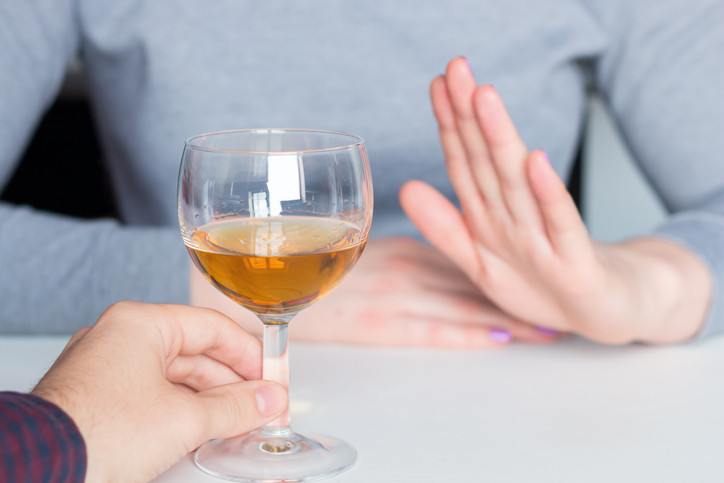 In medical school, there are lots of cutesy names that help us learn and remember things. “Holiday heart” is one of these — it reminds doctors-in-training that binge drinking alcohol can lead to an episode of atrial fibrillation (afib). The association is a real one; I have met a number of patients who suffered an unfortunate introduction to afib courtesy of a night (or weekend) of heavy alcohol intake. When that happens, we tell patients to avoid future binge drinking, as excessive drinking could cause them to have recurrent episodes of afib.

Alcohol: A known risk for afib

The association between alcohol and afib, a heart rhythm disorder in which the upper chambers of the heart (the atria) beat fast and irregularly, isn’t unique to binge drinking. In fact, there’s good evidence that in general, the more you drink, the more likely you are to develop afib.

But for patients who have known afib that isn’t associated with times of excess revelry, the advice they receive has been more likely to focus on things like reducing caffeine intake and avoiding sleep deprivation. You might think that’s because we didn’t know if reducing alcohol intake would matter. But there was evidence that either directly or indirectly (alcohol is associated with increased weight and higher blood pressure, both of which are also associated with afib), reducing alcohol intake would likely be beneficial.

It is, however, a big ask of patients; it’s easier to tell people to try to get more sleep than to tell them that they have to give up their nightly glass of wine. And it wasn’t clear how much benefit they would buy themselves by making that sacrifice. But now, we have some evidence to fill in that knowledge gap.

This month, a group of Australian researchers published a study in the New England Journal of Medicine looking at the effect of modifying alcohol intake in patients who had known afib. To get into the study, participants had to drink a moderate amount of alcohol. The study defined moderate as 10 or more “standard” drinks (that is, 10 or more drinks containing about 12 grams of pure alcohol) a week. Patients with evidence of alcohol dependence or abuse could not be enrolled in the study, but a pattern of binge drinking was allowed.

Once in the study, patients were randomly assigned to either continue drinking as they had been, or to abstain from alcohol for six months. All study participants were asked to send an electrocardiogram (EKG) twice daily using a mobile phone app, unless they already had a pacemaker or implantable loop recorder that could be used to monitor their heart rhythm. If they experienced symptoms, they were to transmit additional heart rhythm tracings during and after those symptoms, as well.

Afib less likely to occur in patients who drink less

The researchers wanted to see if afib was less likely to occur in patients who drank less alcohol, and in fact that’s what they found. Afib was less likely to recur in the abstinence group, and when it did occur, it took longer to appear than was the case in the control group (those that continued to drink as usual).

An important point is that the small size of the study was in part because a lot of people don’t want to consider giving up alcohol. In fact, over 70% of patients who were eligible for the study were unwilling to enroll in it because they didn’t want to stop drinking alcohol.

Lifestyle changes have to be tolerable — and sustainable —in order to be effective. But for patients who are willing to reduce their alcohol intake or eliminate it completely, this study suggests that they may have less afib as a result. And some people will likely find this to be an acceptable trade-off.

Less-invasive treatment for unsightly leg veins as good as surgery