A study asks whether people who eat a lot of fish have a higher risk for the skin cancer melanoma. 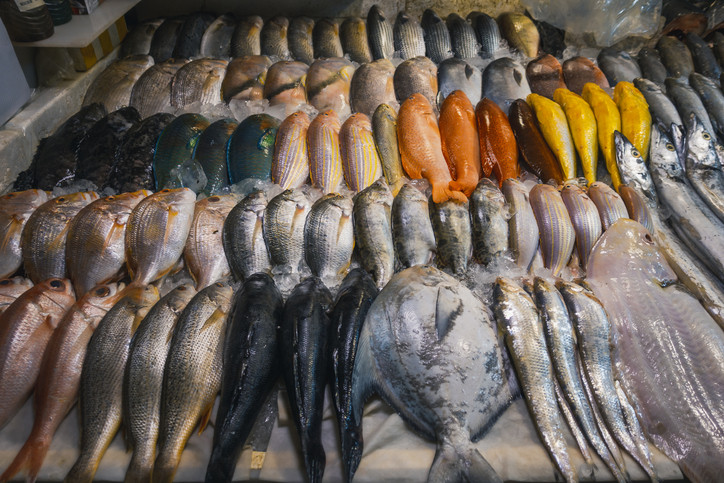 If you’re trying to stick to a healthy diet, fish is a good choice, right? After all, fish is high in protein, low in saturated fat, and a good source of omega-3 fatty acids, vitamin D, and many other nutrients. Eating more fish can mean eating less of foods with harmful fats and higher calorie counts. Indeed, nutritionists commonly recommend more seafood (and fewer cheeseburgers) to improve your diet, and nutrition guidelines promote fish as part of a healthy diet.

So, it seems surprising that a new study in Cancer Causes and Control suggests a link between eating fish and skin cancer, particularly since the biggest known risk factor for melanoma is not dietary ­–– it’s sun exposure. Having five or more sunburns in your life doubles your risk of developing melanoma.

Melanoma, the most serious type of skin cancer, is responsible for more than 7,500 deaths in the US each year. And cases are on the rise.

In the new study, researchers found a higher risk of melanoma among people who ate the most fish. This study is among the largest and most well-designed to examine this link. Nearly 500,000 people in six US states completed a dietary questionnaire in 1995 or 1996. The average age of participants was 61 and 60% were male. More than 90% were white, 4% were Black, and 2% were Hispanic.

Over the following 15 years, the researchers tallied how many people developed melanoma, and found that:

No, it doesn’t. It’s too soon to make definitive conclusions about the relationship between fish in our diets and melanoma. The study had important limitations, including

Are some fish safer to eat than others?

The study did not explore this question. However, if contaminants like mercury in fish are responsible for increasing the risk of melanoma, the FDA offers advice on which fish are safer to eat, particularly for children and those who are pregnant or breastfeeding.

Yet even if fish is confirmed as a contributor to the risk of melanoma, other positive effects of fish consumption (such as cardiovascular benefit) may far outweigh this risk.

The researchers responsible for this study are not recommending a change in how much fish people eat. More study is required to confirm the findings, investigate which types of fish affect melanoma risk, and determine whether certain contaminants in fish are responsible for any added risk.

In the meantime, fish with lower mercury levels (such as salmon and clams) remain better dietary choices than the high-fat, highly processed foods typical of many Western diets.

If you’re planning to spend a lot of time outside this summer, limiting sun exposure and using sunscreen will likely have a bigger impact on skin health and your overall health than avoiding seafood.