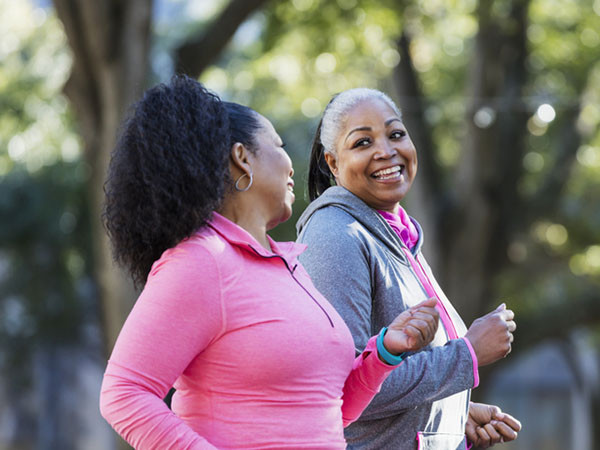 On September 2, 2021, the World Health Organization estimated that more that 55 million people are currently living with dementia, with that number rising to 78 million by 2030 and 139 million by 2050. What can you do to keep yourself from being part of this flood of dementia? There is new evidence from two studies by investigators at Rush University in Chicago that cognitive and physical activities can make a real difference in the development of Alzheimer’s disease — the most common cause of dementia.

Cognitive activity and the age of onset of Alzheimer’s disease

In the first study, investigators asked 1,903 older individuals without dementia in the Rush Memory and Aging Project to report how often they participated in cognitively stimulating activities. These individuals were 75% women, 89% white and of non-Latin descent, and had a median income between $35,000 and $49,999. The cognitively stimulating activities measured were how often they spent reading, visiting a library, reading newspapers, reading magazines, reading books, writing letters, and playing games (like checkers or other board games, cards, puzzles, etc.). Over about seven years, the investigators found that 457 individuals were clinically diagnosed with Alzheimer’s disease. Importantly, those individuals with high levels of cognitive activity (top 10%) developed Alzheimer’s at an average age of 93.6 years — five years later than those individuals with low levels of cognitive activity (bottom 10%), who developed the disease at an average of 88.6 years.

This carefully conducted study controlled for education, early life cognitive activity, social activity, and loneliness. They also looked for "reverse causality" — that is, whether their finding was due to the possibility that those people who had more Alzheimer’s pathology (the amyloid plaques and tau tangles that can be seen under a microscope) were likely to stop participating in cognitive activities several years prior to their diagnosis. Autopsy pathology data was available for 695 of the 1,903 individuals. The investigators found that the amount of pathology from Alzheimer’s and other disorders was not related to cognitive activity. The authors concluded that a cognitively active lifestyle in old age may boost cognitive reserve, delaying the onset of clinical Alzheimer’s disease by up to five years.

Physical activity and the pace of cognitive decline

Take charge of your cognitive destiny

These studies are important because they show that, despite an equivalent amount of Alzheimer’s pathology (measured at autopsy in the first study and by blood in the second), individuals who were more cognitively and physically active were able to delay their clinical Alzheimer’s disease diagnosis and cognitive decline. This means that even if you are likely by family history — or bad luck — to develop Alzheimer’s disease at some point in your life, you can delay the onset of the disease by staying cognitively and physically active, and you can start at any age. So ramp up your cognitive activities, increase your physical activities, engage in a brain-healthy lifestyle, and take control of your cognitive destiny today!