Can I take something to prevent colorectal cancer? 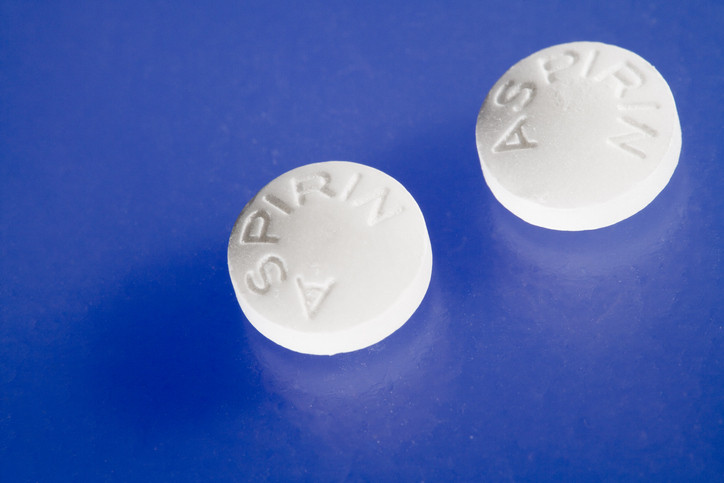 Colorectal cancer (CRC) is the second leading cause of cancer death in the United States. There is compelling evidence that screening to detect CRC early to find and remove precancerous polyps can reduce CRC mortality. However, screening has associated harms, including procedural complications, and inherent limitations. For example, colonoscopy, the most common screening tool in the US, is less effective in preventing cancers of the right, or ascending side, of the colon compared with cancers of the left, or descending, side of the colon.

Moreover, only 60% of US adults recommended for screening actually follow through. Even under the best circumstances, screening is resource-intensive, requiring time, equipment, and a trained doctor to perform the procedure, and cannot be widely implemented in many parts of the world. Thus, alternatives to screening to effectively prevent CRC are a high unmet need.

What are alternatives to screening for prevention of colorectal cancer?

Adherence to healthy lifestyle habits, including maintaining a healthy body weight, keeping physically active, and abstaining from tobacco, can reduce risk of CRC in all individuals. These habits also help prevent other chronic health conditions.

In addition to lifestyle, chemoprevention — the use of agents to inhibit, delay, or intercept and reverse cancer formation — also holds significant promise. The ideal chemopreventive agent, or combination of agents, requires the benefits to outweigh the risks, especially since effective prevention likely requires long-term use. Many different agents have been proposed and studied over the last several decades.

In an article published in the journal Gut, researchers performed a systematic review, analyzing data from 80 meta-analyses or systematic reviews of interventional and observational studies published between 1980 and 2019, examining use of medications, vitamins, supplements, and dietary factors for prevention of CRC in people of average risk.

The authors found that regular use of aspirin, nonsteroidal anti-inflammatory drugs (NSAIDs) such as ibuprofen (Advil, Motrin) or naproxen (Aleve), magnesium, and folate is associated with decreased risk of CRC. In addition, high consumption of fiber, fruits and vegetables, and dairy products also appears to be associated with reduced risk. In contrast, heavy alcohol intake and high red or processed meat consumption is associated with an increased incidence of CRC. There was no evidence of any protective benefit for tea, coffee, garlic, fish, or soy products.

The strongest level of evidence for a protective benefit exists for aspirin, which includes “gold standard” randomized controlled trials showing that regular use of aspirin reduces risk of precancerous adenomatous colon polyps, the precursor to the vast majority of CRC. The level of evidence is low to very low for other protective agents, including NSAIDs, magnesium, and folate.

The limitations of this review include variation in the included study populations, study designs, dosing of the studies’ agent or agents and duration of exposure, and follow-up time. This reflects the inherent challenges of conducting studies of preventive agents for CRC, which require large numbers of participants and long-term follow-up (it takes several years for normal colon tissue to transform into a polyp and then a CRC).

What do I tell my patients?

Despite a low level of supporting evidence, efforts to prevent cancer through dietary interventions, such as eating a high-fiber diet and minimizing intake of red meat, are reasonable to recommend broadly, since they are generally not associated with negative consequences.

However, interventions that involve taking medications generally require a higher standard of evidence, since they are associated with the potential for adverse effects. Among drugs proposed for chemoprevention of CRC, I believe aspirin has perhaps the strongest level of evidence supporting potential effectiveness, a conclusion shared by the review. The studies included in this systematic review led the US Preventive Services Task Force (USPSTF) to recommend low-dose (81 milligrams per day) aspirin for joint prevention of CRC and cardiovascular disease (CVD), for individuals ages 50 to 59 with a 10% 10-year risk for a CVD event. However, the USPSTF cautioned about the potential harms of aspirin, including gastrointestinal bleeding.

I generally recommend aspirin use for prevention of CRC only after a detailed discussion of potential risks and benefits, while acknowledging the lack of broader population-based recommendations or conclusive data supporting use in additional age groups or based on other risk factors.

I have UC for the last 35 years. The regular check and colonoscopy have helped to live a normal life. I have suffered whenever I was negligent about my diet and ate outside The intake of diet has also played a significant role in my health.

It is informative and useful.