Cryotherapy: Can it stop your pain cold? 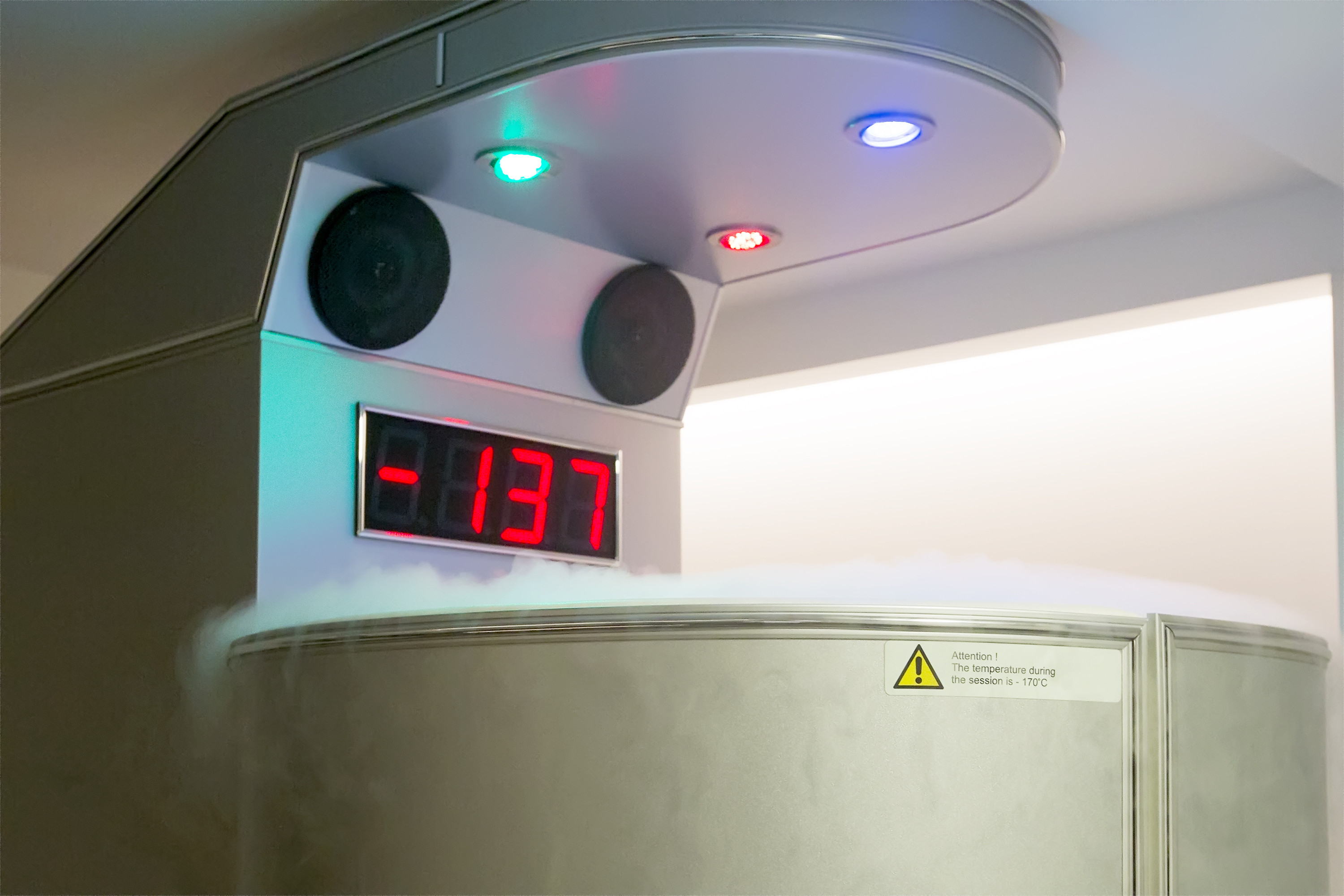 Let’s say you’ve started working out at the gym and you’re wondering what you can do for your aching muscles. How does this sound? Put on a pair of gloves, shoes, socks, and a protective headband to cover your ears and face — but wear little else. Then step into a cold room for three to four minutes. By “cold” I mean really cold: between −100° C and −140° C (which is −148° F to −220° F)!

If that sounds good to you (really?), you may already be using whole body cryotherapy (WBC). And if it sounds terrible to you (or just strange), perhaps you haven’t heard of this increasingly popular “treatment” for sports injuries and a host of other conditions. It’s become even more popular in recent years as celebrities and professional athletes have embraced it. (I’m going to resist the temptation to namedrop here… okay, just a few: Justin Timberlake, Jennifer Aniston, and LeBron James reportedly engage in WBC. If you feel compelled, you can Google “cryotherapy celebrities” to find out about others).

The idea comes from the simple observation that applying ice or other types of cryotherapy (cold treatment) can provide pain relief for inflamed, injured, or overused muscles. Another version of cryotherapy is to soak a sore area (such as an arm or leg) or the entire body in cold water (called cold water immersion, or CWI).

According to websites promoting whole body cryotherapy, it may be recommended for “anyone who wants to improve their health and appearance” — which by my estimation would be just about everyone — as well as for

And the list goes on. However, the escalating claims of benefit and rising popularity led the FDA to warn consumers recently that, “If you decide to try WBC, know that the FDA has not cleared or approved any of these devices for medical treatment of any specific medical conditions.”

Good question! One website offering WBC services recommended that customers perform their own search of the medical literature. That doesn’t exactly inspire confidence. Another provided links to dozens of studies that varied so much it was hard to know what to make of them. For example, the temperatures of the cold chambers varied, as did the duration and number of treatments across studies. Some assessed elite athletes or active adults who were generally young and fit, but still others enrolled people with chronic illnesses, such as rheumatoid arthritis and multiple sclerosis. And then there’s the question of how to define success. Each study had its own way of assessing the response to treatment.

A recent review of the evidence found that WBC

What are the downsides of whole body cryotherapy?

While whole body cryotherapy is generally considered safe and few problems have been reported with its use, some people are advised to avoid WBC because it may worsen conditions such as

Local irritations, including skin burns, have been reported, although these should be avoidable with proper preparation.

Perhaps the biggest downside is cost. While first visits may be offered at a discount, a single session may run $20 to $80, and a course of treatment can cost several hundred dollars (and is not typically covered by health insurance in the US).

From the available evidence, it’s hard to know if whole body cryotherapy reliably prevents or treats any particular condition, or if it speeds recovery or improves athletic performance. And even if it did, there’s little proof that it’s more helpful than much less expensive cryotherapy options, such as simply applying ice to a sore area.

My guess is that the lack of convincing evidence that WBC works is unlikely to diminish its popularity. As long as people are convinced it’s helping (and as long as they can afford it), WBC is here to stay… at least until the next “big thing.”