The whole grain goodness of modern and ancient grains 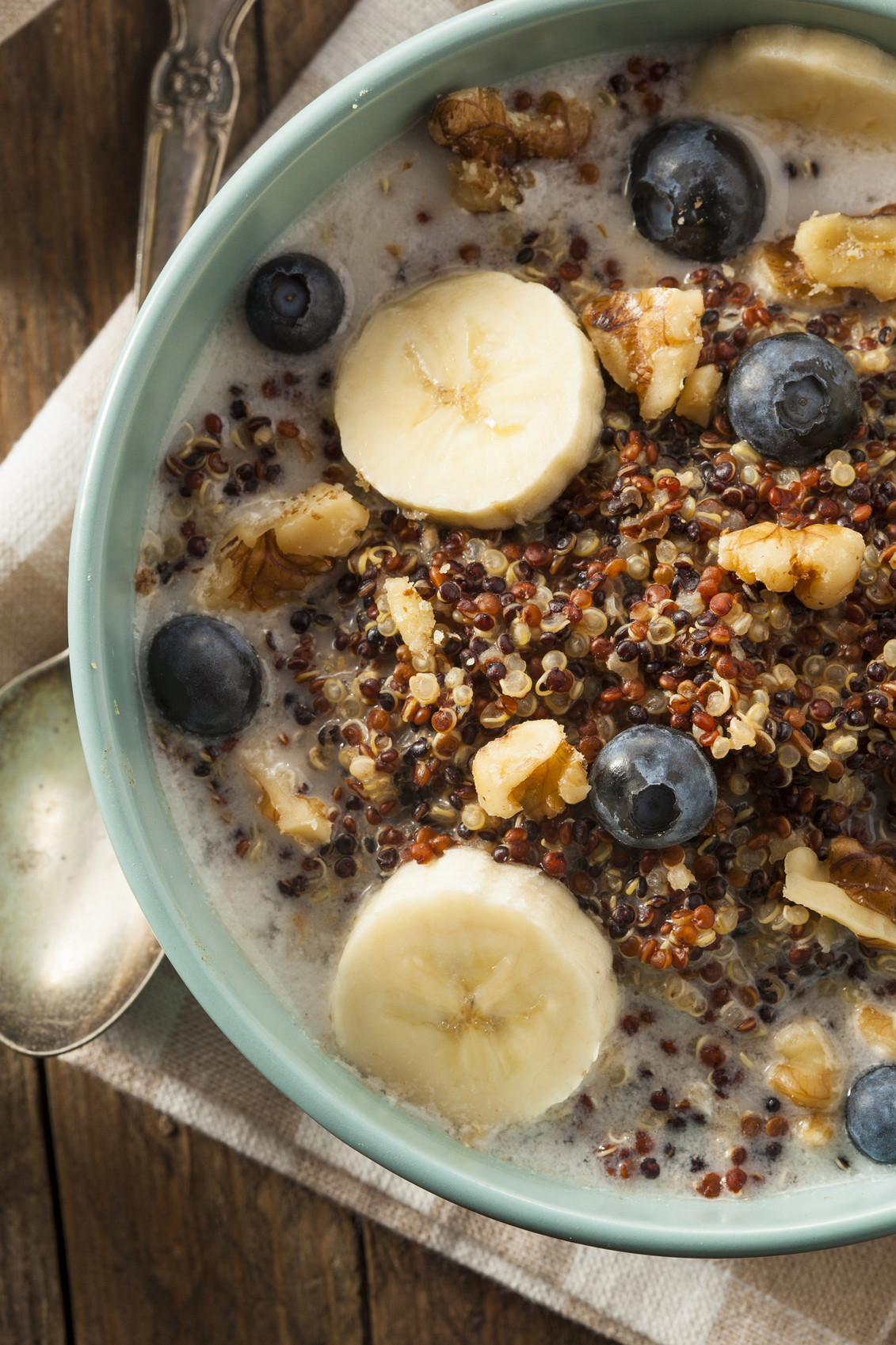 I grew up in the 70s and 80s, and every once in a while a TV commercial would tout a product with the “goodness of whole grains,” like it was some earth-shattering news that would make your mom floor it to the grocery store. Back then it probably was impressive, since many popular foods were loaded with refined grains and added sugar (I’m talking to you, spongy lunchbox treats and cereals with prizes inside the box).

Maybe that’s why some whole grains, called ancient grains, are now trending among foodies, even showing up on the list of the National Restaurant Association’s “What’s Hot in 2016” culinary forecast.

What are ancient grains?

Unlike modern grains such as wheat, corn, and rice, ancient grains have never been processed through hybridization or genetic modification; they’re grown just as they were a thousand years ago. They have exotic-sounding names like teff, einkorn, emmer, amaranth, millet, quinoa, black rice, black barley, and spelt. And they pack a nutritional wallop. “Generally speaking, they offer more protein, fiber, and vitamins than modern grains,” says Debbie Krivitsky, a registered dietitian at Harvard-affiliated Massachusetts General Hospital. For example, a cup of cooked teff has 10 grams of protein and 7 grams of fiber, compared with 5 grams of protein and 3 grams of fiber in a cup of cooked modern brown rice.

Nutrition isn’t the only difference. Ancient grains sometimes have more calories than modern grains. In our example of teff and brown rice, teff has 255 calories per cup, compared to brown rice, which has 216 calories. Furthermore, a cup of cooked modern oatmeal has only 124 calories, and a cup of cooked modern corn has only 74 calories. In addition to the higher calorie content, there is another difference between the two forms of grains: ancient grains tend to cost more than modern grains.

Just because ancient grains are “in” right now, it doesn’t mean you should discount modern whole grains. All whole grains are better for you than refined grains. Whole-grain kernels have three parts — the bran, endosperm, and germ — that give you phytonutrients, vitamins, and antioxidants, which protect against chronic disease. “Refined grains get rid of the bran and germ in the processing, and you lose the fiber and many of the nutrients,” says Krivitsky.

Many whole grains contain plenty of fiber, which helps lower cholesterol, improves digestion, and controls blood sugar. “It’s okay to eat lower-fiber whole grains. Just make sure you include other foods that are high in fiber, such as fruit and vegetables or high-fiber breads, cereals, and crackers,” says Krivitsky.

The takeaway message is to vary your whole grains. “Keep eating oatmeal and brown rice if you like it, but add in some ancient grains from time to time,” suggests Krivitsky. Enjoy ancient grains as a side dish to a meal, or sample products that contain ancient grains, such as breads, cereals, and pastas.

When buying any whole-grain product, to ensure that you are getting an appreciable serving of that grain, make sure it’s one of the first ingredients listed; ingredients are listed by quantity, in descending order. Also, make sure there’s not a lot of added sugar, which takes away from the value of the food.

And remember to watch your calories when eating any grains. “Some of these are calorie-dense foods, so you really have to be mindful of portions or you may gain weight. But you can have less and still get more nutrients,” says Krivitsky.