For people who are obese, the operation known as gastric bypass surgery has been hailed as something of a miracle. In addition to rapid weight loss, it can reverse diabetes and reduce the risk of heart disease. A new study reveals potential darker side—an increase in alcohol abuse.

In a presentation at yesterday’s annual meeting of the American Society for Metabolic and Bariatric Surgery, researchers reported that almost 11% of nearly 2,000 men and women who underwent gastric bypass surgery (the most common type of obesity surgery) got in trouble with drinking by the second year after surgery. About 7% drank too much before the operation, representing a 50% increase. The results were simultaneously released online by the Journal of the American Medical Association.

This finding shouldn’t steer people who could benefit from gastric bypass surgery away from the procedure. But it should prompt them—and their doctors—to be on the lookout for changes in alcohol use or abuse afterward.

In a gastric bypass procedure (sometimes called a Roux-en-Y procedure), a surgeon uses staples to create a small pouch in the stomach. This essentially separates the pouch from the rest of the stomach. The pouch is then connected to a loop of the small intestine that is beyond its first section (see the figure below). The smaller stomach pouch makes a person feel full after eating a small amount of food. Bypassing the first section of the intestine also makes it more difficult for the body to absorb calories.

A less invasive approach is laparoscopic adjustable gastric banding. Working through small holes in the abdomen, a surgeon wraps an adjustable band around the upper stomach. This creates a small pouch with a narrow opening that empties into the rest of the stomach. Like gastric bypass, it makes a person feel full after eating only a small meal or snack. But it does not bypass the stomach.

Alcohol and the stomach

The researchers could not pinpoint why gastric bypass may lead to problems with alcohol. But there are some possible explanations.

This is similar why women are more sensitive to alcohol than men. Women have less alcohol dehydrogenase in their stomach linings than men, so more alcohol makes its way into the bloodstream. That’s why one alcoholic drink for a woman has about twice the effect as one for a man.

Interestingly, women in the study who had gastric bypass did not have a significant increased risk of alcohol use disorder. Men, especially young men, were at highest risk.

Earlier studies linking alcohol problems after gastric bypass surgery had researchers speculating that people were trading their addiction for food for an addiction to alcohol. This study discounts that idea, in large part because people who underwent gastric banding (in whom alcohol came in contact with the full stomach lining) were not more likely to develop alcohol problems.

If you are a candidate for obesity surgery and are thinking about having the procedure, talk with your doctor about all of the benefits and risks. If you have a gastric bypass, perhaps the safest thing to do is avoid alcohol completely for the first year. If you’d find that difficult to do, limit your alcohol use to one drink a few times per week. Be aware of how much alcohol you consume, and whether you feel it is causing problems in your life. 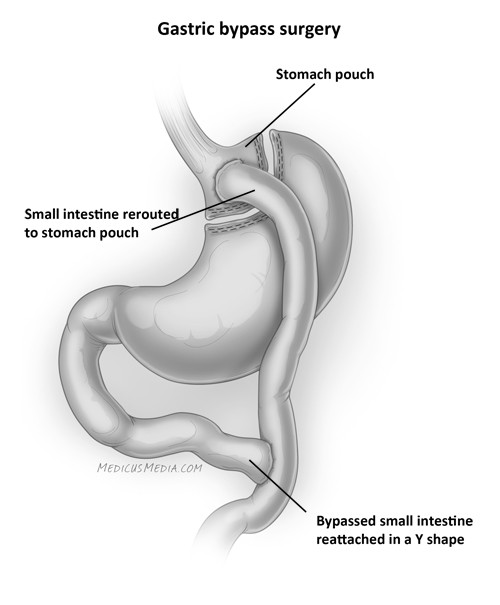