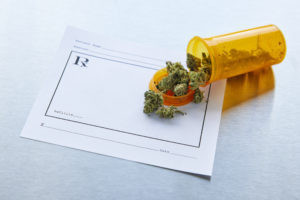 The idea of using marijuana to mitigate the opiate crisis may seem counterintuitive to many people in the medical community. Some healthcare providers ask questions like, "Aren’t we just replacing one drug with another?" and "Doesn’t marijuana present its own set of dangers, such as addiction, dependency, and other health concerns?"

Medical marijuana is a divisive issue, and many intelligent, thoughtful people voice these concerns. Other people view cannabis research as an open and exciting field of discovery, and they want to advance marijuana as a safer option for patients who are managing chronic pain.

There is some common ground

People from both pro and con sides of the medical marijuana debate agree we need to study the medical benefits, safety, and dosing of marijuana, so that we can use it for difficult-to-manage diseases, such as opiate addiction and chronic pain. We now have data on how access to marijuana via medical marijuana dispensaries affects opioid use, and it’s positive. According to two studies recently published in JAMAInternal Medicine, the rate of opiate prescriptions is lower in states where medical marijuana laws have been passed.

The other study analyzed Medicaid prescription data from 2011 to 2016, and that analysis showed that states that have implemented medical marijuana laws have seen a 5.88% lower rate of opioid prescribing, and when they implemented adult-use (i.e., recreational use) marijuana laws, there was a 6.38% reduction in opiate prescribing.

In the editorial accompanying these studies, the authors noted, "We do not know whether patients actually avoided or reduced opioid use because of increased access to cannabis (marijuana)." However, given that millions of prescriptions for opiates were not written, and consequently there were millions fewer bottles of prescription opiates consumed, sold, diverted, or abused, it does not seem to be too big a leap to infer that opiate use was avoided, or at least reduced.

In the same editorial, the authors make two more important points. The first alludes to research that shows opiates and cannabinoids (the active molecules in marijuana) use overlapping signaling systems in the body having to do with drug tolerance, pain, and dependence. This common mechanism would support and help explain stories of patients who describe a decreased need for opiates to treat chronic pain after starting to use medical cannabis. Second, the authors cited a 2014 study, also published in JAMA, which showed that "states with medical cannabis laws had a 24.8% lower mean annual opioid overdose mortality rate compared with states without medical cannabis laws." The fact that opioid overdose deaths appear to be falling in states with medical marijuana laws complements this new research that suggests that fewer opiates are being prescribed.

Doctors and their patients can discuss medical marijuana

Just as there is disconnect among different members of the medical community about fundamental conceptions of marijuana, there is a large disconnect between patient and physician approval ratings of medical marijuana. Patients are loudly clamoring for more and better quality information from their doctors. An April 2017 Quinnipiac University poll showed that 94% of Americans support "allowing adults to legally use marijuana for medical purposes, if their doctor prescribes it."

Healthcare providers, whether they are pro-, neutral, or anti-medical marijuana, need to leave their prejudices outside the exam room. Physicians need to create a climate where patients feel they can be open with us, so that we can know if and how they are using medical marijuana. Physicians can be in a position to advise them on the risks and benefits of safe usage, and meaningfully contribute to the conversation (assuming that we ourselves have a modicum of education on this issue). Once we are all on the same page, guided by evidence in new studies about reduced opiate use and adding medical marijuana to the pain relief arsenal, we can start helping patients to minimize their use of opiates.