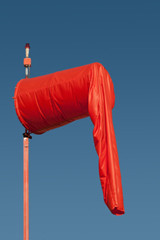 Thanks to an aging population and a lot of direct-to-consumer advertising, many American men of a certain age know to ask about the “little blue pill” or similar medications if they develop erectile difficulties. But is an erectile dysfunction (ED) drug like sildenafil (Viagra) or its competitors always the best place to start? That’s an open question, especially among men with low levels of testosterone.

Before Viagra appeared on the scene in 1998 and transformed the treatment of erectile dysfunction, testosterone was an important medical therapy for it. Testosterone is central in the male sexual response, including the desire for sex and the mechanics of triggering an erection.

To be sure, getting more of this hormone isn’t a universal solution for ED. Some men with erectile problems have perfectly normal amounts of testosterone. Many doctors won’t consider prescribing testosterone unless certain other symptoms are also present, such as decreased desire for sex (libido) and fatigue. And boosting testosterone doesn’t always improve erections. But it is an option on the table for men with low testosterone.

“It’s well established that testosterone by itself, for men with sexual dysfunction that includes erectile dysfunction, can improve erections in the majority of men who take it,” says Dr. Abraham Morgentaler, an associate clinical professor of urology at Harvard-affiliated Beth Israel Deaconess Medical Center.

One potential advantage to the “testosterone first” approach is that could make it unnecessary to take a pill in the anticipation of a sexual encounter. Also, men with low testosterone and symptoms may experience extra benefits of testosterone replacement, such as more “pep” and more desire for sex in the first place.

Call in the cavalry?

The current ED medications belong to a class of drugs known as PDE-5 inhibitors. They enhance blood flow to the spongy tissues in the penis, which creates an erection. Several competitors have since leapt into this lucrative market: tadalafil (Cialis), vardenafil (Levitra), and avanafil (Stendra).

Today, one of these drugs is usually the first treatment a primary care doctor recommends for erectile complaints—not testosterone. That’s because they tend to work more reliably than testosterone, and the response is usually quicker. But like testosterone, they don’t work for about 30% of men who try one.

Men with ED who also test low for testosterone may be offered a hormone boost, frequently in the form of a rub-on gel applied daily, in addition to an ED drug. Does this make a difference? To find out, a team of researchers based at Boston University Medical School conducted a study involving 140 men with low testosterone. Half took Viagra and used a daily testosterone gel, while the other half took Viagra and used a placebo gel.

Adding testosterone to Viagra didn’t make a difference. Erections, desire for sex (libido), and sexual activity were the same in both groups.

“One of the central findings of the study is that sildenafil works extremely well,” says Dr. Matthew Spitzer, the lead author of the study, which was published in the Annals of Internal Medicine.

The researchers speculate that Viagra may supercharge the process that creates erections beyond the point at which testosterone could add anything more. In other words, for these men the Viagra worked so well that there was little room for improvement. “Once a guy has a good erection,” Dr. Morgentaler says, “how are you going to make him do better on testosterone?”

More and more, erectile dysfunction is being viewed as a systemic medical problem. In some studies, ED is like the canary in a coal mine for a future heart attack. That’s because ED is often due to atherosclerosis—the same artery-clogging process that usually precedes heart attacks and strokes. So it should be approached more systematically than just starting with an ED drug.

If a man notices he is having trouble getting or sustaining an erection, and other things in his life are relatively stable, then a conversation with a doctor is in order. A blood test for testosterone is a good next step. If the testosterone level is low, then trying testosterone replacement makes sense. If that doesn’t improve erections, then it’s time to try an ED drug.