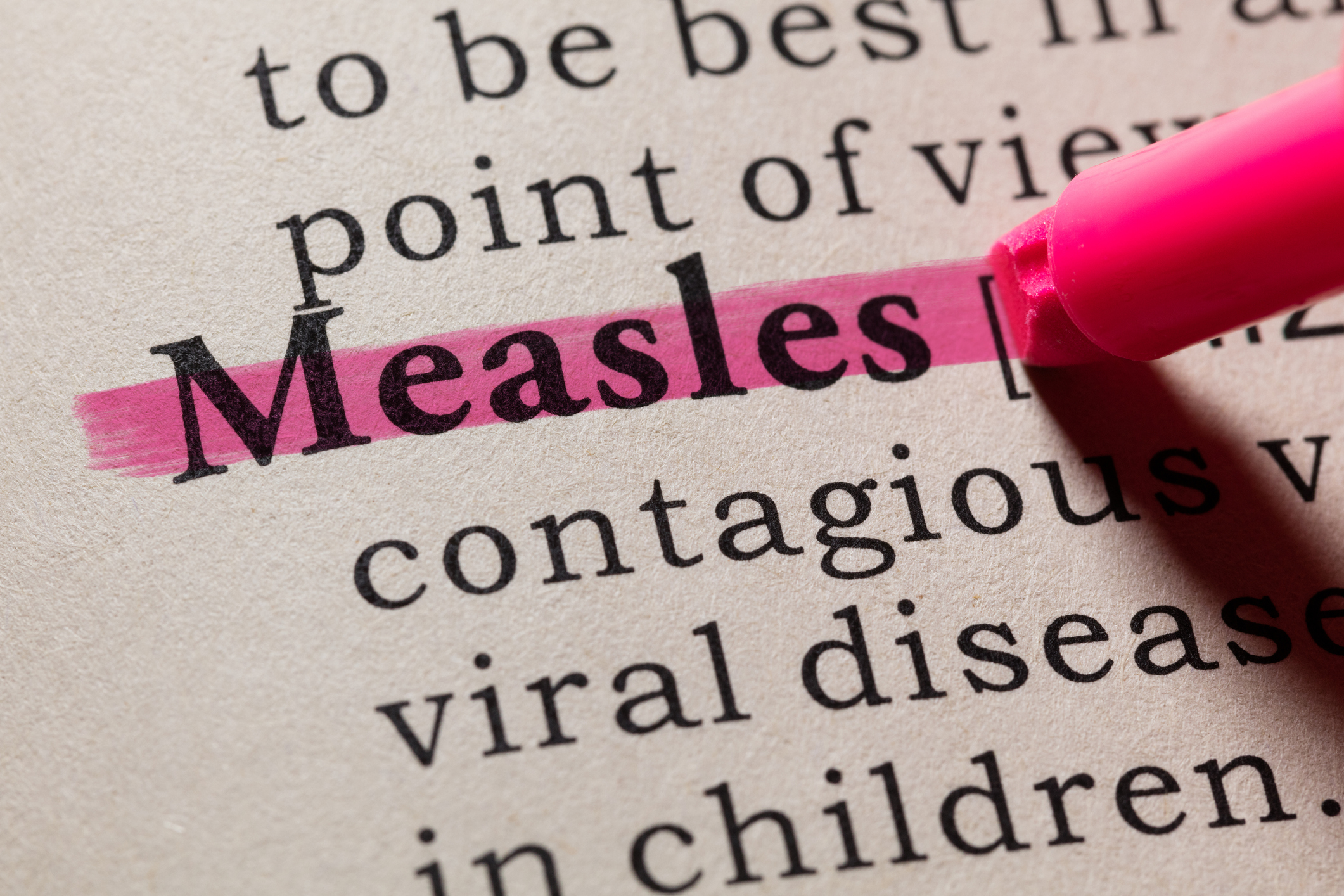 We are in the midst of a measles outbreak here in the US, with cases being reported in New York City, New York state, and Washington state. In 2018, preliminary numbers indicate that there were 372 cases of measles — more than triple the 120 cases in all of 2017 — and already 79 cases in the first month of 2019 alone. Here are four things that everyone needs to know about measles.

This is a point that can’t be stressed enough. A full 90% of unvaccinated people exposed to the virus will catch it. And if you think that just staying away from sick people will do the trick, think again. Not only are people with measles infectious for four days before they break out with the rash, the virus can live in the air for up to two hours after an infectious person coughs or sneezes. Just imagine: if an infectious person sneezes in an elevator, everyone riding that elevator for the next two hours could be exposed.

The first symptoms of measles are a high fever, cough, runny nose, and red, watery eyes (conjunctivitis), which could be confused with any number of other viruses, especially during cold and flu season. After two or three days people develop spots in the mouth called Koplik spots, but we don’t always go looking in our family members’ mouths. The characteristic rash develops three to five days after the symptoms begin, as flat red spots that start on the face at the hairline and spread downward all over the body. At that point you might realize that it isn’t a garden-variety virus — and at that point, the person would have been spreading germs for four days.

Measles can be dangerous

The measles vaccine, usually given as part of the MMR (measles-mumps-rubella) vaccine, can make all the difference. One dose is 93% effective in preventing illness, and two doses gets that number up to 97%. In general the first dose is usually given at 12 to 15 months and the second dose at 4 to 6 years, but it can be given as early as 6 months if there is a risk of exposure (as an extra dose — it doesn’t count as the first of two doses and has to be given after 12 months), and the second dose can be given as soon as 28 days after the first.

The MMR is overall a very safe vaccine. Most side effects are mild, and it does not cause autism. Most children in the US are vaccinated, with 91% of 19-to-35 month-olds having at least one dose and about 94% of those entering kindergarten having two doses. To create “herd immunity” that helps protect those who can’t get the vaccine (such as young infants or those with weak immune systems), you need about 95% vaccination, so the 94% isn’t perfect — and in some states and communities, that number is even lower. Most of the outbreaks we have seen over the years have started in areas where there are high numbers of unvaccinated children.

If you have questions about measles or the measles vaccine, talk to your doctor. The most important thing is that we keep every child, every family, and every community safe.