The word dementia means "deprived of mind." It's a catchall term that covers the memory loss, confusion, changes in personality, and dwindling ability to perform everyday activities that affect millions of older people. One main cause of dementia is Alzheimer's disease. The second most common type of dementia is vascular dementia. It develops when cholesterol-clogged blood vessels can't deliver enough oxygen to the brain. Small blockages deprive some brain cells of oxygen, causing a series of small strokes that kill brain cells.

The brain damage is often so small and so subtle that it goes unnoticed. The mental deterioration proceeds in a stepwise pattern, in which a person experiences some cognitive decline, stabilizes, then gets worse after another undetected stroke.

Vascular dementia can also develop after a person has a major stroke . This may cause an abrupt mental change, sometimes accompanied by paralysis or slurred speech.

Symptoms of vascular dementia include:

Symptoms depend on the area and extent of brain damage. Thus, the cardinal feature of Alzheimer's — memory loss — may or may not be present in someone with vascular dementia. Likewise, specific thinking deficits may appear (such as difficulties calculating), while other aspects of cognition (such as ability to plan) remain stable.

A number of factors put people at greater risk for developing vascular dementia. These include high blood pressure, high cholesterol, diabetes, and heart disease. Risk also goes up for people who smoke or are overweight.

Once vascular dementia develops, treatment options are limited. Drugs available for Alzheimer's are sometimes helpful, but offer at best temporary and modest protection of thinking skills and memory. 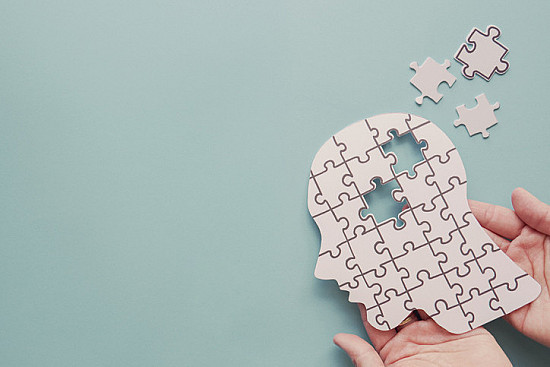