Why stress causes people to overeat 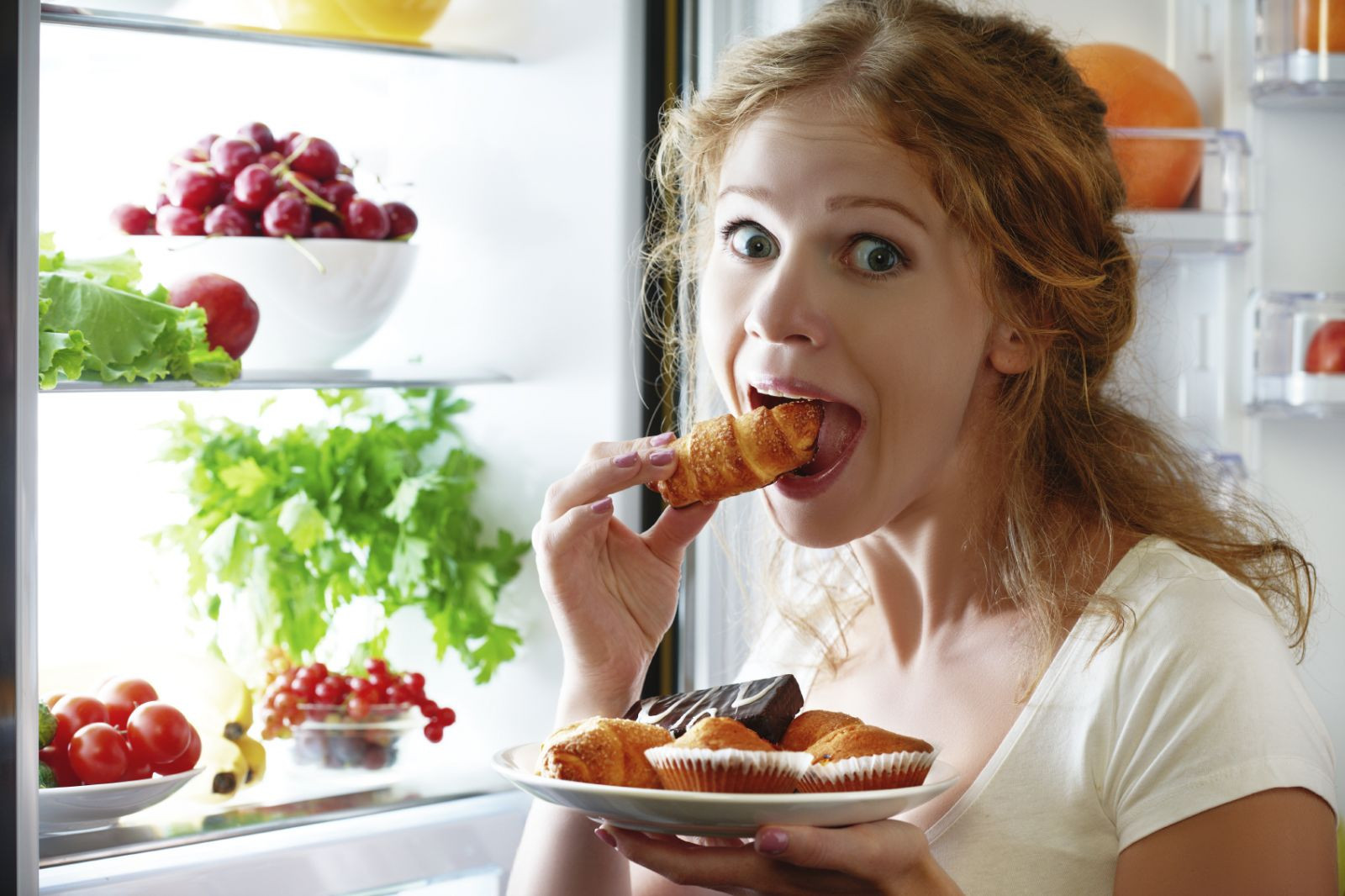 There is much truth behind the phrase "stress eating." Stress, the hormones it unleashes, and the effects of high-fat, sugary "comfort foods" push people toward overeating. Researchers have linked weight gain to stress, and according to an American Psychological Association survey, about one-fourth of Americans rate their stress level as 8 or more on a 10-point scale.

In the short term, stress can shut down appetite. The nervous system sends messages to the adrenal glands atop the kidneys to pump out the hormone epinephrine (also known as adrenaline). Epinephrine helps trigger the body's fight-or-flight response, a revved-up physiological state that temporarily puts eating on hold.

But if stress persists, it's a different story. The adrenal glands release another hormone called cortisol, and cortisol increases appetite and may also ramp up motivation in general, including the motivation to eat. Once a stressful episode is over, cortisol levels should fall, but if the stress doesn't go away — or if a person's stress response gets stuck in the "on" position — cortisol may stay elevated.

Stress also seems to affect food preferences. Numerous studies — granted, many of them in animals — have shown that physical or emotional distress increases the intake of food high in fat, sugar, or both. High cortisol levels, in combination with high insulin levels, may be responsible. Other research suggests that ghrelin, a "hunger hormone," may have a role.

Once ingested, fat- and sugar-filled foods seem to have a feedback effect that dampens stress related responses and emotions. These foods really are "comfort" foods in that they seem to counteract stress — and this may contribute to people's stress-induced craving for those foods.

Of course, overeating isn't the only stress-related behavior that can add pounds. Stressed people also lose sleep, exercise less, and drink more alcohol, all of which can contribute to excess weight.

Why do people stress eat?

Some research suggests a gender difference in stress-coping behavior, with women being more likely to turn to food and men to alcohol or smoking. And a Finnish study that included over 5,000 men and women showed that obesity was associated with stress-related eating in women but not in men.

Harvard researchers have reported that stress from work and other sorts of problems correlates with weight gain, but only in those who were overweight at the beginning of the study period. One theory is that overweight people have elevated insulin levels, and stress-related weight gain is more likely to occur in the presence of high insulin.

How much cortisol people produce in response to stress may also factor into the stress–weight gain equation. In 2007, British researchers designed an ingenious study that showed that people who responded to stress with high cortisol levels in an experimental setting were more likely to snack in response to daily hassles in their regular lives than low-cortisol responders.

How to relieve stress without overeating

When stress affects someone's appetite and waistline, the individual can forestall further weight gain by ridding the refrigerator and cupboards of high-fat, sugary foods. Keeping those "comfort foods" handy is just inviting trouble.

Here are some other suggestions for countering stress:

Meditation. Countless studies show that meditation reduces stress, although much of the research has focused on high blood pressure and heart disease. Meditation may also help people become more mindful of food choices. With practice, a person may be able to pay better attention to the impulse to grab a fat- and sugar-loaded comfort food and inhibit the impulse.

Exercise. While cortisol levels vary depending on the intensity and duration of exercise, overall exercise can blunt some of the negative effects of stress. Some activities, such as yoga and tai chi, have elements of both exercise and meditation.

Social support. Friends, family, and other sources of social support seem to have a buffering effect on the stress that people experience. For example, research suggests that people working in stressful situations, like hospital emergency departments, have better mental health if they have adequate social support. But even people who live and work in situations where the stakes aren't as high need help from time to time from friends and family.