Wearable weights: How they can help or hurt

They're great as a substitute for a dumbbell, but a risky choice for some exercises. 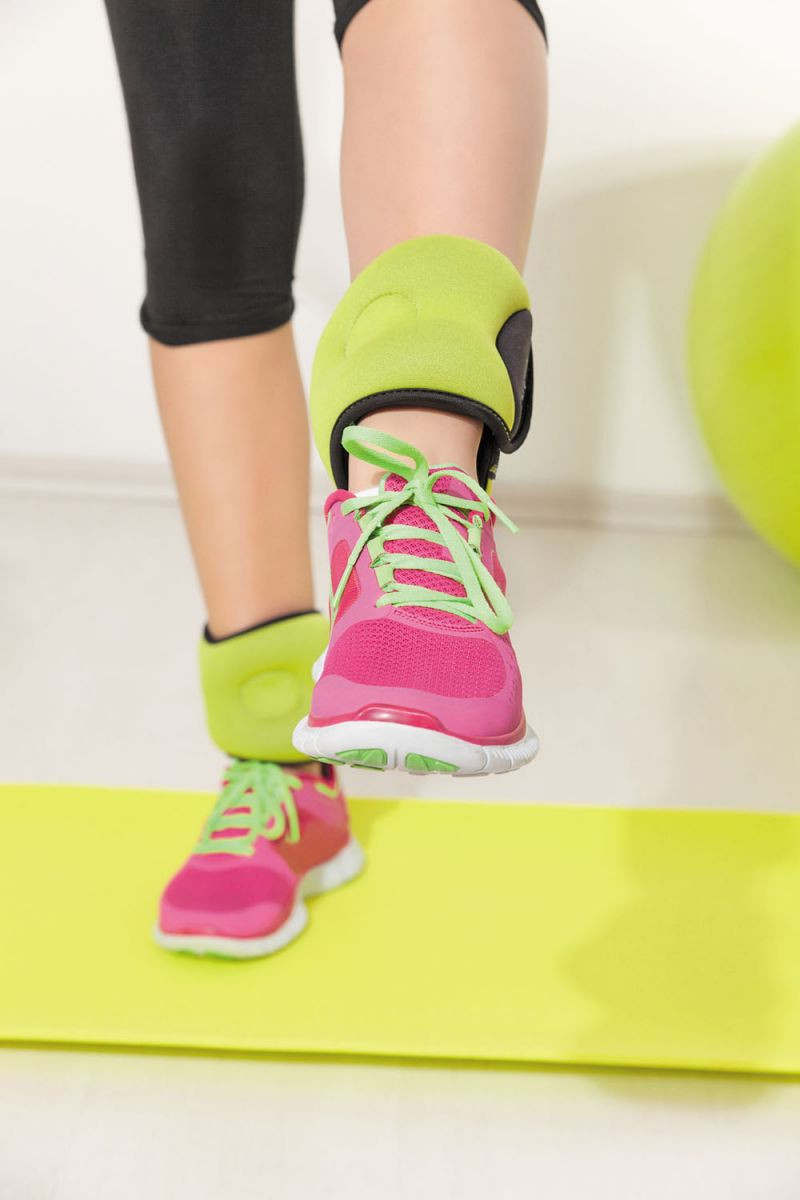 When you want to add strength training to your routine, wearable weights seem like a handy shortcut. Just slip them on and do your regular workout. But it's not that simple. "They're great for specific exercises, but they have some risks," says Terry Downey, a physical therapist at Harvard-affiliated Spaulding Rehabilitation Network.

You may see people walking around with weights around their ankles. The weights are typically built into a wide neoprene strap that wraps around the ankle and attaches with Velcro.

But Downey warns that it's not a good idea to use wearable ankle weights while you're walking or during an aerobics workout, because they force you to use your quadriceps (the muscles in the fronts of the thighs) and not your hamstrings (in the backs of the thighs). "That causes a muscle imbalance," Downey says. Wearable ankle weights also pull on the ankle joint, which poses the risk of tendon or ligament injuries to the knees, hips, and back.

But wearable ankle weights are helpful for exercises that target the leg and hip muscles, like leg lifts. "The weight places a greater load on the muscle group being targeted. The muscles have to work harder to move this increased load against gravity, and in turn this will increase strength," Downey explains.

Like ankle weights, wearable wrist weights are wide, weighted straps that wrap around the wrist and attach with Velcro. Sometimes people wear these during a cardio workout or on a walk. But this can lead to muscle imbalance as you swing your arms back and forth. The same action with wearable wrist weights can also cause joint and tendon injuries in the wrists, elbows, shoulders, and neck.

But wrist weights do have a place in a workout. "They're great for targeted exercise if you can't grip a dumbbell," Downey says. For example, you might have a weak grip from arthritis or a stroke. In that case, Downey recommends using wearable wrist weights for standard arm exercises, such as biceps curls, or shoulder exercises, such as rows. "Lean over a ball or table with your arms free to the sides. Bring your arms back, like you're rowing a boat, and squeeze the shoulder blades together," she says.

Weighted vests are typically put on over your head. They hang from the shoulders, with a wide strap that wraps around your middle to keep the vest in place. There are pockets for weights around the vest, which help you adjust the amount of weight you're wearing.

But weighted vests aren't right for people with back or neck problems. "It puts pressure on your spine, and if you have spinal stenosis or significant disc degeneration, it can cause problems all the way to the neck," Downey warns.

Talk to your doctor first before you buy wearable weights, especially if you have back, joint, or balance problems. Once you get the go-ahead, Downey suggests working with a physical therapist to develop a strength-training plan. You'll likely start with the smallest amount of wearable weight (as little as a pound or two) and gradually increase the load.

You can find wearable weights online and in big-box stores. For more information, check out the Harvard Special Health Report Strength and Power Training for Older Adults (/spt).