IBS? A low-FODMAP diet may help 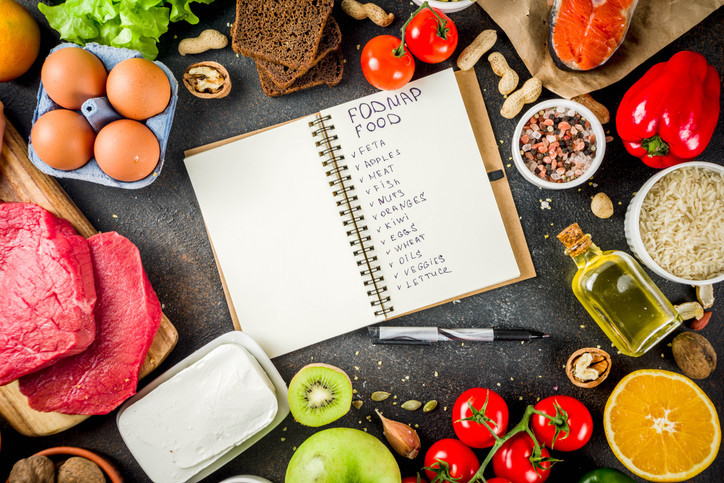 Irritable bowel syndrome (IBS) is a common gastrointestinal disorder that affects 1 out of 10 people in the United States each year. With symptoms like cramping, diarrhea, gas and bloating, it's no surprise that living with IBS can have a significant effect on a person's quality of life.

Diet is one way people manage IBS symptoms. A common treatment approach is to avoid the foods that trigger symptoms.

But if you have trouble identifying your trigger foods, you may benefit from adopting an elimination diet. One of the best ones for people with IBS is a low-FODMAP diet.

FODMAP stands for fermentable oligosaccharides, disaccharides, monosaccharides, and polyols. These are poorly absorbed short-chain carbohydrates. They are found in many foods and are associated with IBS problems, like diarrhea, bloating, abdominal pain, and flatulence. The following foods contain FODMAPs:

The low-FODMAP diet works in two phases. First, you eliminate most dietary FODMAP foods for two to four weeks. Then you replace them with low-FODMAP alternatives. You monitor your symptoms for changes and then reintroduce specific FODMAPs one by one over a six- to eight-week period, according to your tolerance. (Your doctor or nutritionist may advise you to keep a food diary and symptom chart to help identify problem foods as well as track amounts.) The goal is to find which foods trigger your IBS symptoms, so you can limit or eliminate them in your diet.

A 2017 study in the journal Gastroenterology & Hepatology reviewed existing research and found that 50% to 86% of people with IBS responded well to a low-FODMAP diet. Another 2017 study, this one in Clinical Gastroenterology and Hepatology, found that people with IBS who followed a low-FODMAP diet for four weeks were twice as likely to have improved quality of life and lower levels of anxiety compared with those who followed a more traditional diet.

Your doctor can help you adopt a low-FODMAP diet. Keep in mind that everyone reacts differently to FODMAPs, and some people with IBS can consume small amounts without having symptoms.

For more information about the causes and treatment of IBS, buy Managing Irritable Bowel Syndrome, a Special Health Report from Harvard Medical School.