Explore more effective alternatives to help you get a good night's rest. 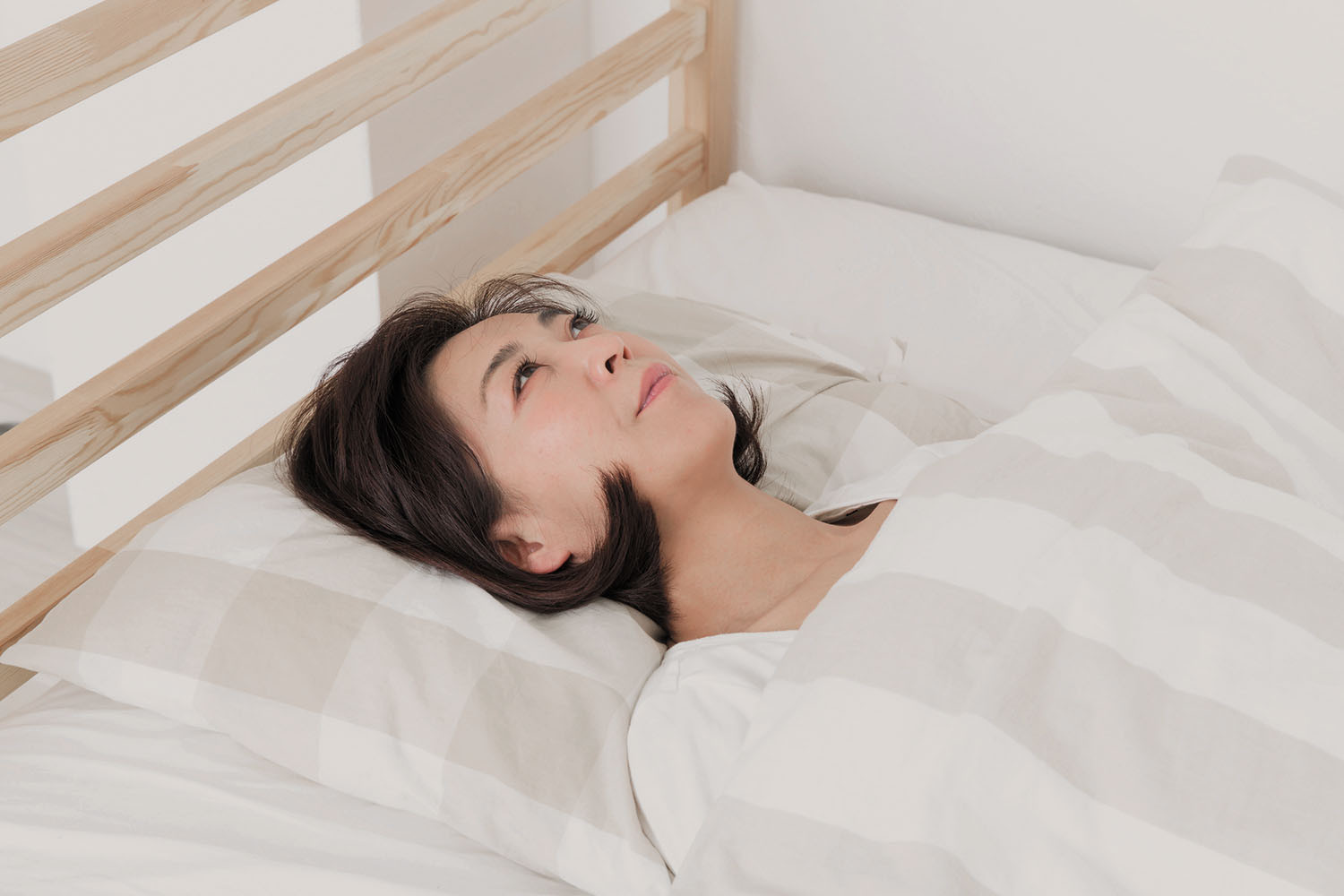 You've spent the past few nights staring at the ceiling, thinking about your grocery list, lining up your tasks for the next day, or obsessing about your problem du jour — but what you really want to be doing is sleeping soundly. You're in the pharmacy and notice an array of over-the-counter sleep aids, and you're tempted. Will taking one help you get that deep slumber you crave?

Before you reach for that bottle, you might want to reconsider.

The American Academy of Sleep Medicine (AASM) in 2017 officially recommended against treating chronic insomnia with common over-the-counter antihistamine and analgesic sleep aids as well as herbal and nutritional substances, such as valerian and melatonin, because there is not enough evidence that they are effective or safe. "And there are definite concerns about their risks," says Dr. Suzanne Bertisch, an assistant professor of medicine at Harvard Medical School.

These risks include short-term problems such as daytime sleepiness, grogginess, and falls. In addition, most sleep aids fall into a category of drugs known as anticholinergics, which have been linked to dementia and Alzheimer's disease among heavy, long-term users, she says.

You might not realize that sleep experts discourage the use of sleep aids when you're walking through the drugstore, where the shelves are typically stocked with various brands. Some 15% to 20% of American adults take a nonprescription sleep aid in any given month, says Dr. Bertisch. But the wide variety of brands may be deceiving.

Antihistamines are used in sleep aids because they affect what's known as a histamine receptor in your body, which plays a role in wakefulness. This is why taking an antihistamine can make you feel sleepy. But while a pill can induce that sleepy feeling right before bed, it can linger in your system and can cause a groggy, hung-over feeling the following day.

While some people feel that these over-the-counter products help them get a better night's sleep, there is limited research on their effectiveness, and the few reports out there indicate that improvements in sleep quality are very modest, says Dr. Bertisch. Therefore, the benefits are unclear, while there appear to be real risks associated with long-term use.

Antihistamine-based products may be the most common type of commercial sleep aids, but natural remedies such as melatonin are popular as well. Unfortunately, melatonin is generally not very effective in helping to treat chronic insomnia, says Dr. Bertisch. "It may be useful in some cases to help shift your body's natural clock if you are jet-lagged, or in people who have circadian rhythm issues that are causing their sleep disturbances," she says. But people who take melatonin on their own often take it incorrectly, minimizing any of the potential benefits it could produce. There are also safety concerns related to melatonin, particularly when it comes to use in children.

"Melatonin is a hormone, and it may have effects on reproductive hormones, particularly at certain critical developmental windows. So, use in children may not be advisable," says Dr. Bertisch. There are also concerns about the purity of melatonin products. The FDA doesn't regulate supplements the same way it regulates prescription drugs, so manufacturing practices aren't monitored, and contaminants have been found in various supplements on the market. But you can get some assurances regarding quality by looking for packages that display a seal from U.S. Pharmacopeia, ConsumerLab.com, or NSF International.

However, while an over-the-counter sleep aid may seem like a quick fix, there are safer, more effective strategies that you should consider to solve your sleep woes.

Types and causes of insomnia

There are varying types and degrees of sleep problems, which may respond to different treatments. Insomnia is a common complaint, particularly among older adults, with as many as 35% of American adults reporting episodes of insomnia. Many people experience periods of short-term insomnia that lasts for less than three months, and 10% have chronic insomnia, which is defined as having difficulty sleeping at least three times a week lasting for more than three months, according to the AASM. Some sleep problems may be related to hormonal changes or other health conditions.

Women report higher rates of insomnia. "There are a lot of women who, around the menopause transition in particular, develop hot flashes that may result in changes in the quality of sleep. In midlife, many women report that their sleep gets worse, although some studies haven't found objective evidence of that," says Dr. Bertisch. This is also the time in many women's lives that they are at higher risk for developing other sleep problems, such as sleep apnea, which is a nighttime breathing disorder, and restless legs syndrome, which causes an uncontrollable urge to move the legs that may interrupt sleep. Don't assume that sleep problems are a normal part of the aging process, she says; rather, they're a treatable problem.

One promising option is cognitive behavioral therapy (CBT). "It's as effective as medications and may work for longer," says Dr. Bertisch.

CBT is typically administered in a four- to 10-week program that helps you make lasting changes to your sleep habits — many of which may seem counterintuitive. This might include, for example, limiting the time you spend in bed — thus training you to avoid being in bed unless you are sleeping. The strategy is simple in theory, but very hard to carry out for most people, which is why CBT works best under professional guidance.

These approaches may take more time than popping a pill, but ultimately, they may help you make changes that lead to better sleep over the long term.