Do generic drugs compromise on quality?

A new study raises questions about whether they're truly equivalent to the brand-name versions. 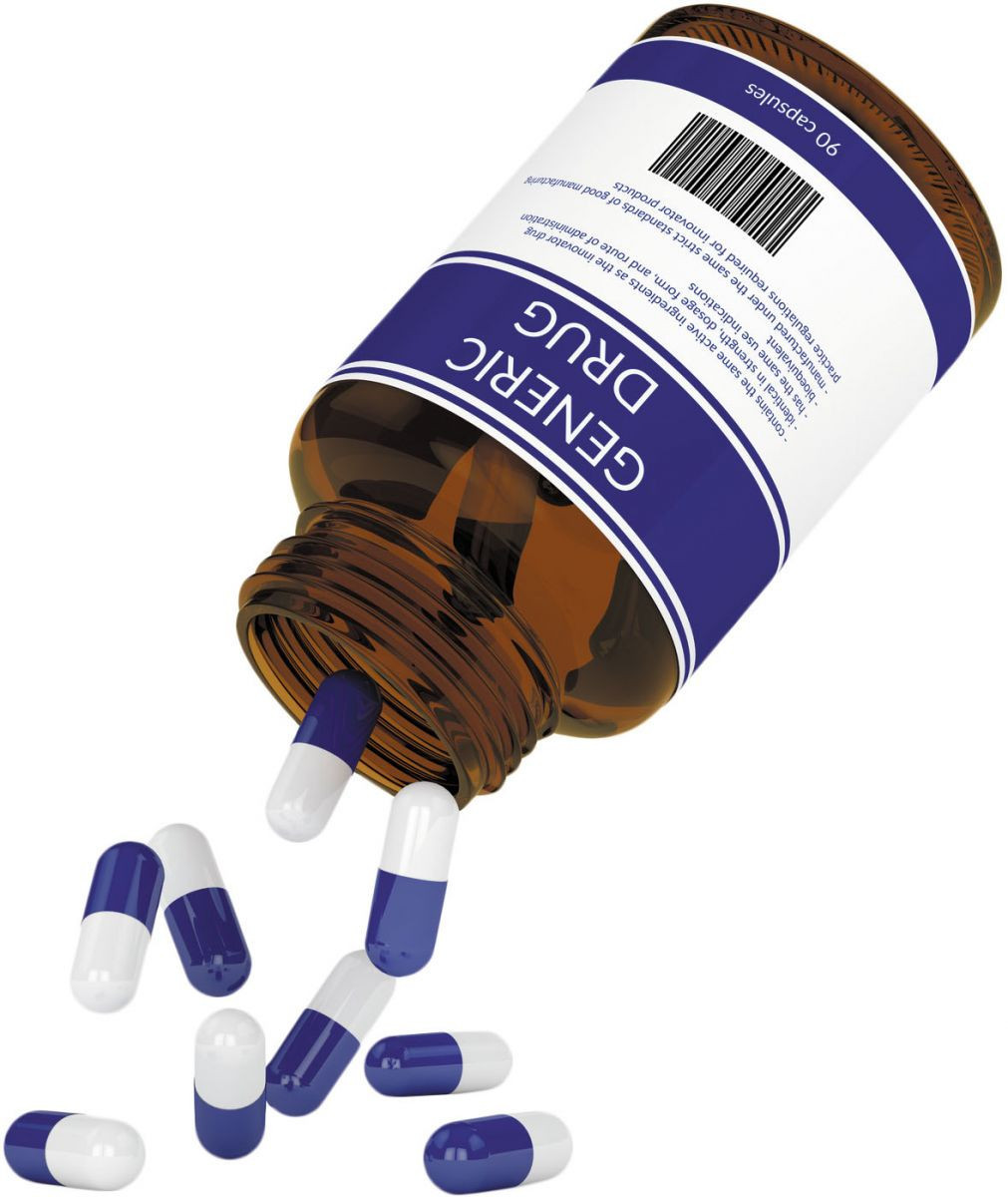 You've no doubt seen them in the grocery store — typically drab-looking packages on the bottom shelf containing lower-priced generic versions of popular brand-name products. Some shoppers look at them with skepticism: Are they really as good? Or does cheaper just mean lower quality?

Many people have the same questions about generic prescription medications, says Dr. Niteesh K. Choudhry, professor of medicine at Harvard Medical School and executive director of the Center for Healthcare Delivery Sciences at Brigham and Women's Hospital. Are generic drugs really the same quality, or is it better to spend more for the name-brand version?

A Canadian study published in the October 2017 issue of Circulation: Cardiovascular Quality and Outcomes revived discussion about the value of those lower-priced alternatives. It found that patients who took generic versions of three different blood pressure medications in the months after the generic drugs became available saw increased rates of drug-related side effects. Study authors said this might suggest performance differences between the brand-name and generic drugs.

But before you grab your wallet and shell out more for a name-brand medication, it's important to put the findings in context. Most prior research has found little difference between generics and name-brand medicines, and there may be other factors at work in this study that could have affected the results, says Dr. Choudhry. In addition, generic medications can play an important role in reducing health care costs and improving access to care, he says.

Before we get into specifics about past research and the findings of this recent study, let's talk a little about the overall quality of generic medications, including how they are regulated and approved.

In order to get a stamp of approval from the FDA, a generic medication must be "bioequivalent" to its brand-name counterpart. This means that chemically the two must be pretty much the same, although makers are allowed 20% variation in the active ingredient from that original formula. "While the FDA does allow for up to 20% wiggle room, in reality the observed variation is much smaller, 4%," says Dr. Choudhry.

However, while companies are required to get the chemical recipe of the generic drug close to the original, they aren't required to show that the two versions are therapeutically equivalent, meaning that they don't have to do tests to make sure that patients respond to these drugs the same way they do the brand-name version. For example, the manufacturer of a generic blood pressure medication wouldn't need to prove that its drug also lowers blood pressure, says Dr. Choudhry. But because the chemical composition of the medication is the same, regulators think it's a pretty safe bet that it will do just that.

Indeed, past research has shown that most of the time, generics seem to perform the same as the brand-name drugs. "The existing data are reassuring," says Dr. Choudhry. A large number of studies (albeit mostly small ones) have looked at whether specific generic medications are the same as the brand-name originals, he says. There are a few isolated cases — including studies on drugs to treat certain eye conditions — that do suggest that some generic drugs don't always produce the same response in patients. But for the most part, generics appear to be just as good at treating conditions as the brand-name formulations, says Dr. Choudhry.

This brings us to the Canadian study that seems to show differences between generic and brand-name medications. While it didn't examine how well these medications performed when it came to reducing blood pressure, it did raise the question of whether patients experienced more serious side effects from the generic medications than the original versions of the blood pressure drugs researchers looked at.

The researchers looked at the numbers of emergency room visits and hospitalizations for 136,177 individuals ages 66 and over (60% of them women) who used any of three blood pressure medications: losartan (U.S. brand name Cozaar), valsartan (Diovan), and candesartan (Atacand). They examined data for the periods 24 months before and 12 months after the generic versions of these medications went on the market.

They found that before the generic versions became available, about one in 10 people taking the blood pressure drugs had to go to the emergency room or be hospitalized each month. In the month after each of the generics went into use, the rates of these adverse events went up: 8% for losartan, almost 12% for valsartan, and 14% for candesartan.

But the question is, did this increase result from problems with the generic versions of these medications? Or were there other factors that occurred in this time frame?

"It is always possible, in fairness, that strange things happen," says Dr. Choudhry. Maybe the generic form was manufactured with a different inactive ingredient that caused patients to have more side effects. Or maybe a slight variation in the chemical formula made people react differently. But the increase in medication-associated events could have also been a result of problems with the study and the patient population researchers followed.

This study did not look follow a single group of people — namely, people who were on the brand-name version of the drug and then switched to the generic. Rather, researchers looked at all people who experienced problems after taking the generic drug, whether or not they originally took the brand-name medication.

In addition, because the brand-name drugs were more expensive, it's also possible that a disproportionate number of older, sicker individuals, who couldn't afford the brand-name drug, were now able to take the generic form. This group of first-time users may have been more prone to side effects because of their health — not because of the quality of the generic medication.

With this in mind, it's hard to truly conclude that differences between the brand-name and generic medications were really the culprit in causing these events.

So the question now is, if your doctor or pharmacist offers you a generic form of your current medication, should you take it? The short answer in most cases is, yes.

"Brand-name medications are not always better. Many of them are highly expensive," says Dr. Choudhry. As a result of this high cost, some people may skip doses or not take a drug at all because they just can't afford it. In this way, generics may be a clear winner. In many states pharmacists are required to provide you with the generic version of the medication, unless your doctor specifies otherwise.

It's estimated that if more prescribers substituted generic for brand-name drugs, drug spending could drop substantially, as much as $5.9 billion by some estimates, says Dr. Choudhry. In addition, there is really no hard proof at this point that generic medications are any less effective or safe than the originals. These drugs are heavily regulated, which can give you some assurances about quality.

While researchers will likely continue to look into the performance of generic versus brand-name drugs, the bulk of research out there shows that taking the no-name brand not only saves you money, but also provides you with a medication that is just as effective as the original.

That said, if you do switch to a generic version of your medication and notice new or worrying symptoms, it's definitely something to bring up with your doctor.