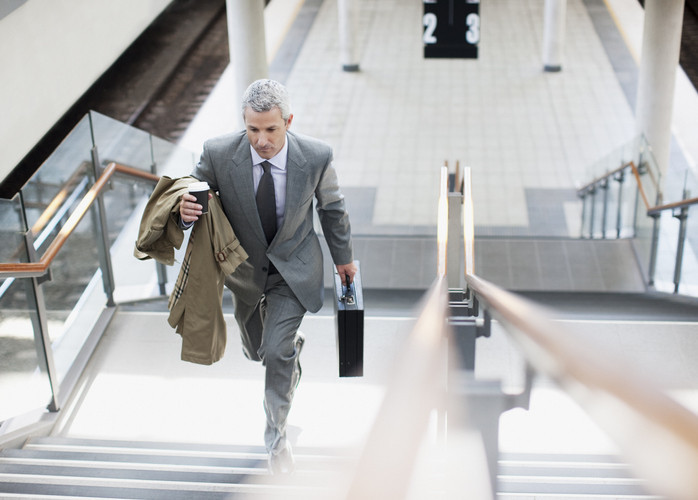 Surely, you've seen the ads for diets, devices or supplements that help you lose weight without exercising.  And, yes, they are too good to be true.

But you can burn calories without exercising – in fact, you're probably doing it right now.  Just breathing in, breathing out and doing something sedentary such as reading burns some calories.

Here are some ways your body burns calories even when you don't consider it exercise.

This is your body on idle

It's called the "basal metabolic rate" or BMR.  It's the amount of energy required to maintain basic bodily functions while at rest, such as regulating body temperature, keeping the heart beating, and breathing.  It's true:  just sitting on the couch staring into space requires that you burn some calories.  That's the BMR and it accounts for about 2/3 of the total calories burned each day.  As examples, you burn 40-55 calories/hour while sleeping and a bit more while sitting up watching TV or reading.

Some people have higher BMRs than others (although this variability is not usually the reason someone is obese or lean).  And BMR can vary over time; it may speed up when you're sick or if you've added muscle mass or it may slow down with age or when you're losing weight.  In fact, a slowing metabolic rate is one reason dieters have such a hard time continuing to lose weight or tend to regain lost weight. Certain medical conditions (such as thyroid disease) and medications can affect BMR.

Another source of energy expenditure that does not require exercise is 'fidgeting.'  If you jiggle your leg, tap your foot, or twirl a pen, you're burning a small number of calories that can add up over the course of a day or week.  In fact, one study found that fidgeting or other non-exercise movement (which was more common among lean than obese individuals) could burn up to 350 calories a day.

But it's not clear why some people fidget while others don't; a "non-fidgeter" may have a hard time picking up the habit.  And there may be other benefits to fidgeting; for some, it seems to help them learn.

If you're serious about burning more calories without working out, change your daily routine to include more physical activity.  Examples include:

Sometimes it's the little things that matter most

Much has been written about how to maintain a healthy weight by focusing on calories consumed – the proof is in the innumerable websites devoted to various diets and the walls of diet books in most book stores.   The same could be said about the calorie burning side of the equation:  exercise programs, equipment and fitness club memberships are an increasingly common part of the landscape.  And that makes sense:  diet and exercise are the cornerstones of any plan to achieve and maintain a healthy weight.

But you may be able to make a big impact in your balance of calories in vs. calories out by paying some attention to the little things.