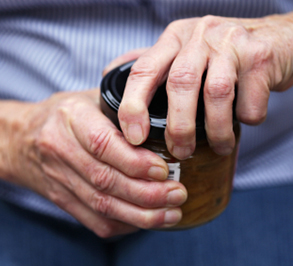 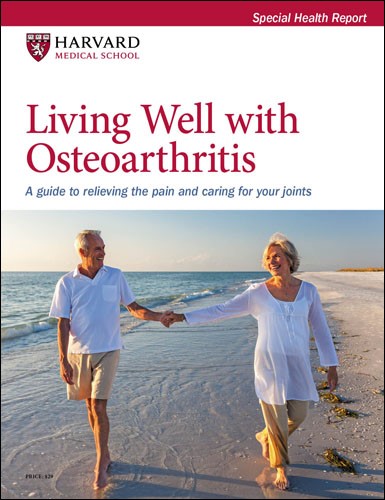 Living Well with Osteoarthritis: A guide to relieving the pain and caring for your joints

This report focuses primarily on osteoarthritis — the most common type of arthritis — which affects 27 million Americans. Many people believe it’s a crippling and inevitable part of growing old. But things are changing. Treatments are better, and plenty of people age well without much arthritis. If you have osteoarthritis, you can take steps to protect your joints, reduce discomfort, and improve mobility — all of which are detailed in this Special Health Report, Living Well with Osteoarthritis: A guide to keeping your joints healthy. If you don't have osteoarthritis, the report offers strategies for preventing it.

Arthritis can be distracting. Distressing. And disheartening. It can make you hesitant. It can frustrate — and even prevent — you from doing all the things you love to do. It is, quite literally, a pain.

The good news is that you can live — and live well — with osteoarthritis, the most common type of arthritis. You can get relief from its pain and its consequences. This Special Health Report from Harvard Medical School will show you how.

You’ll discover advances that are making a real and lasting difference and strategies that are helping men and women reclaim mobility and banish agonizing joint pain.

Don’t let arthritis pain get in your way!

End the relentless aches and aggravation and start enjoying a more active and pain-free life once again!

The report will brief you on breakthroughs in joint replacement surgery. You’ll learn about the role of physical therapy as well as complementary procedures. And because medications remain the first line of defense, the report examines the effectiveness, safety, and possible side effects of more than 40 medications used to treat arthritis and relieve its pain.

A special section covers a host of things you can do on your own to make coping with osteoarthritis easier. You’ll be introduced to helpful tools, pain-relieving exercises, smart food and menu ideas, and more.

There’s no reason to ache when you can act! Order your copy of Living Well with Osteoarthritis today!

Even the healthiest people find it difficult to stick with an exercise regimen. But those with arthritis commonly discover that if they don’t exercise regularly, they’ll pay the price in pain, stiffness, and fatigue. Regular exercise not only helps maintain joint function, but also relieves stiffness and decreases pain and fatigue. Feeling tired may be partly the result of inflammation and medications, but it’s also caused by muscle weakness and poor stamina. If a muscle isn’t used, it can lose 3% of its function every day and 30% of its bulk in just a week. A recent review of numerouse studies asserts that both aerobic and muscle-strengthening exercises are safe and effective for people with chronic arthritis. Below are brief summaries of different forms of structured exercise programs (most of which are offered by local Arthritis Foundation chapters) and their potential benefits.

Land-based programs. These include community-based group classes led by health or fitness professionals with specialized training in instructing people with arthritis. These programs typically include some combination of a warm-up routine and several standard exercise goals (see “Four exercise goals,” page 28), plus specialized activities to enhance body awareness, balance, and coordination. Examples include Fit and Strong, a program targeted to older adults with osteoarthritis; the Arthritis Foundation’s Exercise Program (AFEP); and its Walk with Ease program. Studies have found that people with arthritis in their hips, legs, and feet who took Fit and Strong classes were able to exercise longer, felt more confident about their ability to exercise, and reported less joint stiffness compared with those in a control group. Many of the benefits lasted between six and 12 months. Those attending AFEP classes for eight weeks had less pain, stiffness, and fatigue, and these improvements persisted at least six months, as well. In one study, people who completed the Walk with Ease program (which also teaches participants about managing their arthritis) had more confidence, less depression, and less pain, compared with participants who attended classes that focused only on pain management.

Water-based programs. Also known as aquatic or pool therapy, these group classes are done in warm water and feature a variety of exercises, including range-ofmotion exercises and aerobics. Exercising in water has many benefits for people with arthritis. For example, the buoyancy of the water supports some of your weight. The deeper you go, the more weight is supported. At waist level, the water supports about 50% of your weight, and in water up to your chest, it is about 75%. Studies show that exercising in water lessens arthritis pain and boosts fitness.

Strength and resistance training. This form of exercise, which uses equipment such as weight machines, free weights, and resistance bands or tubing, strengthens not only muscles but also your bones and your cardiovascular system. Resistance training improves muscle strength, physical functioning, and pain. One Japanese study compared people with knee osteoarthritis who either took NSAIDs or did twice daily knee extension exercises to strengthen their quadriceps (the muscles on the front of the thigh). At the end of the eight-week study, both groups had less pain and stiffness, as well as improved functioning and quality of life.

Tai chi. With origins in Chinese martial arts, this low-impact, slow-motion exercise also emphasizes breathing and mental focus. It involves moving continuously through a series of motions named for animal actions—for example, “white crane spreads its wings”— or martial arts moves, such as “box both ears.” The movements are usually circular and never forced, the muscles are relaxed rather than tensed, the joints are not fully extended or bent, and connective tissues are not stretched. A number of small studies suggest tai chi helps people with different forms of arthritis, mainly by increasing flexibility and improving muscle strength in the lower body,as well as aiding gait and balance. The Arthritis Foundation developed a standardized form of tai chi designed specifically for people with arthritis. Based on Sun-style tai chi, one of the discipline’s five major recognized styles, it includes agile steps and a high stance (meaning the legs bend only slightly).

Yoga. There is growing evidence that yoga may help with the pain and stiffness of osteoarthritis. A review published in the American Journal of Physical Medicine & Rehabilitation, which examined results from 12 studies, found that yoga reduced pain, stiffness, and swelling in people with osteoarthritis.

Yoga sessions typically last from 45 to 90 minutes, but you can also benefit from practicing yoga at home for 10 to 20 minutes a few times a week. DVDs with yoga instruction are widely available. A session generally begins with breathing exercises to relax the body and help free the mind of worries and distractions. Breathing deeply through the nose is a vital component of yoga. The session then proceeds through a series of seated, standing, and lying postures (asanas), which you may be instructed to hold for a few seconds to minutes. Holding the body correctly in the various postures and breathing into them to stretch farther is important, but you should never push your body farther than it wishes to go, and you should stop if you feel any pain. The sessions typically end with meditation.

Yoga postures can be modified to accommodate your strength and experience, as well as any health conditions. Be sure to tell your instructor about osteoarthritis and any other health problems you have, so he or she can warn you against certain positions that may aggravate your pain and suggest alternatives or appropriate modifications.

You can find classes offering several different forms of yoga. Look for one that is at your level and caters to your needs. This may be a beginning class or a chair yoga class. For osteoarthritis, you should probably avoid the more strenuous forms of yoga, such as Ashtanga or power yoga, which may aggravate already damaged joints. Although some studies have found Iyengar yoga to be helpful for people with arthritis, others have found that this form of yoga, where static postures are held for longer periods of time, can be painful. A gentle Vinyasa or flow class may be less painful. Check with your doctor before trying a rigorous form of yoga or one performed in a very hot room. 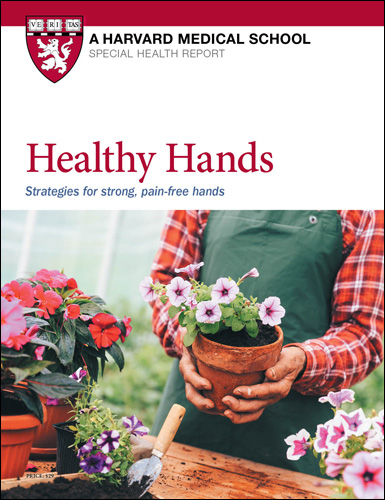