When men think about sexual woes, they usually put erectile dysfunction at the top of the list. That's understandable, since millions of American men suffer from the inability to attain and maintain erections that are rigid enough for intercourse. But there is more to a good sex life than an erection. In fact, success begins with sexual desire or libido and ends with ejaculation and orgasm.

Doctors have made great progress in treating erectile dysfunction. And new developments are improving life for some men plagued by abnormal ejaculations.

The next stage is ejaculation, which is just as complex. It begins with emission, a brief phase that momentarily precedes ejaculation itself. Emission is triggered by the autonomic nervous system, specifically by fibers that originate between the lower thoracic (T10–12) and upper lumbar (L1 and 2) segments of the spinal cord. These nerves cause muscles in the prostate to contract, propelling prostatic secretions into the urethra. Immediately thereafter, muscles in the vas defer="defer"ens and seminal vesicles spring into action, expelling semen into the urethra.

The culmination is ejaculation. The muscles of the neck of the bladder close, preventing semen from entering the bladder. Simultaneously, muscles in the penis and pelvis begin a series of rhythmic contractions that forcefully expel the semen forward through the urethra, then out from the penis.

Ejaculation is usually accomplished by the pleasurable sensation of orgasm. It is followed by detumescence, when the arteries in the penis narrow and the veins widen, draining blood from the penis and returning it to a flaccid state.

The sex act is instinctive and automatic, but it depends on the complex interaction of psychological functions, the nervous system, blood vessels, and the genital tract itself. With so much involved (and so much at stake), a lot can go wrong. And many of these problems involve abnormal ejaculations.

From a biological point of view, the whole purpose of sex is procreation. In most animals, intercourse is brief, and ejaculation occurs shortly after penetration. In humans, though, sex involves a broad array of psychological and interpersonal factors. As a result, premature ejaculation is defined not by the clock but by the desire and satisfaction of both partners.

A premature ejaculation is one that occurs before it is desired. Sometimes it occurs with minimal sexual stimulation early in foreplay. More often, it develops shortly after penetration before mutual gratification is achieved.

Many men experience premature ejaculation from time to time, but for some it's a recurrent problem. In large surveys, premature ejaculation is the most frequent form of male sexual dysfunction, affecting up to 30% of men. It is most common in young and sexually inexperienced males but can strike at any time of life. Most men with premature ejaculation are perfectly healthy; others have psychological disturbances, medical conditions like diabetes, or urologic problems such as prostatitis. With or without an associated problem, premature ejaculation can be treated. Therapy can use behavioral techniques, medication, or a combination of the two.

Behavioral therapy. There are three behavioral methods that can be used singly or in combination. The most successful is the "pause and squeeze" technique developed by Masters and Johnson. A man who feels an orgasm developing prematurely temporarily interrupts sexual activity. Then the man (or his partner) squeezes the shaft of the penis between a thumb and two fingers. After applying gentle pressure just below the head of the penis for about 20 seconds, the squeeze is released and sexual activity is resumed. The technique can be repeated as often as needed; if all goes well, the man will eventually learn to delay ejaculation without the squeeze.

The third technique is to build up the pelvic muscles with Kegel exercises, which were developed originally to treat urinary incontinence in men and women. The man can identify the muscles by stopping the flow of urine in midstream. Once he has learned to control these muscles, he practices tightening them while his bladder is empty. He should hold each contraction for 10 seconds, then relax for 10 seconds, repeating the cycle 10 times three or four times a day.

Behavioral therapy is safe and simple; according to sexologists, it helps 60%–90% of men with premature ejaculations. But it takes a lot of time, it works best when supervised by a sex therapist, it requires the cooperation of both partners, and relapses are common. As a result, drug therapy is gaining a prominent role in this situation.

Medication. Drug therapy did not begin with a reasoned scientific attack on the problem of premature ejaculation but as an unintended side effect: Some men taking antidepressant medication complained of delayed ejaculation. From there, it was a logical step to use antidepressants to treat premature ejaculation, and the results have been favorable, especially with the popular selective serotonin reuptake inhibitors (SSRIs).

Antidepressants are prescription medications. They can be used for premature ejaculation as a regular daily dose or as a single dose two to four hours before intercourse. Men who don't respond to an SSRI alone may get good results by adding an erectile dysfunction pill such as sildenafil (Viagra) to the regimen.

Other approaches. Antidepressants represent a major advance in the therapy of premature ejaculation. But they can have unpleasant side effects, and they are expensive. As a result, some men prefer to try desensitizing agents. "Climax control" or "extended performance" condoms apply a mild anesthetic, benzocaine, to the penis.

Whereas premature ejaculation is rarely caused by disease, delayed (or absent) ejaculation can result from either psychological or physical problems. Alcohol, medications (including SSRIs and tricyclic antidepressants, and some antihypertensives), and diabetes are among the most frequent causes of delayed or inhibited ejaculation. When drugs are responsible, the problem will usually respond to a change in medication. Some men who need to continue taking an SSRI to treat depression or an anxiety disorder may benefit from Viagra, vardenafil (Levitra), or tadalafil (Cialis). Psychological problems often respond to behavioral techniques or sex therapy.

During normal ejaculation, semen flows out of the penis because the muscles at the neck of the bladder prevent the semen from reaching the bladder. In retrograde, or dry, ejaculation, the bladder muscles fail to do their job, so semen flows into the bladder and no emission occurs. It's a common complication of prostate surgery, occurring in up to 50%–75% of men following transurethral resection of the prostate (TURP). Retrograde ejaculation is also common in diabetics. When diabetes or surgery is responsible, the problem is permanent, but if medication (such as the alpha blockers used for benign prostatic hyperplasia and high blood pressure) is the culprit, the problem will improve if the drug is changed. Although retrograde ejaculation impairs fertility, it does not abolish the pleasurable sensation of orgasm.

Most bodily functions change with age, and sex is no exception. Men who stay healthy can expect to retain erectile function, and even fertility, throughout life — but they can also expect a gradual reduction in libido, penile rigidity, the volume of the ejaculate, the number and activity of sperm, and the intensity of orgasm. In one study, the volume of ejaculate fell by 0.03 ml per year of age. That's not much, but it does add up.

Diseases of the spinal cord are often responsible for absent ejaculation. Although many men who have had radical prostatectomies for prostate cancer can have orgasms, none can ejaculate because the necessary structures have been removed.

Ejaculation is usually pleasurable, but sometimes it's uncomfortable, even painful. When that occurs, men should be evaluated for inflammation of the prostate (prostatitis), urinary tract infections, and other urologic disorders.

The semen is normally colorless, but if blood enters the ejaculate (hematospermia) it will be brown (old blood) or red (fresh blood). It's an alarming symptom, but it's usually not at all serious. Prostate disorders (prostatitis, BPH, and rarely cancer), stones, cysts, and vascular abnormalities may be responsible. Most often, though, a specific cause can't be identified. Still, it's important for men with hematospermia to have a medical evaluation. 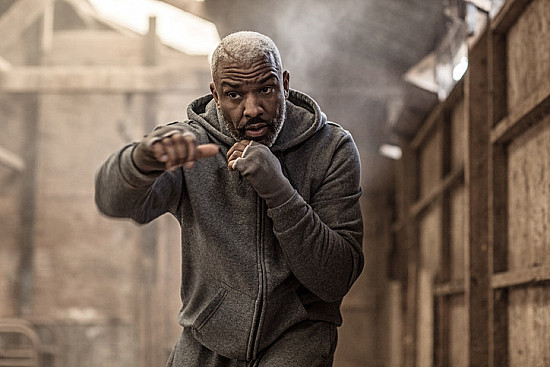