When a pain in the neck is serious 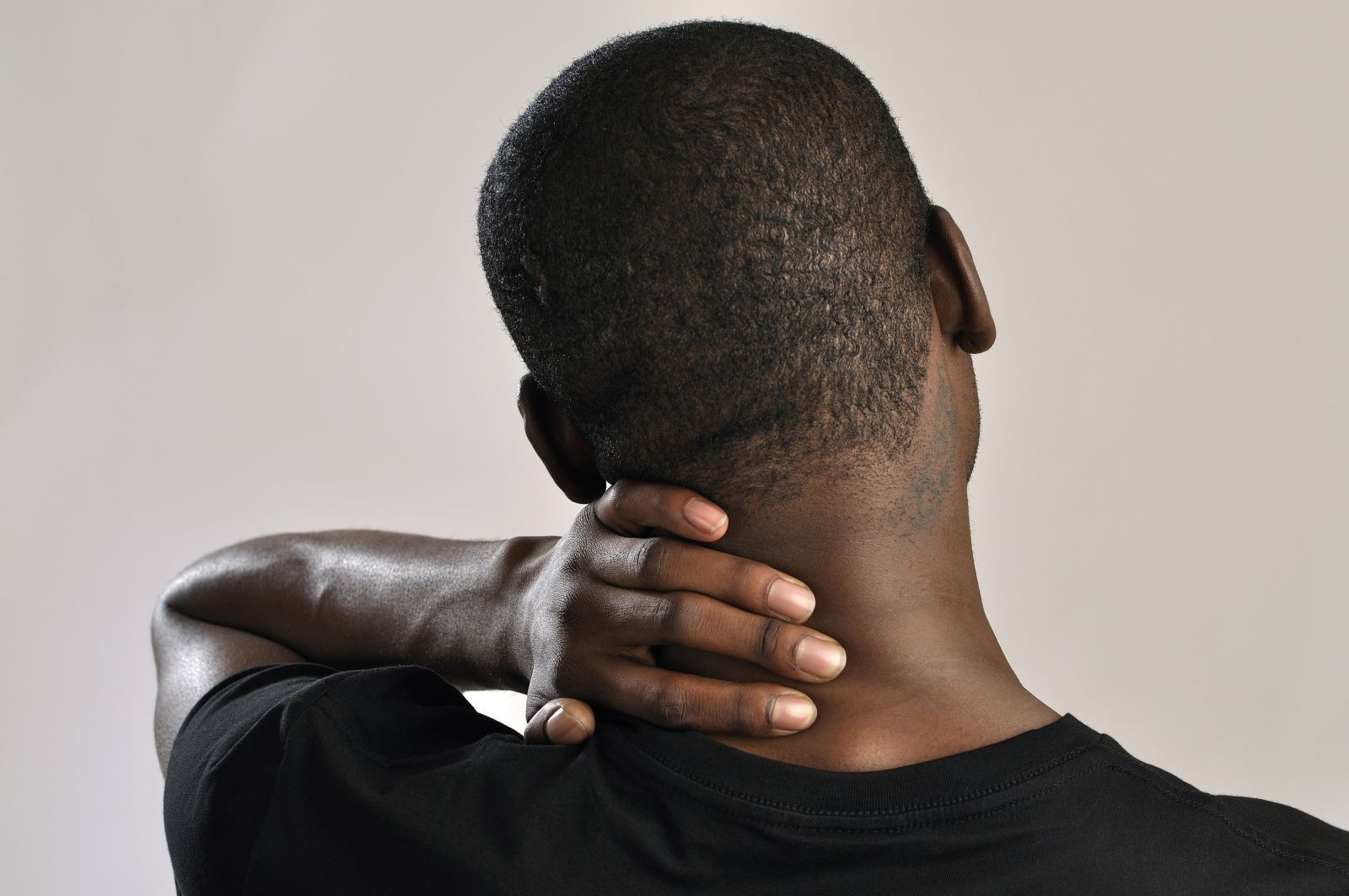 A tear in one of the main arteries of the neck is a rare cause of stroke.

You probably don't give much thought to your neck, unless something goes wrong and you start to feel neck pain. This underappreciated body part has to be strong enough to support a heavy weight (your head) yet still allow you to tilt, turn, and nod your head easily.

"Over the past two decades, awareness of cervical artery dissection has grown tremendously," says Dr. Natalia Rost, associate professor of neurology at Harvard-affiliated Massachusetts General Hospital. This may stem in part from the recognition that stroke rates seem to be rising among younger people, despite an overall downward trend in deaths caused by stroke.

Cervical artery dissections are seen more often in younger adults for two main reasons. First, a small percentage of people have underlying inherited connective tissue disorders that make their arteries more likely to tear. "For these people, an artery tear is more likely to manifest at a younger age," explains Dr. Rost. In older people, other types of strokes (such as those associated with brain arteries narrowed by fatty plaque) are more common. But dissections can still happen in older people. A study in the journal Neurology found that one in 14 people diagnosed with a cervical artery dissection was age 60 or older.

The second (and perhaps bigger reason) artery dissections are more common before age 50? Younger adults are more likely to engage in exercise that involves neck movements that can precipitate a tear. Dr. Rost has seen a number of artery tears in people who do high-intensity fitness programs that combine elements from several sports and types of exercise. Dissections have also been reported after strenuous weightlifting, head-flinging dance moves, and even yoga. If not done properly, certain positions such as a shoulder stand can cause hyperextension of the neck.

You can also hyperextend your neck while tipping your head back to have your hair washed at a salon sink. Even though there are only a dozen or so such cases described in the medical literature, there's a name for this phenomenon: "beauty parlor stroke syndrome." To play it safe, do as Dr. Rost does. "Ask your hairdresser for a neck extension, which is a little cushion that props up your head so you don't feel any strain on your neck," she advises.

Not surprisingly, whiplash sustained during a car accident can also cause a cervical artery dissection. And in rare cases, so can the quick, thrusting neck movements some chiropractors and other health care professionals use to treat neck pain, known as cervical manipulative therapy or "adjustment." However, it's not clear whether the neck therapy itself causes the tear, or whether the pain from an existing tear might prompt people to seek out such treatment.

With a cervical artery dissection, the neck pain is unusual, persistent, and often accompanied by a severe headache, says Dr. Rost. The neck pain from a carotid artery tear often spreads along the side of the neck and up toward the outer corner of the eye. A vertebral artery tear may feel like something sharp is stuck in the base of your skull. If you experience such pain — especially if you also have stroke symptoms such as dizziness, double vision, jerky eye movements, unsteadiness while walking, or slurred speech — call 911 immediately. 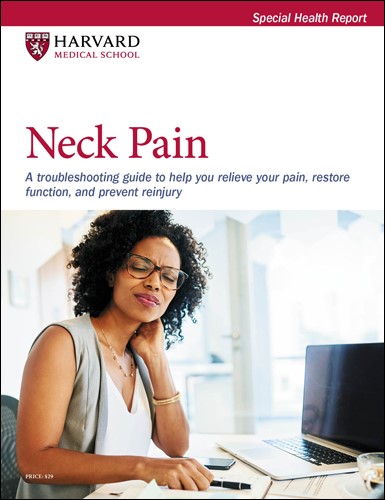 Neck Pain: A troubleshooting guide to help you relieve your pain, restore function, and prevent injury

If your neck aches, it’s no wonder. The structures of your neck must support a heavy weight: your head. The many causes of neck pain are described in this newly updated Special Health Report Neck Pain: A troubleshooting guide to help you relieve your pain, restore function, and prevent injury. Even without a clearly diagnosed cause, today’s treatments can effectively relieve neck pain, and help you learn how to prevent its return.