Gut check: How the microbiome may mediate heart health

Your cholesterol and other factors linked to cardiovascular health may be influenced by the bacteria in your belly. 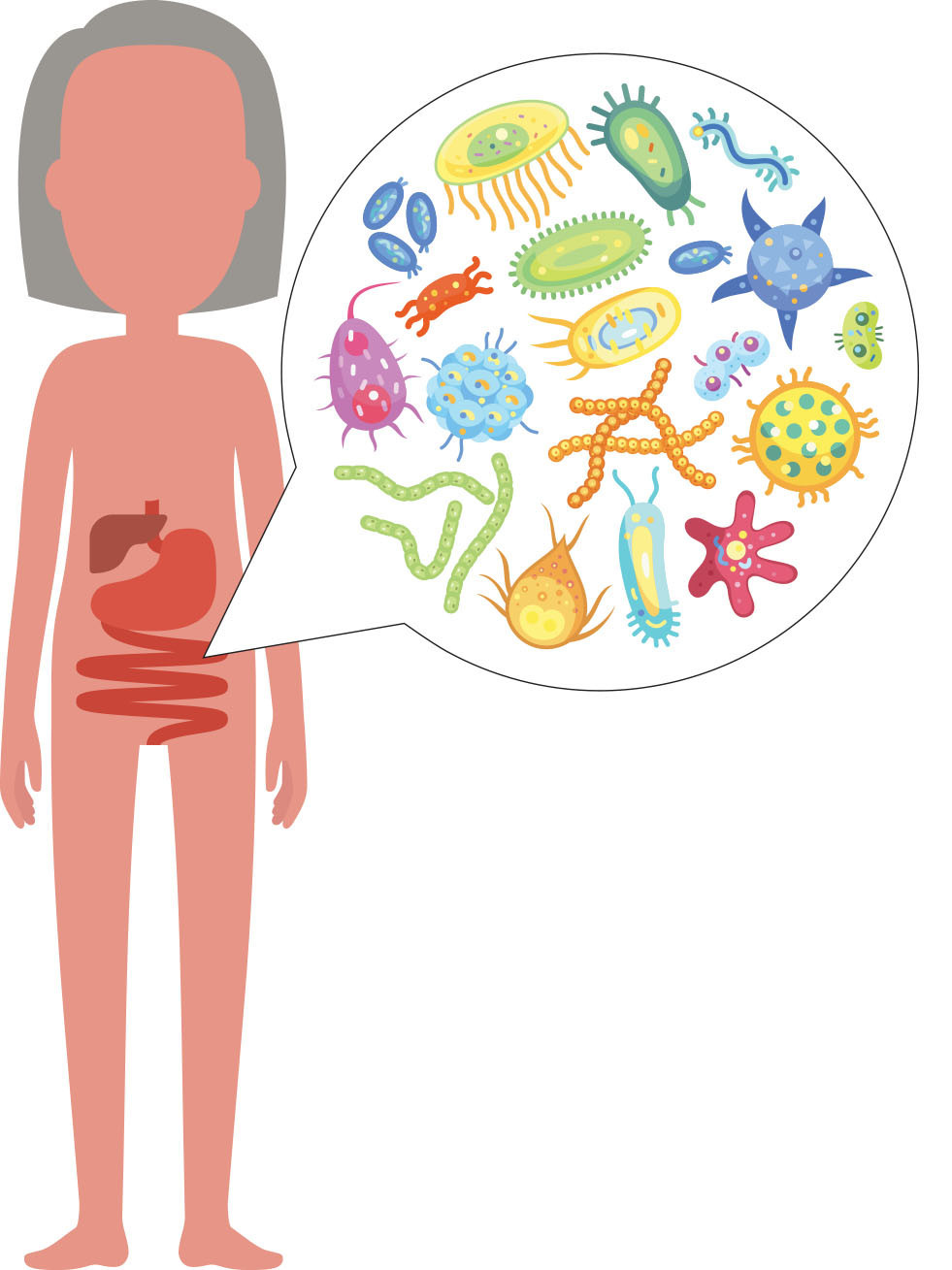 The roughly 38 trillion bacteria that dwell deep within your intestines perform many important tasks. Collectively known as the gut microbiota, these microbes help digest food, metabolize medications, and protect you from infectious organisms.

In many ways, your gut microbiota — which weighs about half a pound in total — functions somewhat like a distinct organ in your body. Just as you have a unique genome, you also have a unique gut microbiome, consisting of some eight million genes that control your microbiota. Scientists are still learning how the composition and diversity of the gut microbiome influence the health of the cardiovascular system.

One recent discovery involves a group of gut bacteria that can break down cholesterol in the intestines. Since the early 1900s, scientists had known that gut bacteria could transform cholesterol into a compound called coprostanol, but they didn't know which species were doing it. So researchers analyzed stool samples from 3,079 people to characterize their gut microbiomes and then sequenced nearly six million microbial genes.

"The findings lend more support to the concept that modifying the microbiome could have a therapeutic effect," says study co-author Dr. Stanley Shaw, a cardiologist at Brigham and Women's Hospital and associate dean for executive education at Harvard Medical School. But a microbiome-based therapy for heart disease is still years away, he cautions.

In theory, it could help to directly introduce the cholesterol-metabolizing enzymes into the gut, or to boost populations of those cholesterol-lowering bacteria through diet, probiotics, or another method. (Probiotics are beneficial bacteria found in certain foods such as yogurt, as well as over-the-counter supplements.) "But figuring out the best approach is still quite mysterious, since we can't reliably predict if the newly introduced bacteria actually colonize the gut," Dr. Shaw notes.

The microbiome appears to influence additional factors associated with heart health, including body weight, blood pressure, diabetes, and inflammation. For example, people who are naturally thin have a different gut microbiota than people who are overweight, possibly because certain bacteria extract more calories from some foods than other bacteria. Likewise, people with high blood pressure seem to have a less diverse microbiota (that is, fewer species) than people with normal blood pressure.

But the problem with these observations is the old "chicken or egg" conundrum. "Are differences in the microbiota causing the health problem or are they instead a reaction or compensation by the body in response to the problem?" says Dr. Shaw.

What's intriguing about the microbiome is that it seems to serve as intermediary for some of the lifestyle factors that have a favorable effect on cardiovascular health, says Dr. Shaw. Take dietary fiber, for instance. Fiber-rich diets appear to lower the risk of heart disease and stroke by as much as 30%. Some of this benefit may arise from fiber's ability to help eliminate cholesterol from the body. But other factors may be at work.

In your gut, fiber gets broken down by bacteria in your colon to form short-chain fatty acids. These compounds interact with specific receptors on cells that regulate blood pressure, affect hormones involved in diabetes, and dampen inflammation — all of which influence cardiovascular health.

For now, there's no specific heart-related advice related to the gut microbiome. However, plant-based diets — which are good for heart disease — appear to foster a more diverse (and healthier) gut microbiome. "Stay tuned for future advances from the complex but exciting area of microbiome research and therapeutics," says Dr. Shaw.