But the source of the fats you choose — and the rest of what you typically eat — make a big difference. 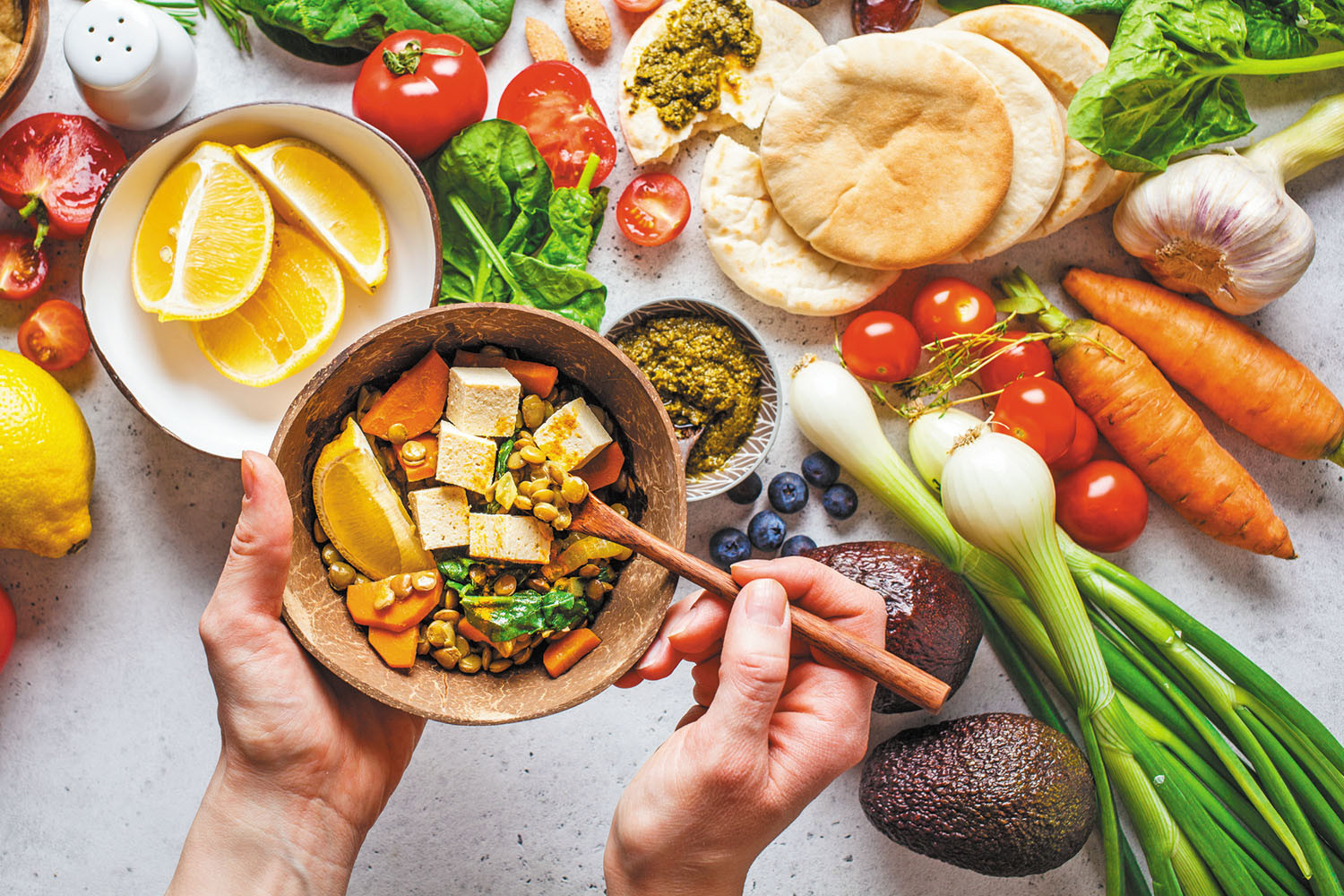 Recently, a Harvard Heart Letter reader emailed us to say he was puzzled by a statement in our July issue — namely, the one saying that low-fat diets don't seem to prevent heart disease. "Don't most major health organizations, including the American Heart Association, recommend a low-fat diet?" he asked.

Yes, they did — for more than 40 years. But over the past decade, the American Heart Association, the federal dietary guidelines, and other nutrition authorities have shifted away from advising people to limit the total amount of fat in their diets. "Instead, the focus is on an overall healthy dietary pattern. That means an eating style that emphasizes vegetables, fruits, whole grains, and beans, along with only modest or small amounts of meat, dairy, eggs, and sweets," says Dr. Eric Rimm, professor of epidemiology and nutrition at the Harvard T.H. Chan School of Public Health.

The reality is that eating more whole or minimally processed, plant-based foods will naturally lower your intake of fat, especially saturated fat. Found mainly in meat and dairy products, saturated fat can boost levels of harmful LDL cholesterol, a key contributor to heart disease. But simply cutting back on all types of fat does not necessarily translate into a diet that lowers cardiovascular risk.

Starting in the 1980s, when food manufacturers and consumers cut the fat from their products and diets, they replaced it with refined carbohydrates. People filled up on bread, pasta, low-fat chips and cookies, and low-fat sweetened yogurt. Eating lots of these highly processed carbohydrates floods your bloodstream with sugar, triggering a release of insulin to clear the sugar from your blood. But that can push your blood sugar too low, leaving you hungry again after just a few hours, which encourages overeating and weight gain. What's more, a steady diet of these unhealthy carbs can eventually impair your body's ability to respond to insulin, which can lead to diabetes. Both obesity and diabetes are closely linked to a heightened risk of heart disease.

But eating too many refined carbs wasn't the only problem. Avoiding unsaturated fats — those found in nuts, seeds, olives, avocados, and fish — isn't necessary. Not only do these foods make your meals more satisfying and tasty, unsaturated fat promotes cardiovascular health.

Some physicians advocate an ultra-low-fat diet, which includes just 10% of calories from fat. This diet excludes all animal-based products (such as meat, poultry, dairy, and fish), as well as refined carbohydrates (including white flour, white sugar, and even fruit juice). But it also shuns some healthier unsaturated fats, including added oils and high-fat, plant-based foods such as avocados and nuts. Small studies have shown that this eating pattern may actually reverse the buildup of cholesterol-clogged plaque in the arteries.

At least some of that benefit may stem from the abundant fiber and other nutrients in the diet's copious amounts of vegetables, beans, and whole grains, all of which are fairly scarce in the typical American diet. The only problem with an ultra-low-fat vegan diet is that it's very challenging for most people to stick to over the long term. "If you are among the 1% of people who can, may the Force be with you," says Dr. Rimm.

For everyone else, a Mediterranean-style diet offers the best of both worlds — a plant-centric diet that's not overly restrictive (see "Simple steps to a Mediterranean-style eating plan"). "The Mediterranean diet doesn't require extreme eating habits that make it difficult to socialize with other people," he says. What's more, he adds, it tastes good and has the best evidence from long-term clinical studies for lowering a person's risk of heart disease.