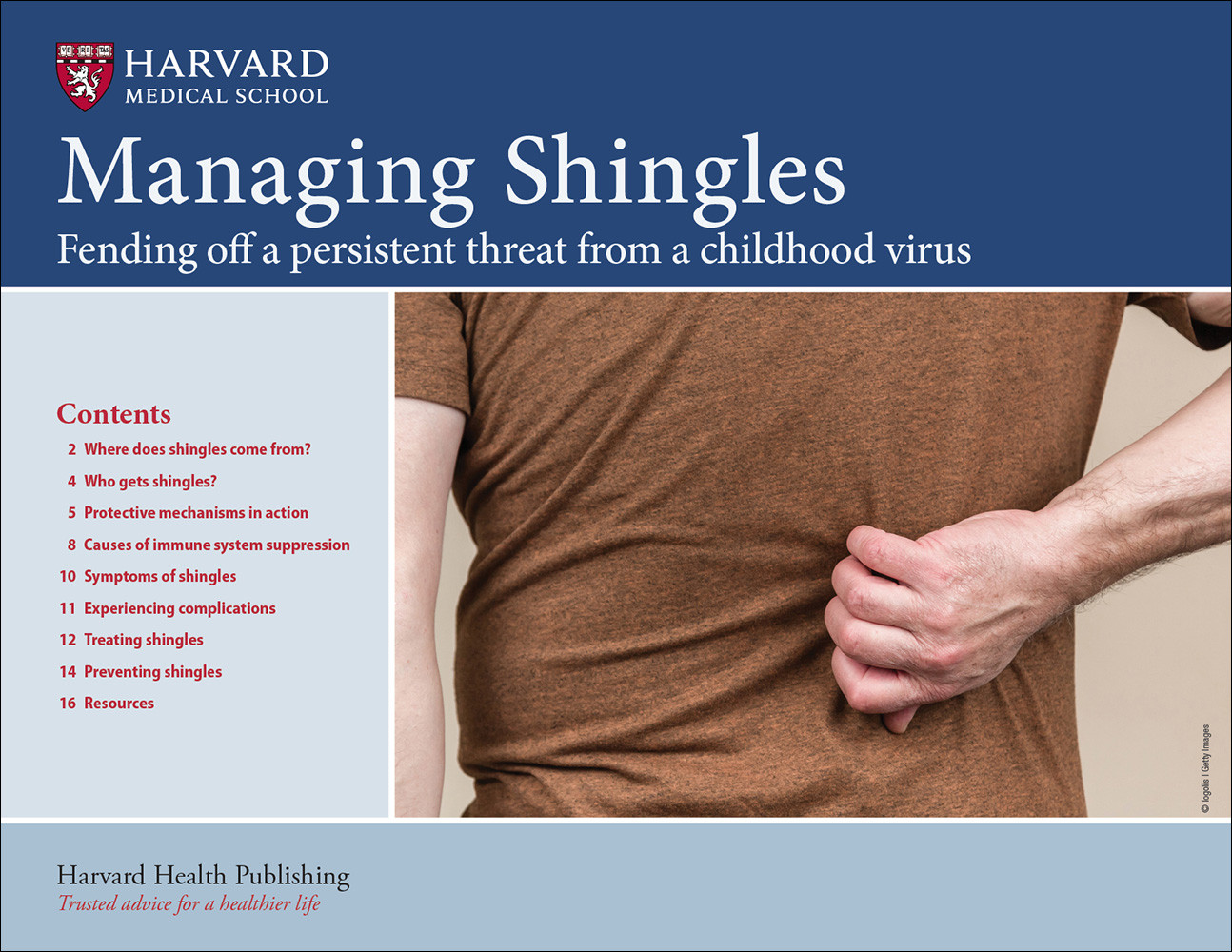 This Harvard Medical School Guide takes a detailed look at shingles and the virus that causes its symptoms, how it's transmitted, how to reduce your chances of getting it, and how to manage the condition if you do get sick.

If you’re like 95% of American adults, you had chickenpox in childhood. Before the United States started its widespread vaccination program in 1995, there were roughly four million cases of chickenpox every year. Contracting the highly contagious virus, with the itchy, whole-body rash that it causes, was virtually a rite of passage for many American children.

Chickenpox, which is caused by the varicella-zoster virus, has no cure. But unlike viruses that your immune system clears from the body within a few days or weeks, the varicella-zoster virus doesn’t leave your body. After your symptoms go away, the virus hangs around, taking up residence and lying dormant in your nerves, with your immune system holding it in check. But later—often decades from the time it first made you sick—varicella-zoster can suddenly emerge and hit you again, this time appearing as a different condition known as shingles.

Like chickenpox, shingles also causes a blistering rash, but this time it generally appears as a painful band around one side of your ribcage, or it may appear on one side of your face. The first symptom for many people is pain or a burning sensation in the affected area. You may also have fever, a headache, and fatigue. Along with the rash and other temporary symptoms, shingles can also bring unpleasant, long-lasting, and sometimes permanent complications such as skin infections, nerve pain in the area where the rash appeared, or even vision loss. Some recent research even hints that people who get shingles also may be temporarily at higher risk for heart attack and stroke.

This Harvard Medical School Guide takes a detailed look at shingles and the virus that causes
it—its symptoms, how it’s transmitted, how to reduce your chances of getting it, and how to manage the condition if you do get sick. 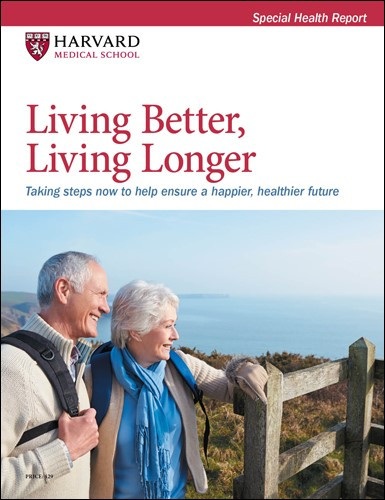 With this Special Health Report, Living Better, Living Longer, you will learn the protective steps doctors recommend for keeping your mind and body fit for an active and rewarding life. You’ll get tips for diet and exercise, preventive screenings, reducing the risk of coronary disease, strengthening bones, lessening joint aches, and assuring that your sight, hearing, and memory all stay sharp. Plus, you’ll get authoritative guidance to help you stretch your health care dollar, select a health plan that meets your needs, prepare a health care proxy, and more.
Read More