Is that winter sniffle a cold or a sinus infection?

How to tell the difference — and what to do about it. 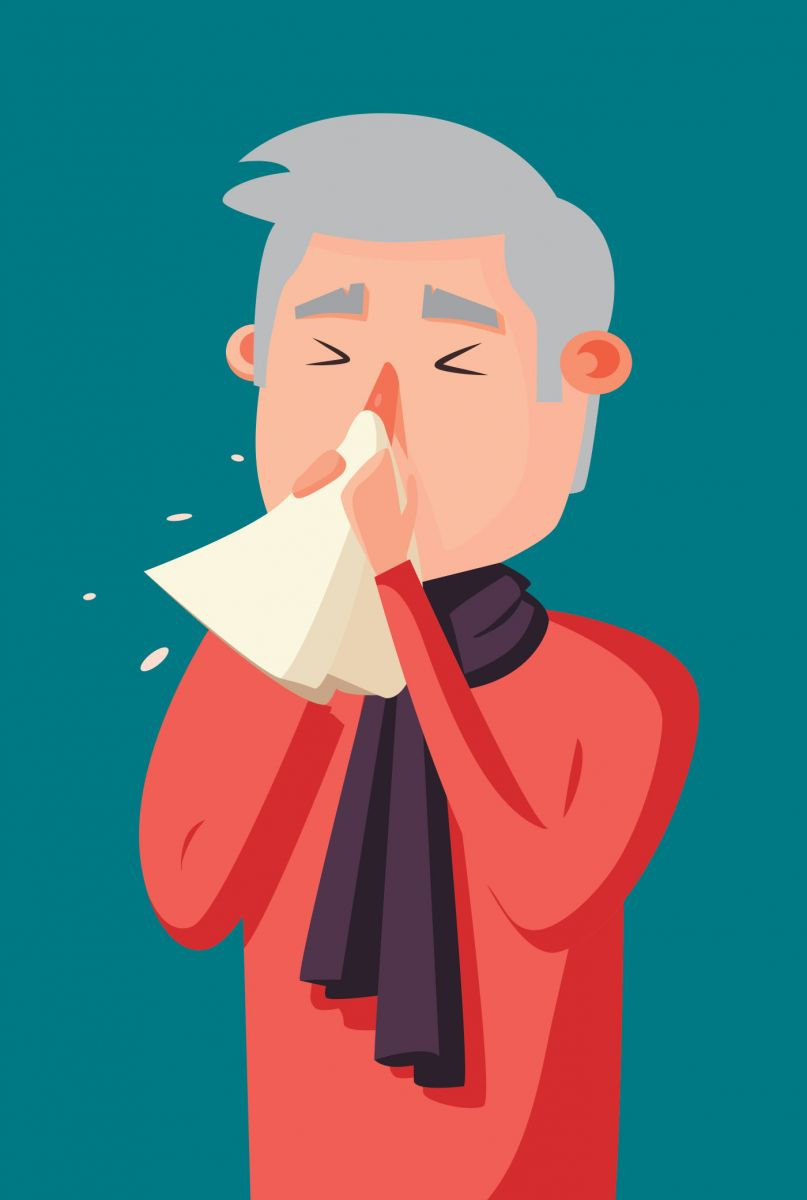 It's no fun coping with the stuffy, dripping head congestion of a winter bug. But how do you know if you're fighting a common cold or a sinus infection? "The symptoms can overlap, and it can be hard to tell the difference," says Dr. Ahmad Sedaghat, an otolaryngologist (ear, nose, and throat specialist) with Harvard-affiliated Massachusetts Eye and Ear Infirmary.

More than 200 viruses can cause a common cold. The most common culprits — responsible for up to 40% of colds — come from a family of viruses called rhinoviruses.

Cold symptoms typically include a sore throat, nose and sinus congestion, thick and sometimes discolored discharge, a runny nose, and sneezing. You may also develop a cough and hoarseness.

The sinuses are a group of air-filled, connected spaces in your skull. They are located between your eyes and behind your nose, cheeks, and forehead. Membranes in the walls of the sinuses produce mucus that catches germs and other pollutants. Tiny hairlike structures called cilia on the sinus walls sweep the mucus out of your sinuses and into your nose.

When you have a cold, the virus can infect the sinuses and cause inflammation in the sinus membranes. That's known as viral sinusitis. The sinuses can also become infected from bacteria. This condition, known as bacterial sinusitis or (in more casual terms) a sinus infection, may need to be treated with antibiotics.

In both viral and bacterial sinusitis, the sinus lining swells, blocking mucus from draining. Symptoms include pressure, pain, nasal congestion, thick discolored discharge (yellow or green), a diminished sense of smell, fever, headache, pain in the teeth of the upper jaw, and fatigue. Green discharge and fever may be more likely in bacterial sinusitis, although not all doctors agree on this.

The other is a pattern of symptoms: an illness that's apparently a cold starts to improve after a few days, but suddenly rebounds and becomes worse. "That's called double worsening, and suggests that what began as a cold has turned into a bacterial sinus infection," Dr. Sedaghat explains.

Dr. Sedaghat recommends that you treat colds symptomatically. "I tell my patients do whatever makes them feel better. Pain relievers like acetaminophen [Tylenol] and ibuprofen [Advil] can help. Home remedies that can improve nasal symptoms include saltwater rinses for the nose," Dr. Sedaghat suggests. He also points out that maintaining a healthy diet and drinking plenty of fluids can help keep your energy levels up.

Sinus infections are treated the same way as a cold. If bacteria cause the infection, antibiotics are an option. But many bacterial sinus infections get better on their own.

This is one scenario where it's okay to wait a few days before reporting your symptoms to your doctor's office. If symptoms don't improve on their own, you might be dealing with a bacterial infection, not a viral one. It's also a good idea to have your physician make sure your sinus blockage isn't being caused by nasal polyps or (rarely) tumors.