Lymphoma is a cancer of the lymph system (also called the lymphatic system). The lymph system is a network of tissue, vessels, and fluid (called lymph) that runs through all parts of the body. As part of the immune system, it helps protect the body from infection and disease by collecting and destroying invading organisms, such as bacteria, viruses, abnormal cells.

Lymph vessels: thin tubes that carry lymph from different parts of the body to the bloodstream.

Lymph nodes: small masses of tissue that store white blood cells and remove bacteria and other substances from the lymph. Lymph nodes are located in the neck, underarms, chest, abdomen, pelvis, and groin.

Lymphatic tissue is filled with lymphocytes, a type of white blood cells. There are two main types of lymphocytes:

Lymphoma starts when a lymphocyte morphs into an abnormal cell that begins dividing out of control. These abnormal cells often form masses (tumors) in lymph nodes and elsewhere. Because lymph tissue is located throughout the body, lymphoma can begin almost anywhere. It can spread to almost any tissue or organ.

There are two main types of lymphoma:

The main symptom of both Hodgkin and non-Hodgkin lymphomas is swollen lymph nodes in the neck, under the arms, or in the groin. Other symptoms include:

Because swollen lymph nodes caused by lymphoma usually are painless, they may get larger over a long time before the person notices. Also, fever may come and go for several weeks. Even the unexplained weight loss may continue for months before the person sees a doctor.

See your doctor if you notice swelling of one or more lymph nodes that persists for more than two weeks and/or you have other symptoms of lymphoma such as unexplained fever, weight loss, and night sweats.

Diagnosis usually begins with a physical exam. Your doctor will check for swollen lymph nodes and organs throughout your body. He or she will ask you about your health habits and past illnesses and treatments.

Blood tests will check the numbers and appearance of your blood cells (red cells, white cells and platelets). A special blood test called flow cytometry can sort and identify the different types of cells in the blood, including cancerous lymph cells.

A lymph node biopsy can help confirm the diagnosis. In this test, all or part of a lymph node is removed using a needle or during minor surgery. A specialist then views the tissue under microscope to check for cancerous white blood cells.

Other tests may be needed to "stage" the cancer. Such tests include CT scans, an MRI of the chest and abdomen, a positron emission tomography (PET) scan, or a bone marrow biopsy.

Some forms of non-Hodgkin lymphoma are slow-growing. For them, treatment may be postponed until symptoms appear.

Hodgkin lymphoma can often be cured.

Radiation is the traditional treatment for Hodgkin disease that is localized to one group of lymph nodes. For more advanced stages of Hodgkin disease, combination chemotherapy with three or four different drugs is used.

Treatment for non-Hodgkin lymphoma depends on the grade of lymphoma (low, or high), the stage of the disease, and the person's age and health.

Low-grade (slow-growing) lymphomas, the ones that occur more often in older people, may not require immediate treatment if there are no symptoms. Early, aggressive therapy does not improve survival for most low-grade lymphomas.

Low-grade lymphoma that is advancing or causing symptoms may be treated in a variety of ways. The choice of therapy depends on the age of the person and whether he or she has other medical problems. Low-dose chemotherapy won't cure the lymphoma, but may help keep the number of cancer cells in check. More aggressive therapy may include high-dose chemotherapy or a bone marrow transplant.

For higher-grade lymphomas, the main treatment is usually high-dose chemotherapy often combined with immunotherapy, with or without radiation. Your doctor may recommend a bone marrow transplant or stem cell transplant. 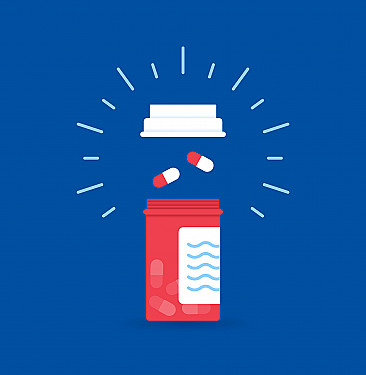