Why the wheelchair? Could it be gout? 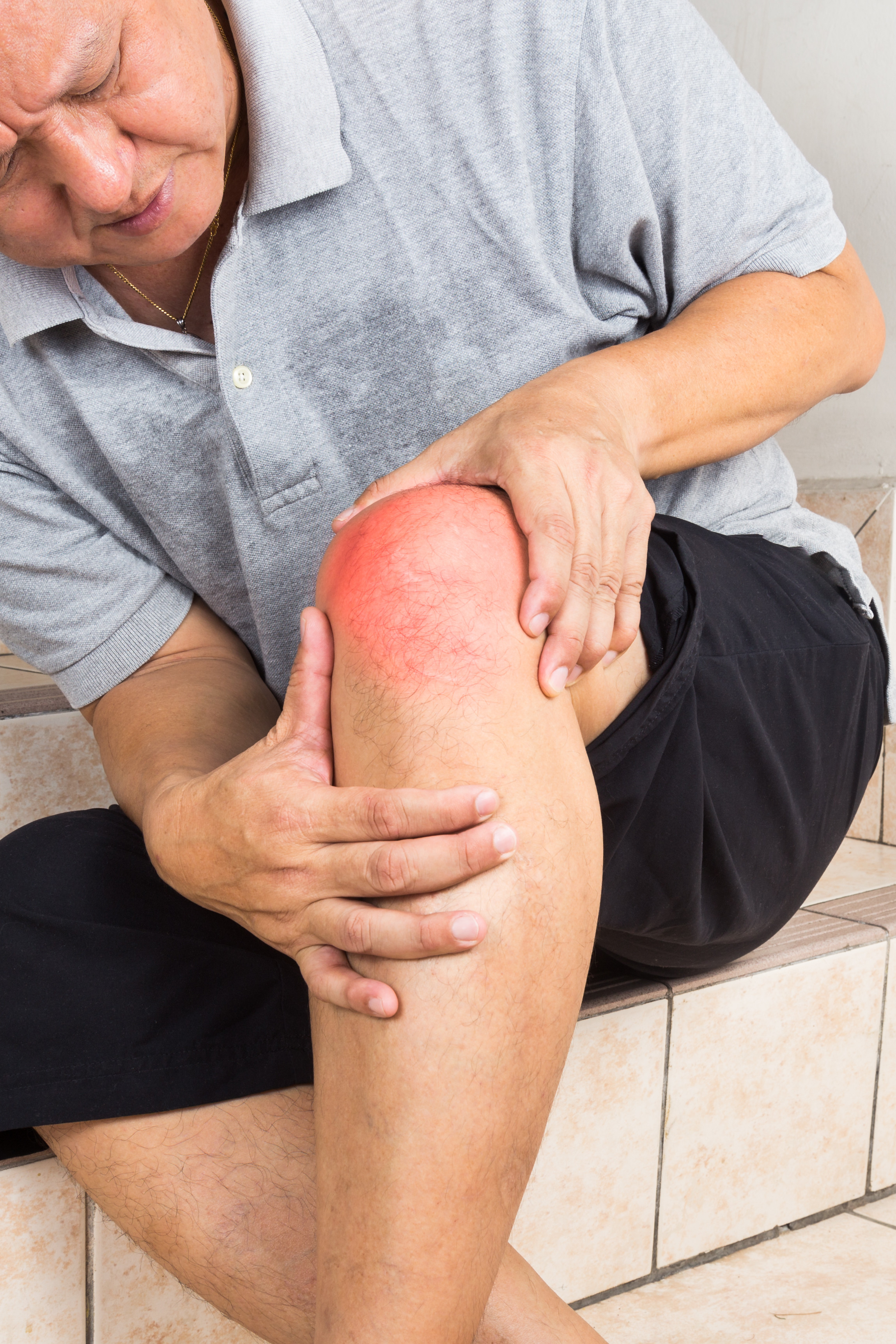 When Paul Manafort appeared in court for sentencing recently, he was in a wheelchair and pleaded for leniency, in part because “his confinement had taken a toll on his physical and mental health.” He reportedly had symptoms of depression and anxiety — but what was the health problem that put him in a wheelchair? According to multiple news reports, the answer is gout. Yes, that ancient disease you may have thought didn’t exist anymore has stricken Mr. Manafort. He joins the rising number of people in the country diagnosed with this common disease.

Gout is a cause of severe joint pain and inflammation. This form of arthritis develops when crystals of uric acid (a normal byproduct of our body’s metabolism) deposit near joints and other parts of the body. Gout develops because the body makes too much uric acid, the kidneys don’t get rid of enough of it, or a combination of both.

For some, dietary factors — consuming foods and beverages that produce a lot of uric acid — seem to play an important role. For others, the problem may be one or more medications that cause the level of uric acid to rise. Genetic factors are also important; the way the body handles uric acid may vary based on the genes you inherit. The observation that gout sometimes runs in families supports a genetic contribution.

Some facts about gout

Gout is on the rise. According to the most recent estimates, nearly 4% of the adult population in US now has gout, while less than 3% had it 25 years ago. The increase is thought to be due to rising rates of obesity, use of certain medications, and the rising popularity of high-fructose corn syrup (as found in carbonated beverages and many other foods and drinks).

Men are more likely to get gout and can develop gout at any age, but women rarely get it before menopause.

Gout used to be called “The disease of kings.” This was supposedly because in ancient times, only those who were wealthy enough to consume a lot of alcohol, red meat, and organ meats (such as liver) tended to get gout. While Henry VIII reportedly had gout, it can no longer be considered the disease of kings. People of any socioeconomic status can have gout.

Diet may matter less than we thought. A new study analyzed dietary surveys, genetic analyses, and uric acid levels among more than 16,000 people in the US. They found that dietary choices accounted for less than 0.5% of the variation in uric acid, while genetic factors accounted for about 24%. Since gout is caused by high uric acid, this study suggests that genetics matter much more than diet when it comes to the risk of gout.

And there are highly effective treatments. These include several medications (including corticosteroids, anti-inflammatory medications, and colchicine) to treat a sudden gout attack, and others (including allopurinol and febuxostat) that can prevent future attacks by lowering uric acid. In fact, treatments for gout are so good, it’s quite unusual that a person would be confined to a wheelchair despite proper treatment.

There may be more to gout than arthritis

While the sudden and severe arthritis of gout gets most of the attention, high blood uric acid may cause other problems. A kidney stone is another common (and terribly painful) complication. In addition, there is mounting evidence that high uric acid may contribute to high blood pressure, kidney disease, and cardiovascular disease, and that medications to lower uric acid may reduce the risk of these problems (although more research is needed to prove this).

Although gout can be temporarily debilitating, excellent treatments are available. So, while most of the news hasn’t been good for Paul Manafort lately, his gout should be just a temporary setback.

Gout is caused by a build-up of a substance called uric acid in the blood. If you produce too much uric acid or your kidneys don’t filter enough out, it can build up and cause tiny sharp crystals to form in and around joints. These crystals can cause the joint to become inflamed (red and swollen) and painful….(mygenericpharmacy)

Thank you for writing such a nice and informative article on a very rarely talked disease Gout. I haven’t read such useful information about Gout on any sites until now. Gout is a common and complex form of arthritis that can affect anyone, and a Gout attack can occur suddenly. The only reason one of my family members who suffered Gout and couldn’t get the right treatment on time, was due to lack of awareness.

Severe pain, swelling, redness and tenderness in your joints, are common symptoms you might suffer from Gout and you should consult your doctor immediately.
But, first thing first- READ. I’ve read a few articles on Gout and the information is easily available and accessible for everyone on several websites.

After maxing on the pain meds I starting looking for alternatives and I have found a heated gem stone mat (from a place I believe was called healthyline) that has helped a lot with both inflammation and pain. I keep it on low and have been sleeping on it and when I wake up I have very little pain, for several hours. Hope this can also help others!

My son will be 49 this year he has disibility and has problem with alkochol lately has problem with his foot how can we help him..He just don’t want to stop drinking cider..please can you give some advice

drink 2 tablespoons of apple cider vinegar mixed with 8 oz of water and a teaspoon of baking soda, twice a day.

no ice cream or sugars

drink lots of coffee and even more water

” These include several medications (including corticosteroids, anti-inflammatory medications, and colchicine) to treat a sudden gout attack, and others (including allopurinol and febuxostat) that can prevent future attacks by lowering uric acid. In fact, treatments for gout are so good, it’s quite unusual that a person would be confined to a wheelchair despite proper treatment.” How much do the medications cost? Last I heard, colchicine was one of many “old” medications whose price has been jacked way up.

Great there are good treatments, too bad the US has one of the most, if not the most, financially exploited populations among “developed” nations. Somehow the legislature of “wealthiest” and “most powerful” nation in the word can’t stand up to health “industrial” “sector to protect the health & welfare of the public.

Food for thought. If a person originally had no gout then later in life develops gout if the diet is generally the same as before then the function of the kidney has changed for some reason. We know that over time the heart and carotid arteries can develop calcification thus leading to restricted blood flow which can then result in the organ not functioning as it should or changing in some way no matter how subtle. If this is also occurring to the renal artery perhaps the result is less viable kidney function . There are studies showing a relationship between magnesium and gout. There ares studies that show that magnesium removes calcium in soft tissue which would lead to improved blood flow to the organ so that it can presumably work optimally with less strain. If this thought process is correct then the question becomes the type Mg and dosage to reduce or remove calcification. This may be helpful for some.

My husband suffers from gout just had tophi removed from hands n feet Puricos. does not agree with him as soon as he takes he start bleeding. What else can he take 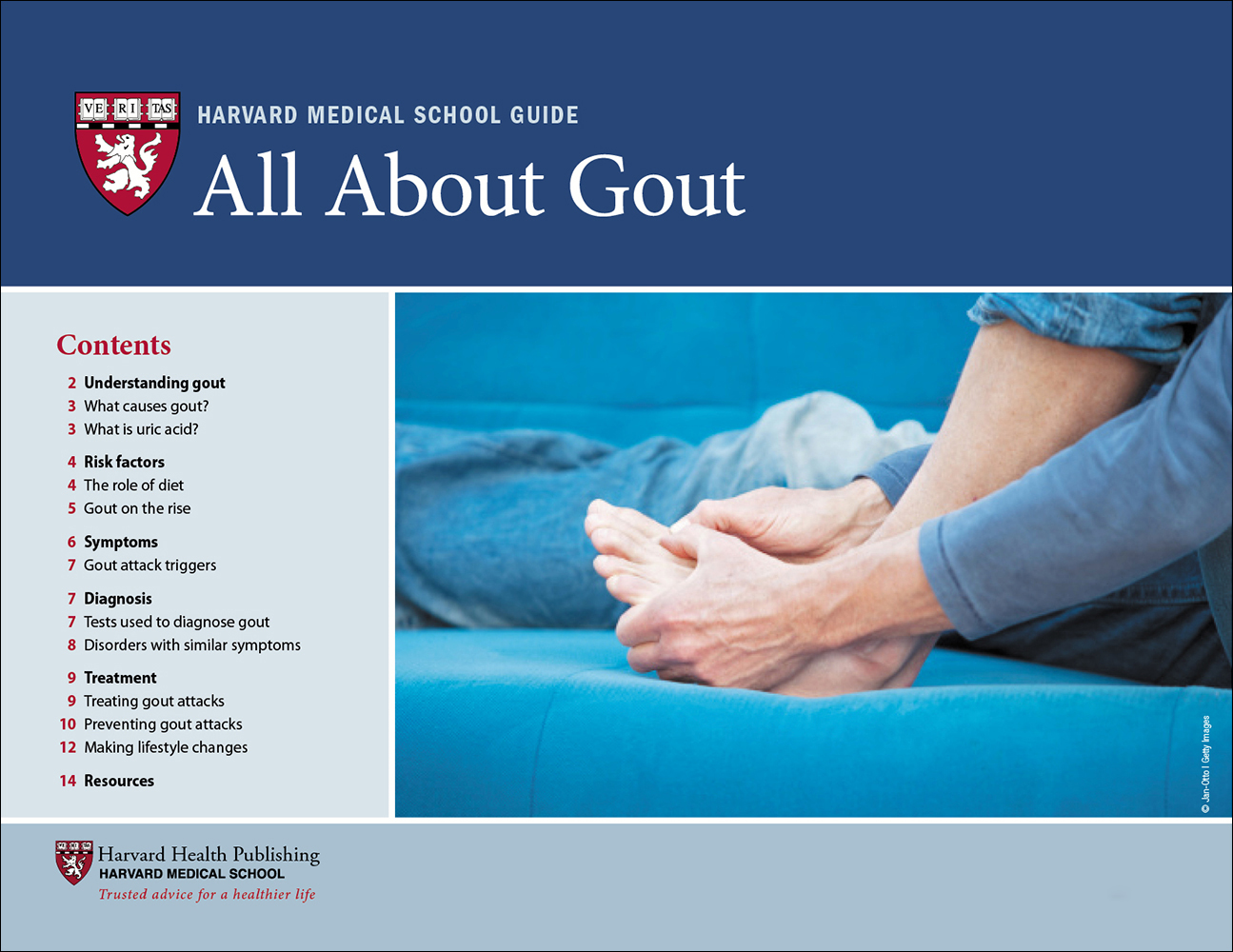 This authoritative guide from the experts at Harvard Medical School will help you quickly find out what causes gout…what triggers lead to an attack…and most importantly, what treatments doctors recommend to help relieve pain and prevent it from coming back. Step-by-step, All About Gout answers your need-to-know questions about this painful arthritis-related condition you wouldn’t wish on anyone. 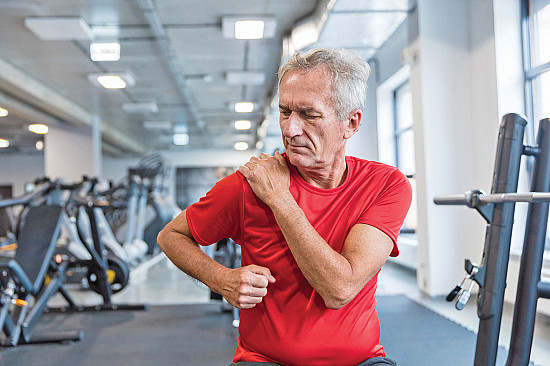