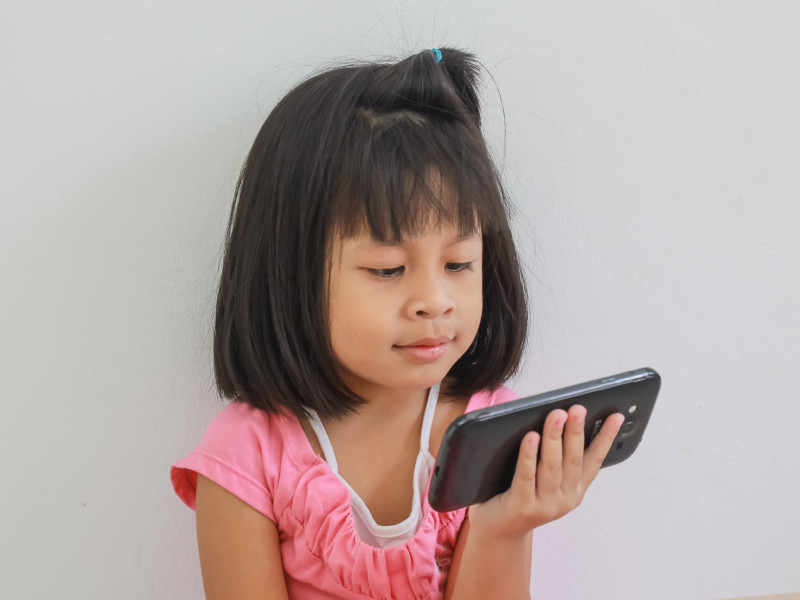 Did you know that 42% of US children ages 0 to 8 have their own mobile device?

That’s one of the many interesting findings of the Common Sense Media Census: Media Use by Kids Zero to Eight. Researchers interviewed 1,454 parents of children 0 to 8, whose ethnicity, education, and socioeconomic status were representative of the US as a whole.

Essentially all homes had a mobile device, up from half in 2011. Ninety-five percent of homes had a smartphone, 78% had a tablet, and, as I said before, 42% of children had their own mobile device. What’s interesting is that the 42% number was the same whether families were high- or low-income. Parents are buying mobile devices for their children, plain and simple.

The amount of time that young children spend in front of screens hasn’t changed much since 2011. On average, it’s about two hours a day (ranging from 42 minutes a day for the under-2 crowd to about three hours for the 5-to-8-year-olds). What has changed, though, is that kids 2 to 8 are spending about an hour a day on a mobile device.

In 2011, just six short years ago, kids under 8 spent about five minutes a day on mobile devices.

If that’s all kids did, this would all be good news. But that’s not all they do. Mostly, according to the report, they watch TV and play games on the devices. And 19% use them in restaurants, and 14% use them while eating meals, cutting into conversations they might have had with family and friends.

Also, they spend more time on mobile devices than reading, if they read at all. Only a little more than half of children 0 to 8 read or are read to — and only for an average of 30 minutes. While mobile devices can be used for reading, that’s not what kids are using them for.

That’s the thing: any device is only as good as what we use it for

When the use of any technology spreads and advances so quickly, it’s hard to be really thoughtful and careful about the implications. It’s perfectly natural to think of these devices as fun new toys — because they are. It’s perfectly natural, too, to think of them as full of potential — because they are. Our task as parents, caregivers, and educators is to be sure that the potential for our children is for good, not harm.

Here are some ways we can do just that:

The American Academy of Pediatrics has an interactive resource that can help you make a family media plan and help you be sure that mobile devices influence your child’s life in good ways, not bad ones.

Most of the Asian countries are now witnessing the rise of digital revolution and this is affecting the children from their early childhood. Many kids here also have their own mobiles and have already stopped socializing with family and friends. With advanced technology showing us miracles, kids are still stuck in apps and are continuing to stay in their virtual reality. As parents, it is a matter of utmost stress.