What parents should know about tattoos 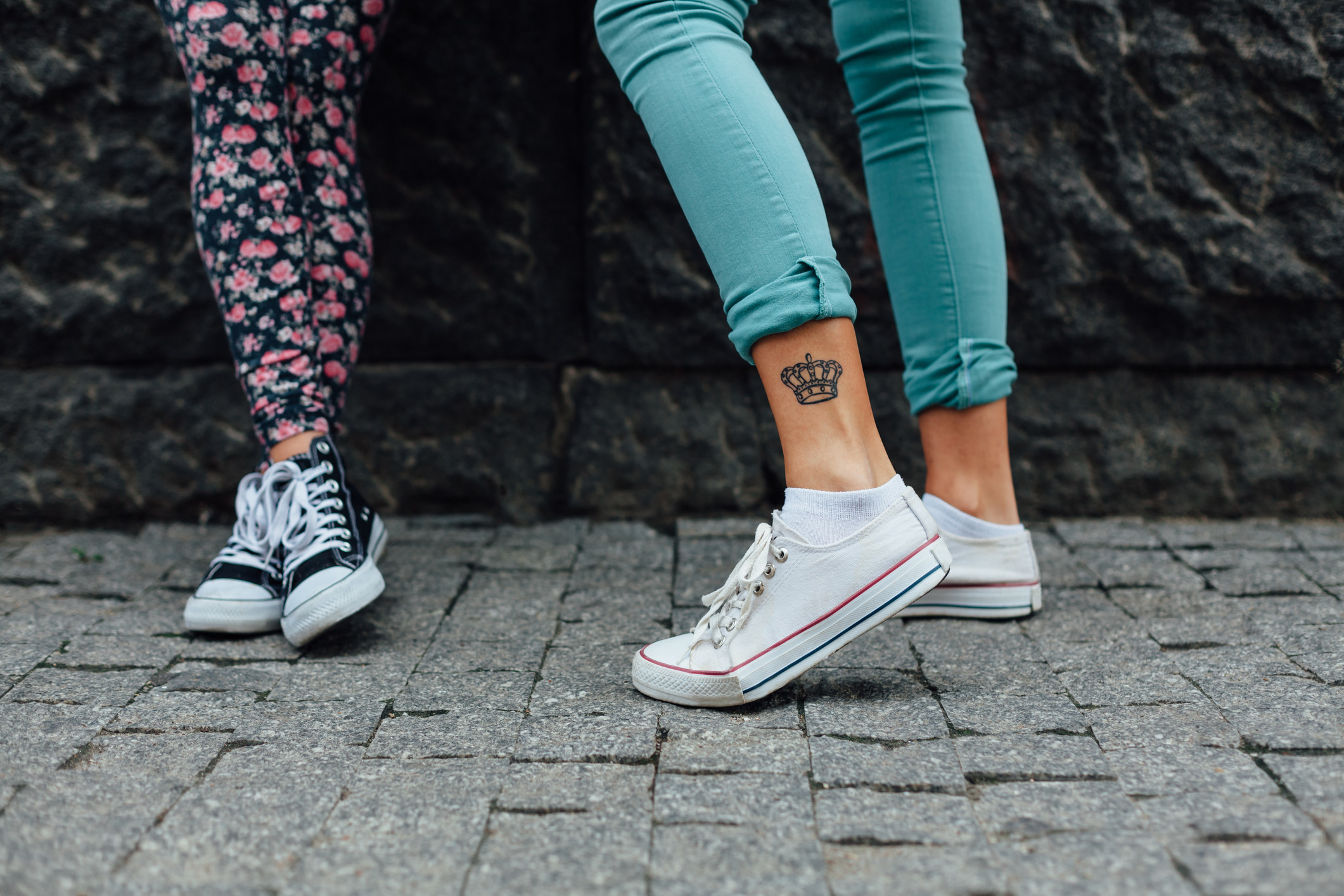 These days, tattoos are increasingly common. According to a 2015 Harris poll, three in 10 American adults have a tattoo — up from two in 10 in 2012. They are particularly popular in young people; among Millennials, nearly half have a tattoo.

In most states, you have to be at least 18 to get a tattoo, but with parental permission, in many states you can get one sooner. Given the popularity of tattoos, this means that lots of parents are having conversations with their teens about tattoos — and having to decide whether or not they should say yes to one.

To help parents make this tough decision, the American Academy of Pediatrics (AAP) released a clinical report entitled “Adolescent and Young Adult Tattooing, Piercing, and Scarification.” Here are some highlights — and some points parents and teens really need to talk about.

It is a decision that is hard to undo — and can have repercussions. Tattoos are much more accepted than they used to be, it’s true. But they can still affect how others perceive you. In one 2014 survey discussed in the report, 76% of 2,700 people interviewed said they believed that a tattoo or piercing had hurt their chances of getting a job. Some professions tolerate them more than others, but not only can you not predict any particular person’s reaction, most teens simply don’t know what the future might hold for them professionally. While tattoos can often be removed, it’s expensive (laser removal costs between $49 and $300 per square inch of tattoo) and may not have a perfect cosmetic result.

Obviously, what your tattoo is and where you put it make a difference. Parents who are considering letting their teen have a tattoo (or who have teens who can legally get one without permission) should talk with them about choosing a tattoo that won’t offend or alarm anyone, and about putting it somewhere they could hide it, if need be.

While complications are rare, they are possible. The most serious complication is infection, either of the skin where the tattoo is done, or an infection transmitted to the bloodstream from the instruments used to make the tattoo. That’s why…

The tattoo salon should be clean and reputable and use sterile needles — and practice infection control like any doctor’s office. The AAP recommends that the facility be regulated by the state and provide clients with information on caring for the tattoo. It’s also important that…

Anyone getting a tattoo should be up to date on their immunizations. And it’s important that anyone with a health problem that increases their risk of infection talk to their doctor before getting any tattoo or piercing.

“Scarification,” in which words or images are cut or burned into the skin, is not as regulated as tattooing or piercing. It is prohibited in some states. Parents should be aware of this, not only because it is risky, but also because there can be a fine line between body art and self-mutilation — and self-mutilation can be a sign of mental health problems. If a teen is cutting or burning themselves, a call to the doctor is in order to be sure that there isn’t more going on.

That same Harris poll found that nearly one in four people who got a tattoo regretted getting one. The most common reason they gave, interestingly, was that they were too young when they got the tattoo. Other reasons included: it no longer fit their lifestyle, it had the name of someone they were no longer with, it didn’t look professional, and it was no longer meaningful.

Almost by definition, youth are impulsive and have difficulty seeing the implications of their decisions, both short-term and long-term. When it comes to a decision like a tattoo, the biggest job of a parent is to rein in that impulsivity — there is no such thing as an urgent need for a tattoo — and help teens understand all of the possible implications.

Laser removal happens to be the most accepted technique. The laser rays are persistent on the ink breaking it up into minute figments. The immune system of the body then disposes those figments slowly from the skin. However, the person needs to undergo some laser removal sessions if he/she wants to get that marking totally removed from the skin.