Want to get enough vitamin D? Try supplements — or sunshine 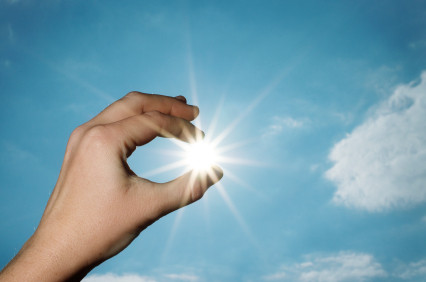 This morning, I swallowed a small translucent capsule I’d popped out of the blister pack I keep next to the coffee pot. I’m not sure what’s in this little pill, but I’ve taken one with breakfast every day for more than two years and will keep taking them for at least two more years.

Like almost 26,000 other women and men, I’m part of the VITamin D and OmegA-3 TriaL, otherwise known as the VITAL study. Every day we take identical pills, but half of us are getting 2,000 IU of vitamin D and the rest of us are taking a placebo. We’re also taking another capsule that contains either a gram of omega-3 fatty acids or a placebo. We don’t know which groups we’re in — and neither do the researchers.

I volunteered for the study because I had read so many promising reports about vitamin D and had a lot of questions: Does it prevent heart attacks and strokes? Does it reduce the risk of cancer? Does it prevent bone fractures? The VITAL study was designed to answer all three. By the end of 2017, we’ll know who got vitamin D and who got the placebo, and whether the vitamin D group had lower rates of those health problems than the placebo group. We’ll also have similar information about the effects of the omega-3 fatty acid capsules, and the effects of vitamin D in combination with them.

Why VITAL is vital

So far, numerous small studies have failed to show conclusively that taking vitamin D supplements prevents cardiovascular disease or cancer, and in 2014 the US Preventive Services Task Force determined that there isn’t enough evidence to recommend vitamin D supplements to stave off either condition.

Although vitamin D has is essential to bone health, a controlled clinical trial published in JAMA Internal Medicine this week found that a vitamin D supplements didn’t build bone in postmenopausal women with blood levels of vitamin D below the 30 ng/mL–the threshold generally considered necessary for good health. In that study, researchers at the University of Wisconsin randomly assigned 260 women to three groups: one got either 800 IU daily and a placebo twice a month; one got a placebo daily and 50,000 IU of vitamin D twice a month; the third got placebos daily and twice a month. The study lasted a year. The researchers found that neither dose of vitamin D had a significant effect on bone mass, falls or fractures.

The Wisconsin study may not have used the right doses of vitamin D or lasted long enough, says Dr. JoAnn Manson, chief of the Division of Preventive Medicine at Harvard-affiliated Brigham and Women’s Hospital. Dr. Manson is also a principal investigator of the VITAL study. “VITAL is large enough to demonstrate even small-to-moderate benefits of vitamin D supplementation,” she says. She adds that the VITAL study dose of 2,000 IU daily ensures that the vast majority of participants in the vitamin D group will have blood levels of vitamin D above 30 ng/mL, while virtually none will have blood levels high enough to cause adverse effects. In addition, VITAL’s five-year duration is long enough to determine whether 2,000 IU of vitamin D protects against falls and fractures as well as cardiovascular disease and cancer. Other large, long-term studies using similar doses of vitamin D are also getting under way in Finland, the United Kingdom, and Australia.

While you’re waiting for answers from the big studies, you may also want to try getting a little sunshine — a tactic that seems almost subversive these days. A commentary published online in June by the Journal of the American College of Nutrition points out that vitamin D isn’t actually a vitamin, but a hormone manufactured in our skin with the aid of the sun’s radiation. They say that many people have blood levels below 30 ng/mL because they don’t get enough sun exposure, and that the sun’s health benefits have been clouded by decades of unnecessarily harsh warnings that have us either slathering ourselves with sunscreen or staying indoors during peak sun hours. The researchers maintain that it is possible to absorb enough sunlight to achieve adequate vitamin D levels without increasing your risk of skin cancer. (However, they don’t guarantee that you’ll be immune to wrinkles, age spots, and other effects of sun exposure.)

(Their advice may not be of much help to the United Kingdom, however. Their government’s  Scientific Advisory Committee on Nutrition has just declared that, because the sun over the British Isles is so unreliable as a source of vitamin D, all citizens are advised to take a daily vitamin D supplement of 10 micrograms — the equivalent of 400 IU.)

Endocrinologist Michael Holick, director of the Bone Health Care Clinic at Boston Medical Center, was one of the commentary’s authors. Dr. Holick has made many of the discoveries that explain how vitamin D is produced and how it works in our bodies. He explains that several factors determine how much vitamin D we make, including age, skin pigmentation, the latitude at which we live, and the angle of the sun in the sky. He offers a simple prescription for vitamin D production: Go out in the sun between 10 a.m. and 3 p.m. with at least 10% of your skin exposed. Stay out long enough to absorb the sun but not long enough to be burned. (This approach is reliable for most regions of the U.S., but only during the summer months. In other seasons, the body makes little if any vitamin D from the sun at latitudes above 37 degrees north in the United States.)

An app for all seasons

If all this sounds a little iffy, you can download dminder — an app for smartphones and tablets that is based on Dr. Holick’s research. Dminder calculates how much sunlight you can absorb without risking skin cancer. You enter information on your age, height, weight, and skin type into the app, and grant it access to your device’s GPS. The app will let you know if the sunlight is adequate for vitamin D production and calculate how many IUs of vitamin D you’re making while you’re outside. It will also warn you when it’s time to run for the shade. You can download this app from the App Store or Google Play. Just search on “dminder.”

What to do about vitamin D?

Whether to choose supplements or sunlight to get your vitamin D quota might be worth discussing with your doctor. Whatever you decide, it’s still important to get the recommended daily dose of vitamin D: 400 IU for infants; 600 IU for children and adults through age 70; and 800 IU for people ages 71 and older.