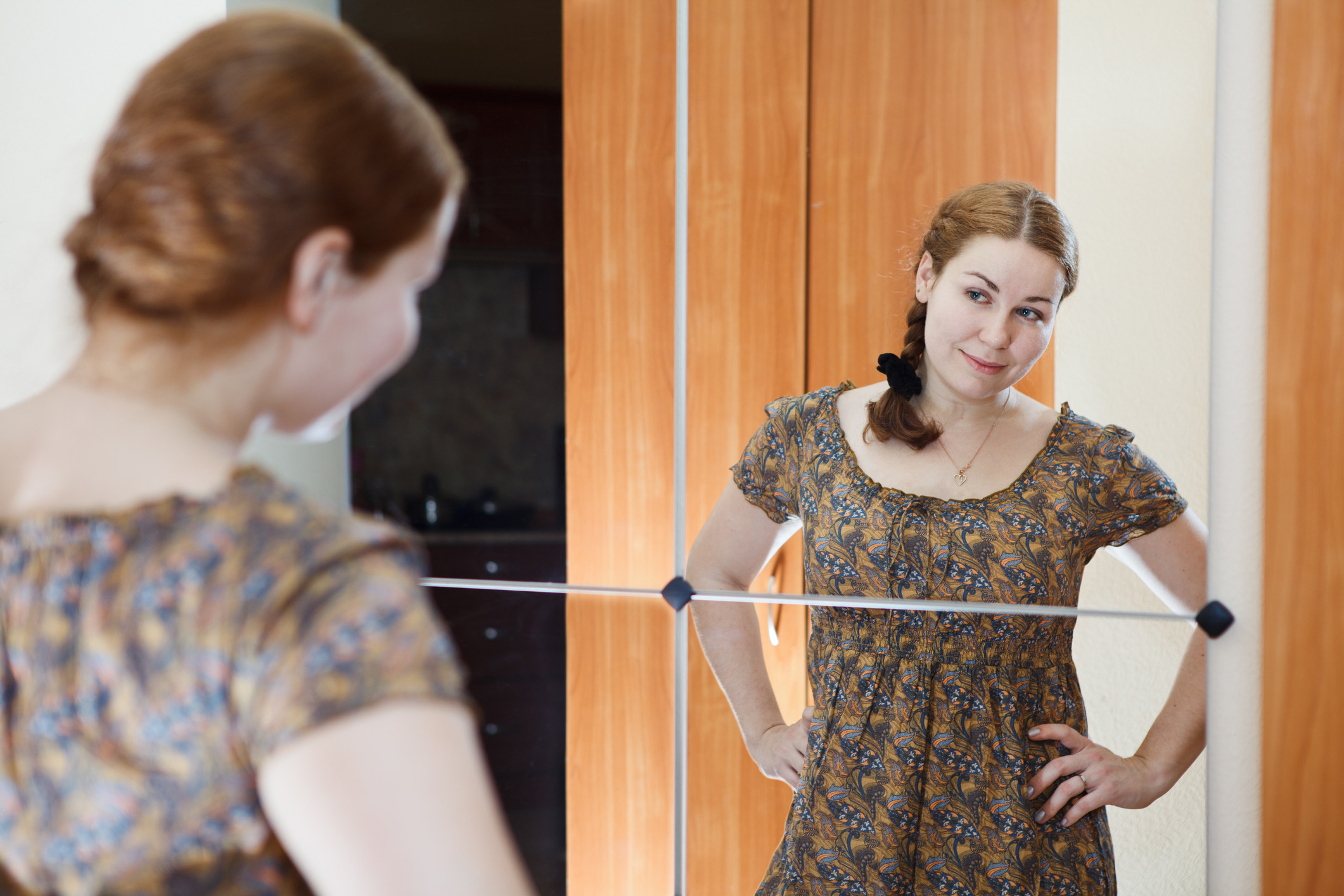 Many of us are not happy with our physical appearance. We want to change ourselves, to be more like the current ideal projected on magazine covers, billboards, TV, movies… Indeed, there is a multibillion-dollar industry built around people’s desire to look “better.”

I think we all have an idea that our society’s obsession with body image is not entirely healthy, and it isn’t. There is plenty of research showing that poor body image is associated with depression and eating disorders, particularly among women.

Research also has shown that exercise can improve a person’s own body image, regardless of any actual change in their body. One study showed that just 30 minutes of physical activity had a significant positive effect on women’s body image. But why is this?

A small study published in the journal Psychology of Sport and Exercise tested various hypotheses. They recruited 75 college-age women who were dissatisfied with their physical appearance, as measured by several previously validated questionnaires. Only women of normal weight, without major medical problems and who were already moderately active, were chosen to participate.

The questionnaires measured how these women felt about their appearance, weight, fat percentage, fitness, endurance, strength, confidence in their ability to exercise, energy levels, and stress. They were also asked how much they enjoyed exercise. Then, half of the women exercised vigorously for 30 minutes (on an exercise bike, to between 65% and 85% of their maximum heart rate) while the other half sat in a room and read magazines (but not fashion or fitness magazines, only National Geographic!). Then they all repeated the questionnaires, right away and again 20 minutes later.

The women who exercised felt significantly thinner and stronger immediately, and still felt that way 20 minutes after exercising. The authors suggest that these positive changes may last longer than 20 minutes, and thus may help to explain why people who exercise regularly have better self-images regardless of any actual change in their appearance. They call for further research examining different types of exercise and extending the post-exercise study time.

Though this is a small study, it does support prior findings. I think it’s safe to say that exercise is clearly associated with improvements in body image, and there is little downside. I already recommend regular exercise to my patients who suffer from depression, and for those who also suffer from poor self-image, this recommendation could be even more important.