Think running is not for you? Try this 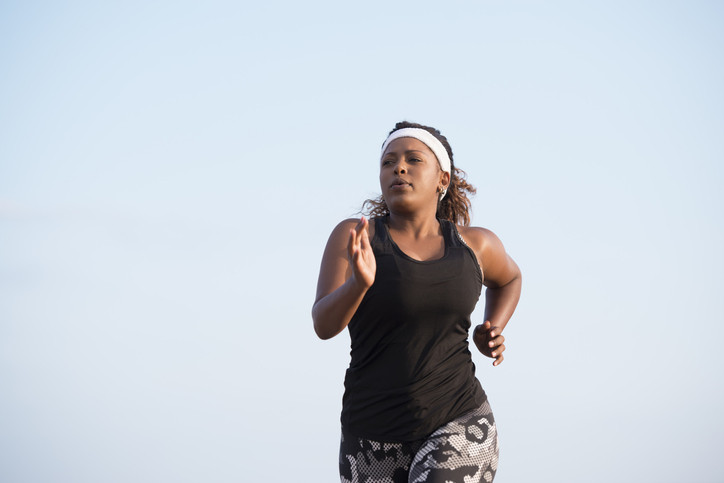 The first time I tried running, I hated it. It was only two miles, but I was positive I would never, ever run again.

Sure, I understood the many benefits of running like improved heart health, weight management, and better moods. Yet, like many people who initially swear off running, I believed you had to run for many miles and many hours on a regular basis to make it worthwhile.

How much running adds up to benefits?

It turns out my thinking about running and health was all wrong. Research suggests that you don’t have to run far, fast, or even that often to reap the rewards from running.

For instance, a meta-analysis published online Nov. 4, 2019, by the British Journal of Sports Medicine looked at 14 studies involving more than 232,000 people, and found that running only once a week for less than 50 minutes has significant health benefits, such as a lower risk of cardiovascular disease, cancer, and death from all causes.

Even if you are a complete novice, or the idea of running sounds off-putting, you should still give it a try. “Many people think running is not for them, or they can’t do it well, but running is a simple skill and an easy activity to get into,” says Michael Clem, a doctor of physical therapy at the Harvard-affiliated Spaulding Outpatient Center. “After all, we’ve been running since we could walk.”

An easy way to ease into running is a run/walk program. With run/walk, you run for a brief period at a comfortable pace and then take a walking break until your body recovers. You repeat this back-and-forth cycle for a certain amount of time or distance. The goal is to slowly increase your running time and decrease your walking time until you run for a total of 20 to 25 minutes. You can do this either outside or on a treadmill.

Here is how a beginning program works:

After one or two weeks, increase your running time to three or four minutes and walk two to three minutes or until you have recovered. Repeat the pattern five times.

When this becomes easy, run for five minutes and walk for a minute or until you have recovered. Complete the pattern four to five times.

Once you reach 20 to 25 minutes of running with few, if any, walking breaks, then you can adjust your running and walking times to fit your exercise goals like running longer or faster, or just staying where you are and focusing on consistency.

It’s running’s range of possibilities that turned me into a believer. Once I realized that running is an individual endeavor that doesn’t conform to specific guidelines or expectations, I began to enjoy it. I now run for as long and as fast and as often as I want, knowing that any time spent running is time well spent.

3 years ago, in my early 50’s, I weighed in at 140kg and got out of breath walking, let alone running! I did precisely what was described in this article. Started walking, interspersed with very short runs. What I found worked for me, was committing to a certain amount of time and gradually increasing the intensity (not more than 10% increments) within the same timeframe. I also deliberately included gradient in my routes and focused running up hills, as this increased the resistance. Today I am keeping my weight under 90kg, running 50km – 75km a week and regularly competing in half marathon trails and road marathons. As a regular traveller, I make a point of running in every city I visit and have found it is a great way to discover new places. Let me add however, it was hard work at the beginning. I had to believe that running was good for me and that with time it would get easier and it took almost a year to reach a point where I could honestly admit to missing the activity when I couldn’t run. Investing in good shoes for different surfaces (I use ATR’s for trail running and regular road shoes for marathons) and mixing up surfaces, have both contributed to minimal injury. Whatever you choose to do, I cannot advocate more for spending time on your feet! 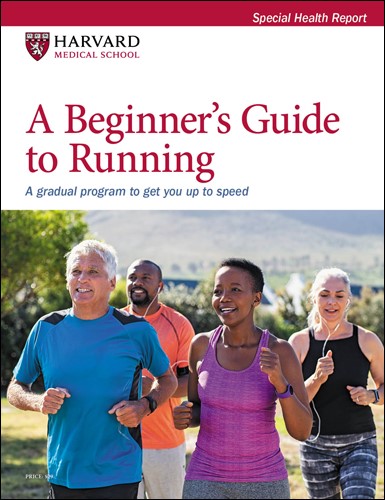 A Beginner's Guide to Running

Running is fun and also outpaces most other types of exercise for the amount of benefits it delivers. So why don’t we run more? The good news is that most people can overcome obstacles to running fairly easily. This Special Health Report offers a step-by-step running plan that eases your in and helps you gradually pick up speed. Along with strength training workouts and post-run routines that will help to loosen tight muscles and keep you limber, there's a series of foot exercises to condition your feet and ankles for the impact of running. This comprehensive running plan will helps build strength, and endurance all while minimizing the risk of injuries. Happy running! 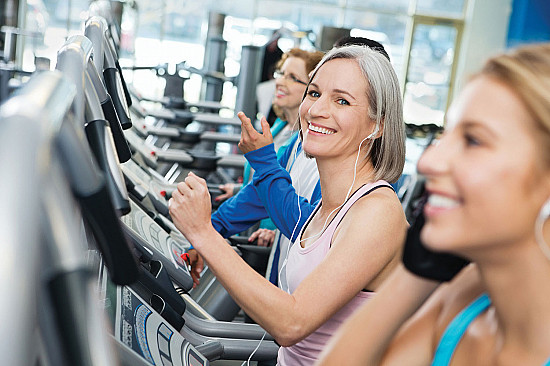