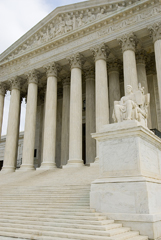 The passage of the Patient Protection and Affordable Care Act (which I’ll just call the Law) in 2010 was regarded as a landmark event in U.S. history. Today’s ruling by the Supreme Court, which largely upholds the Law, should also be viewed as a landmark event—whether one agrees with it or not.

Before the Law was passed, I saw two huge challenges facing U.S. health care. The first was the fact that so many people did not have health insurance. The second was the high cost of health care.

For decades, the percentage of Americans with health insurance has been lower than in other developed nations. Passage of the Law did not immediately change things. At the time of a survey by the National Center for Health Statistics in 2011, 46 million Americans—15% of the population—had no health insurance. These people lived an automobile accident, a heart attack, or a stroke away from becoming destitute.

Who are they? Relatively few are unemployed adults. People who are chronically unemployed have often been able to get health insurance through Medicaid. In fact, most of the uninsured are working adults whose employers did not provide health insurance. Many are children—often, the children of employed but uninsured adults. A smaller fraction are adults under the age of 65 who are out of the labor force.

Another group of people without health insurance are healthy young adults who have simply decided not to pay for health insurance—and to take their chances. They know that if they become seriously injured or ill, they will receive health care somewhere—effectively paid for by the insurance payments that other people are making. They are “free riders.” In passing the Law, the President and Congress basically said to them, “That’s not fair.”

What does the Supreme Court’s decision mean?

It means that health care will continue to be provided largely by the private sector—private doctors and hospitals. And for people under age 65, it will largely be financed by private insurance companies, not the government. The charge by some that the Law is “socialized medicine” is simply misinformed.

It means that many very popular provisions of the law will remain in force:

It means that several unpopular provisions of the law also will remain in force:

In summary, the decision of the Supreme Court means that more people will have health insurance. It also means that the enormous uncertainty—for individuals, for employers and for government—about whether the Law would remain the law of the land has been removed. Planning can move forward.

But several major issues remain under a cloud of uncertainty.

Will there be a new President and an altered Congress in January 2013 that might repeal the Law?

Will the constraints on using Medicaid funding that the Supreme Court placed on the Law make it difficult to find the money necessary to provide coverage to everyone the Law intends to cover?

What will be done, if anything, to provide insurance to the millions who will remain uninsured even after the full implementation of this law?

Finally, what will the Law do to contain the rising costs of health care? If those costs continue to rise well above the rate of growth in the economy, it will be damaging to the economy—even if it protects more people from personal financial ruin.

I’m a practicing doctor. I’ve cared for many patients over the years who had no health insurance, and who lived in constant fear for their personal and financial health. So I was delighted that the Law was passed, and am very happy that it has been upheld by the Supreme Court. I’m not cracking open the champagne just yet, though. Although the Law is a major step forward, some major obstacles still remain.