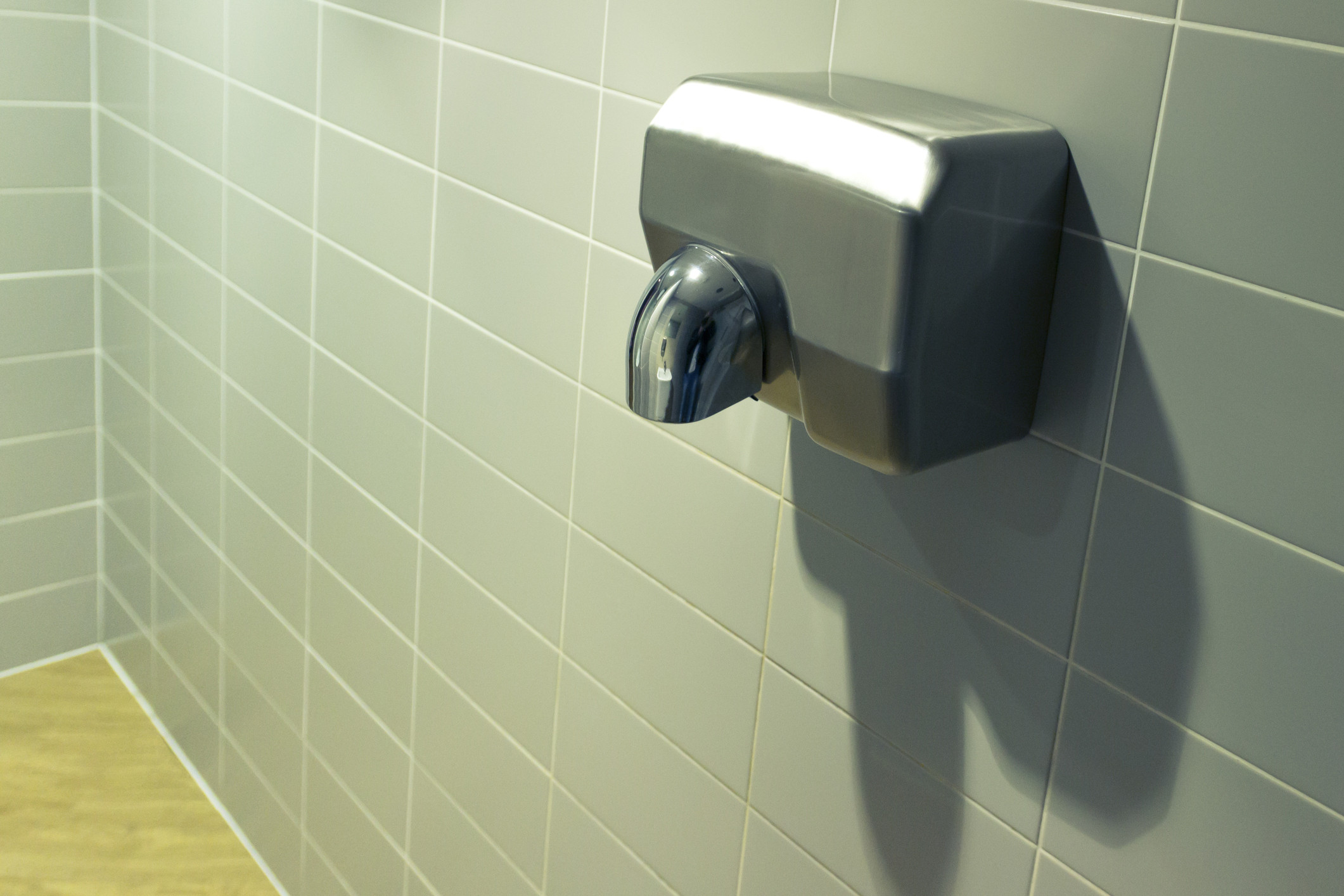 If you’re the kind of person who avoids public bathrooms at all costs, you may feel validated, as well as disturbed, by a new study from researchers at the University of Connecticut and Quinnipiac University. They suspected that hot-air hand dryers in public restrooms might be sucking up bacteria from the air, and dumping them on the newly washed hands of unsuspecting patrons.

How did the bacteria get into the air in the first place? Unfortunately, every time a lidless toilet is flushed, it aerosolizes a fine mist of microbes. This fecal cloud may disperse over an area as large as six square meters (65 square feet). Aerosols from flushed toilets may be especially harmful in the hospital setting as a means of spreading Clostridium difficile.

Is there any good news from this study? Well, the vast majority of the microbes that were detected do not cause disease in healthy people, with the exception of Staphylococcus aureus. Some of the bathroom bacteria, such as Acinetobacter, only cause infections in people in the hospital, or in those with weak immune systems. The others that were found are relatively harmless. In addition, air from real-world bathrooms may contain fewer bacteria than the bathrooms in the study. The sampled restrooms were located in a university health sciences building, and at least some of the bacteria came from experiments going on in laboratories within the building.

So what’s a person to do to avoid picking up bacteria in a bathroom? You should still dry your hands, as not drying them after washing them helps bacteria to survive on them. Paper towels are the most hygienic way to dry your hands. For this reason, use of paper towels is already routine in health care settings. You may also wish to avoid jet air dryers, which have also been associated with the spread of germs in bathrooms. And remember that your chances of picking up a serious pathogen in a restroom are small. Direct contact with other people is much more likely as a means of acquiring infection.