T-ball: The ups and downs, and why it can be worthwhile 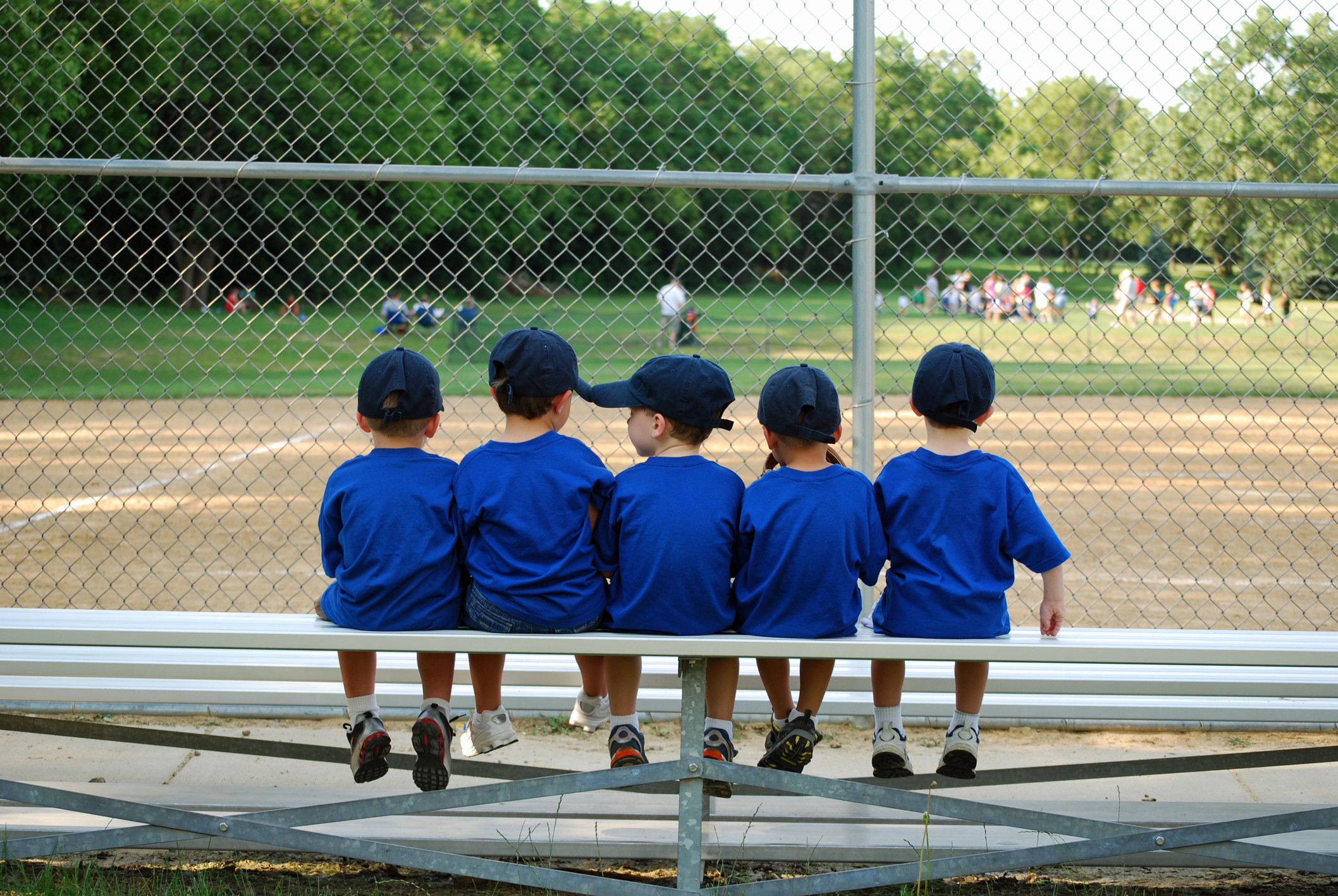 I just finished my third season as my oldest son’s T-ball coach. I’ve never missed a game or a practice, and I’m on my second age division where pitching is involved. I only say that stuff to be able to say this: it’s not a good game.

The kids are great. I love that it’s outdoors and I don’t mind overseeing things for an hour. But still, the game is seriously lacking in common sense. There’s too much inactivity and waiting for balls that will never come, stuff that 4-to-7-year-olds aren’t built for, especially at 5:30 on a Thursday afternoon.

I’ve modified where possible. I, along with my first co-coach, developed the I-formation defense. All the kids stand single-file on the pitching mound and each gets their own, non-piled-upon turn to field. And for the kids waiting? I chuck balls into the outfield and they happily chase them down, although one of my players declined with, “I’m not a dog.” It probably looks like pure chaos from the outside. It feels slightly less so in the eye.

T-ball: The rules of the game

The only pushback I’ve ever gotten came from a recreation department email after opening day this season, reminding all the coaches of some rules:

Kids need to keep their helmets on when on base. Safety issue. Makes sense.

No electronic distractions on the field. Full disclosure: one of my players was taking pictures with an iPad. Great pictures, I’ll say. But another safety issue. I support it.

One bat out at a time. Good rule.

No pitching until the third game. Another disclosure: I pitched to kids who wanted it. The reason from the league? So players could work on proper swing technique.

This is where we part ways. Technique might be possible if the season was four months and I was a better coach. But it isn’t and I’m not. Learning is great. I try to slip it in, but it’s not my focus. I want the kids to run around, feel some success, and want to come back. Other than the email, I’ve had zero static from parents about batting orders (we do it by uniform number) or undeveloped potential.

Growing up with T-ball

But the game isn’t without pressure. Mine is an internal one. I had two older brothers. Equipment was a constant part of the house, and I always played something. It wasn’t ever any struggle, but I also never did anything organized until I was 9. Milo goes to his games, with varying levels of encouragement. He holds his own, can make impressive contact with the ball; once he’s there he has fun, but once the game is over, he’s done. It’s hard for me not to project and wonder if he’ll ever have the drive to compete and want to become better, at whatever he chooses.

I’m left with a question: should kids even be playing T-ball this young?

Yes is the answer, says Dr. Richard Ginsburg, co-director of the parent program in Newton-Wellesley Hospital’s department of child and adolescent psychiatry. Unstructured play is vital, but organized sports get kids out of the house and trying stuff they wouldn’t normally do.

It’s not about skill development. Kids don’t have full coordination or visual acuity yet, and they can only absorb 10-to-15-second bites of instruction, Ginsburg says. When a sport is working, kids are moving — check mark for the balls into the outfield — and becoming comfortable with their bodies. They might get knocked down, but they get back up and laugh. They’re starting to connect with teammates and learning to build relationships, and if they’re more excited about the post-game jungle gym, the league fees were worth it.

Mostly, really, ultimately, it’s about fun. They should want to go. They might need an occasional nudge, and while it’s easy to give them a game off, it’s best to set the precedent of showing up. If there’s regular resistance, talk with the coach and problem-solve about the obstacle. There’s no predictor for talent or desire at that age. The only way those things will ever get a chance to develop is if they love playing. “You can’t force that,” Ginsburg says. “It’s like you can’t force friends.”