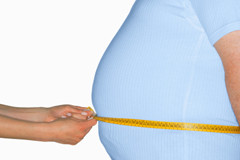 Many medical studies confirm what we know or suspect. Every once in a while, though, one surprises us, turning “conventional wisdom” on its head. That just happened with the sudden shutdown of a long-running diabetes trial called Look AHEAD (Action for Health in Diabetes).

Begun in 2001 and scheduled to last another two years, Look AHEAD was designed to see if an intensive diet and weight loss program could reduce the number of heart attacks, strokes, and other cardiovascular problems in people with type 2 diabetes. An early peek at the data showed that the program had little apparent effect, and the investigators concluded it would be futile to continue.

Does this mean that diet and exercise are not important in the treatment of type 2 diabetes? No. I mean, NO! Let me tell you a little about the study before I explain.

How the study was done

Look AHEAD included 5,145 overweight or obese men and women with type 2 diabetes. They were randomly divided into 2 groups. One group followed a diet that limited them to 1,200 to 1,800 calories a day and exercised 175 minutes a week. The other group were given general information about diabetes. As expected, those in the diet group lost about 8% of their weight fairly quickly, but gradually began to regain it. On average, after four years of the study they were 5% lighter than at its start. Those in the other group lost about 1% of their weight.

For some reason, the extra weight loss didn’t translate into better cardiovascular health. After 11 years of the trial, rates of heart attack, stroke, hospital stays for angina (chest pain), and heart-related deaths were the same in both groups. “This was a negative result,” Dr. David Nathan, a principal investigator of Look AHEAD and director of the diabetes center at Harvard-affiliated Massachusetts General Hospital, told the New York Times.

More than meets the eye

All we know so far is that the study was stopped early because heart disease rates were similar in the diet/exercise/weight loss group and the control group. It will be awhile before investigators are able to crunch the data from the trial and publish their results. It’s possible that intensive diet and weight loss truly have no effect on heart disease among overweight people with type 2 diabetes. But there are also other possible explanations for the “negative” results.

Heart disease can take a long time to develop and make itself known. It’s possible that had the trial continued for several more years, a difference would have been seen.

It’s also possible that the types of foods allowed in the calorie-restricted diet weren’t the best choices. Look AHEAD began before the big push to eat more fruits and vegetables, whole grains, and fish.

One intriguing possibility is that people who just got the usual care took more or different medicines known to help prevent heart attacks, strokes, and kidney damage in people with diabetes. Lower LDL (bad) cholesterol levels in the usual care group indicate that more of them took a cholesterol-lowering statin, or a higher dose of one. Statins decrease the risk of heart attack and stroke.

If you have type 2 diabetes, or care for someone with it, the preliminary results of Look AHEAD suggest that you have choices for preventing heart disease. Losing weight or maintaining a healthy weight is good for just about every body part and system. But other things matter, too.

Managing blood pressure is very important for people with type 2 diabetes. If yours is high, work with your doctor to find the best ways to bring your down to 130/80 or lower. While there are many excellent medications, a good combination is a diuretic (water pill) and an ACE inhibitor. Even if your blood pressure is normal, you should take an ACE inhibitor or ARB if you have protein in your urine (a common complication of diabetes).

Keeping tabs on cholesterol is also important. Aim for an LDL under 100 milligrams per deciliter (mg/dL); some experts recommend getting down to 70 mg/dL. This usually means taking a statin.

Every well-done study, even the negative ones, help us learn more about treating diabetes. When the Look AHEAD results are published, I’ll let you know why diet and exercise did not have the expected positive impact.