Some “natural” therapies may be safe, effective for mental health 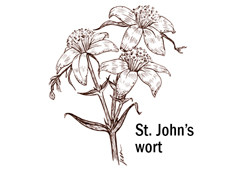 On Saturday, while thousands of Boston Bruins fans gathered at Government Center to celebrate the team’s recent Stanley Cup victory, a hundred or so true die-hards met a few blocks away at a Massachusetts General Hospital conference to talk about complementary and alternative medicine for psychiatric disorders. While I hated to miss the Bruins parade, I’m glad I attended the MGH conference.

I’ve always been a bit of a skeptic about so-called natural therapies for one simple reason: they don’t have to go through the same rigorous testing in clinical trials that medications do. At the same time, I realize that FDA-approved drugs don’t work for everyone. One in three adults with major depression, for example, can’t completely improve their mood and other symptoms even after trying multiple antidepressants.

Clearly, we need better options for treating mental health disorders. The MGH conference convinced me that some types of complementary and alternative medicine—or CAM, for short—might be worth trying. The presenters, all psychiatrists who treat patients at MGH, backed up their recommendations with scientific evidence. Several of them also contributed to the American Psychiatric Association’s recent report on CAM therapies.

We’ll be doing a story on CAM therapies for psychiatric disorders in an upcoming issue of the Harvard Mental Health Letter. For now, here are some things I learned on Saturday:

Omega-3 fats, natural fats found in large quantities in cold-water fish such as salmon, can boost the effectiveness of an antidepressant in some people with depression. Omega-3 supplements are now being studied as an alternative to antidepressants during pregnancy.

St. John’s wort is an herbal remedy that can help people with mild-to-moderate symptoms of depression, but doesn’t seem to work as well for severe depression. St. John’s wort can cause problems when taken with some antidepressants and other medications, so talk with your doctor before trying it.

Maca root, a relative of the potato that is used in some cultures to enhance sexual response, may help counter erectile dysfunction, reduced libido, and other sexual side effects of antidepressants.

Valerian, derived from the root of a pink flower, can alleviate anxiety and help improve sleep just as well as some sedatives. It may be a good alternative to consider for children and the elderly—two groups especially sensitive to the side effects of medications. One downside: it takes a while to “kick in,” so if you need fast relief, look elsewhere.

Words to the wise. Just because these remedies come from plants and animals doesn’t automatically mean they are safe. Herbal remedies have unwanted side effects and can interact with medications just like antidepressants and other drugs do. Talk with your doctor before trying any alternative approach, especially if you take any medications.

One more caveat: the fact that these products aren’t under FDA oversight means the amount of active ingredients can vary from one product to the next—and even within the same brand. Choose products that bear the U.S. Pharmacopeia Dietary Supplement Verification Program (USP-DSVP) mark. Or check ConsumerLab.com, which ranks herbs and supplements based on quality and content.