Sodium studies blur the picture on what is heart healthy 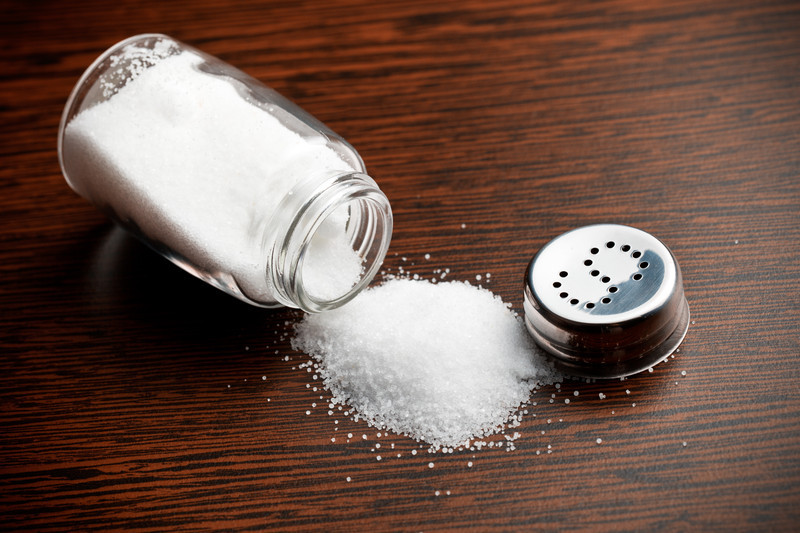 We often look to science to solve life’s difficult questions. But sometimes it hands us more uncertainty. Take three reports in this week’s New England Journal of Medicine. One shows that eating less sodium (a main component of salt) could save more than a million lives a year worldwide. A second came to a nearly opposite conclusion — that current average sodium intake is okay for cardiovascular health while getting too little or too much is a problem. The third study essentially agreed with the second, but found that getting too little potassium may be as bad as getting too much sodium.

The findings are certain to fuel the already heated debate on sodium and the international efforts to get people to take in less of it.

Too much sodium consumption can increase blood pressure and cause the body to hold onto fluid. High blood pressure (hypertension) is a major risk factor for heart attack, stroke and other cardiovascular problems.  Excess fluid can cause swelling in the legs and even more serious problems (such as congestive heart failure) in people with poor heart function.

In the U.S., guidelines for the average adult recommend getting no more than 2,300 milligrams (mg) of sodium a day. That’s the amount in just one teaspoon of salt. The American Heart Association and other groups recommend a lower target of 1,500 mg a day, especially for certain groups. The average American currently consumes more than 3,400 mg/day.

In one of the New England Journal articles, an international team of researchers led by Dr. Dariush Mozaffarian, a former Harvard Medical School faculty member who was recently appointed Dean of the Friedman School of Nutrition and Public Policy at Tufts university, combined data from more than 100 prior studies regarding sodium intake in 66 countries. They estimated the impact of sodium intake on blood pressure and death due to cardiovascular disease. Here’s what they found:

Another study in the journal found that the picture might be more complicated. Researchers with the international Prospective Urban Rural Epidemiology study compared sodium excretion in urine (an indirect measure of sodium intake) with rates of death and major cardiovascular disease among more than 100,000 men and women from 17 countries. Higher rates of death and cardiovascular disease were seen among those with high sodium intake, defined as higher than 6,000 mg a day. But the researchers also saw high rates among those with low sodium intake, defined as less than 3,000 mg a day. The sweet spot was between 3,000 and 6,000, or where most Americans are now.

Too soon to change recommendations

Taken as a group, these three reports raise plenty of questions. Until there are good answers, I think it’s too soon to throw out recommendations to reduce sodium intake, especially in high-risk groups, including:

Limiting sodium intake can help people in these groups prevent or control high blood pressure and avoid “fluid overload” in which the body holds on to fluid beyond its capacity to get rid of it.

If you want to take in less sodium, or need to, keep in mind that most sodium in the U.S. diet comes from prepared foods like canned foods, breads and pastries, crackers and chips, deli meats, and restaurant foods. A good way to reduce your consumption of sodium is to prepare your own food or read nutrition labels on prepared foods so you can choose low sodium options.

Another lesson from the three New England Journal articles is worth keeping in mind. The human diet, once rich in potassium, is now low in potassium in developed countries like the United States. Getting more potassium from fruits, vegetables, and other foods is a good way to help keep your heart and arteries healthy. The Harvard Heart Letter has compiled a list of potassium-rich foods and their potassium-to-sodium ratios.

From my perspective, the scientific evidence demonstrating the hazards of high salt intake is difficult to ignore. I believe that salt consumption will fall over time in the U.S. and in other places where salt intake is high. Long-term clinical trials comparing people placed on diets containing varying amounts of sodium are needed to better understand just how much is too much – and how little is too little. In fact, the ideal amount will likely vary for different groups of people.

Craving salty foods is learned. And it can be “un-learned.” It takes time to get used to foods that are less salty – but for many, I think it’s worth the effort.

But a smiling visitant here to share the love (:, btw great design and style .

thanks for the information, I hope my country of origin there are sites like this.

Sodium, aspirin, caffeine, cholesterol, low fat, etc., etc. The story keeps changing. Once we think we know it all, we know very little.

I have family members in their 90’s who cut salt out of their diet 30 years ago and they are going strong! Their health is amazing and one is a chain smoker.

Much more needs to be done before we can lower the general populations intake of salt. Many commonly eaten food items contains high unregulated measures of salt – e.g. potato crisp. We introduce high levels of salt to children from an early age and they become dependent. More needs to be done to regulate how much salt is allowed in food items by all governments.
Nina