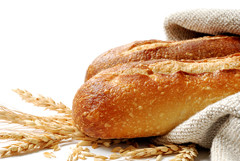 What happens when the body rejects a protein found in many foods? Ask anyone with celiac disease.

This increasingly common condition—it’s grown four-fold since the 1950s—causes a host of aggravating and potentially disabling symptoms such as gas, bloating, diarrhea, cramps, fatigue, weight loss, and more. But it’s also a trickster, causing subtle changes that may not be identified as stemming from celiac disease.

Take the case of a 22-year-old woman described in today’s New England Journal of Medicine. She ended up in an emergency room after breaking her wrist while playing volleyball. Fix the fracture and send her home? Not so fast. Blood tests showed that she was anemic and had low levels of iron and vitamin D—which were unusual to see in an otherwise healthy woman. A subsequent blood test showed that her body was making antibodies against tissue transglutaminase, a naturally occurring enzyme in our bodies. That’s the hallmark of celiac disease, caused by the body’s harmful reaction to gluten, a protein in wheat, barley, and rye.

“It’s a very useful case to highlight,” says Dr. Ciaran P. Kelly, director of the Celiac Center at Beth Israel Deaconess Medical Center in Boston. “Celiac disease should be one of the first things a doctor thinks about in a person with iron deficiency anemia or chronic diarrhea when there aren’t other likely causes.”

People with celiac disease can’t tolerate gluten, not even small amounts. Their bodies mount an immune response to the protein. The inflammation that follows plays out largely in the lining of the small intestine (see illustration below). Damage to the intestinal wall can interfere with the absorption of nutrients from food (like iron), cause a host of symptoms, and may lead to other problems like osteoporosis, infertility, nerve damage, and seizures. (There’s also a related condition called gluten sensitivity—it has similar symptoms as celiac disease but without the intestinal damage.)

Historically, it took an average of 10 years or more from the onset of symptoms to a diagnosis of celiac disease. That’s because the symptoms look like more common problems, such as irritable bowel syndrome. Celiac disease also hasn’t been on many doctors’ radar screens.

That’s changing. Celiac disease is emerging from the shadows, thanks in part to greater attention in the media and the $7 billion market (and advertising) for gluten-free foods. Equally important, a simple blood test for anti-tissue transglutaminase antibodies now makes it relatively easy to tell whether or not a person has celiac disease. A biopsy of the intestine confirms the diagnosis.

The treatment for celiac disease—stop eating gluten—sounds simple, but isn’t easy. It means forgoing anything made from wheat, barley, and rye. Even a small amount of the protein can stir up trouble. A University of Maryland study showed that just 50 milligrams (mg) of gluten—a slice of wheat bread contains 2,000 mg—was enough to rev up inflammation and intestinal damage.

“It’s the hidden gluten that can really bedevil people with celiac disease,” says Dr. Kelly, who is also a professor of medicine at Harvard Medical School. That means gluten lurking in foods that shouldn’t have any.

Take soy flour as an example. It shouldn’t contain gluten. But if soybeans are transported in a truck or rail car that had previously held wheat, barley, or rye, or processed in a warehouse or plant that handles these grains, the soybeans and foods made from them can pick up enough gluten to fuel celiac disease.

The FDA is currently working on regulations that will specify the maximum amount of gluten a food can contain and still be considered gluten free. But this won’t do anything about contamination of truly gluten-free foods.

As many as half of people who buy gluten-free products don’t have a clear cut or proven reaction to gluten. Instead, they go gluten free because they think they are sensitive to gluten, or it makes them feel better to avoid it. If you choose to avoid gluten, it’s worth getting checked for celiac disease first for two reasons.

One is that treatment for celiac disease is usually more involved and intensive than treatment for non-celiac gluten sensitivity. The second reason, explains Dr. Kelly, is that if you’ve been off gluten for a while, it becomes very difficult to establish if you do or don’t have celiac disease versus gluten sensitivity. If you suspect you might have celiac, do not eliminate gluten before the tests are completed.