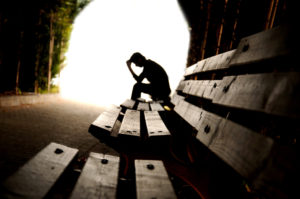 At the end of April, two leaders in health research and medicine made national headlines with their New England Journal of Medicine article “Suicide: A Silent Contributor to Opioid-Overdose Deaths.” Dr. Nora Volkow, the head of the National Institute on Drug Abuse, and Dr. Maria Oquendo, a renowned expert in suicide prevention, brought into mainstream discussion a topic that many of us on the frontlines of clinical care have been advocating for years: opioid-related suicide is real, and a preventable part of the nation’s drug overdose epidemic.

The reluctance to address opioid-related suicide has deep roots in stigma and denial that self-injury deaths are preventable, whether substance-related or suicide, or both.

Why do we not talk about suicide as part of the opioid epidemic?

First, suicide is highly stigmatized. In spite of a consistent 20-year increase in the rate of suicide deaths that parallels drug overdose deaths — both of which include alarming increases in premature death of our nation’s youth — our country continues to fear suicide as an “unthinkable” act of despair. Suicide is alternately viewed as “selfish,” “self-serving,” or “just plain crazy.” When Dr. Anne Case and Dr. Angus Deaton, expert economists at Princeton University, drew attention to the devastating social and economic impact of “deaths of despair” in their 2017 report on “Mortality and Morbidity in the 21st Century,” it became much harder to ignore that substance-related deaths and suicides are associated with personal losses: loss of opportunity, employment, security, social connection, and ultimately loss of a sense that one’s life is valuable.

Misuse of opioids and opioid use disorder are similarly stigmatized, but in a different direction: as “irresponsible” behavior by an individual. In actuality, opioid misuse is significantly associated with subjective distress and suicidal ideation, while opioid use disorder is a highly treatable medical illness. The misconception that opioid misusers are simply misbehaving is responsible for a nihilistic (and failing) approach to the epidemic: “Just let them die.” A closer look at both the opioid and suicide epidemics may reflect more alarmingly on society itself, raising questions such as: why are so many jumping into an opioid escape porthole?

Second, hyper-specialization in our health care systems breeds silos of treatment rather than comprehensive care. Pain patients are treated in medicine, suicidal patients in psychiatry, and substance use disorders in specialized addiction treatment centers. This artificial fragmentation of care ignores common co-occurrence of these disorders, as well as common risk factors such as poverty, depression, anxiety, and trauma. What’s worse is that fragmentation affects research funding, public health surveillance, and reporting of data results and trends. The result is that media reports become likewise fragmented, with emphasis on pain, substance use, and suicide considered separately. This feeds back as a bias in health care provision, and public education and expectation regarding health services. Opportunities for prevention and comprehensive care are lost.

Third, and related to the first two points, behavioral health care training is inadequate in all disciplines, reinforcing these silos. By the time a person is an overdose survivor, they are typically in the very advanced stages of a mental health disorder, and many losses must be repaired along with stabilizing their medical and psychological health. Our nation is poorly equipped to meet self-injury epidemics head-on, and the necessary infrastructure for care is lacking. It is easier to disseminate naloxone rescue — the defibrillator equivalent for opioid overdose (intentional or not) — than it is to treat high-risk individuals with multiple social problems influencing recovery.

How can we do better screening for and preventing suicide and substance misuse?

The work of rebuilding family and social support networks, employability, and personal safety is critical to full recovery, but requires robust community social service supports that are not always readily accessible. To get such supports funded requires a broad understanding of suicidality and substance use disorder as treatable, preventable illnesses. We need to focus on prevention efforts that detect mental health problems when they first appear — often in childhood, and especially in communities with generations of suicide and overdose death losses.

Youth rates of anxiety, depression, and suicide are increasing, and substance use has always been companion to these conditions. Universal mental health screening in pediatrics and school-based platforms would improve early detection and intervention, as would family education on these sensitive topics. A lifelong prevention approach of detecting psychological distress and trauma exposure at onset, and providing immediate evidence-based treatment interventions, could provide the nation with a resilience platform for averting epidemics related to stigmatized mental health and substance use disorders.