Should kids have their cholesterol checked? 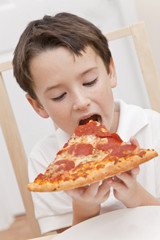 Why would a pediatrician draw blood from your 9-, 10-, or 11-year-old at his or her next annual wellness visit? Because the American Academy of Pediatrics (AAP) recently endorsed updated guidelines that call for checking LDL (bad) cholesterol levels in all kids between the ages of 9 and 11.

The cholesterol-test recommendation created quite a stir. But wait, there’s more. The guidelines also call for annual blood pressure checks beginning at age 3, and periodic blood sugar measurements starting between ages 9 to 11. There’s also a strong recommendation for kids and adolescents to limit sedentary screen time to two hours or less per day, and to get at least an hour a day of moderate physical activity.

The biological basis for these guidelines is that atherosclerosis (the fatty gunk in arteries that causes heart attacks, strokes, and other serious problems) starts during youth. In many cases, so do the high blood pressure, blood sugar, and LDL levels that feed atherosclerosis—right alongside the lifestyle habits such as poor diet and lack of exercise that boost the numbers. If unaddressed, atherosclerosis progresses inexorably.

The health care community’s reaction to the guidelines was generally positive, although some physicians expressed concern that LDL testing would lead to overmedicating kids as a quick fix for high cholesterol. But the guidelines stipulate that cholesterol-lowering medication should be considered only if a six-month trial of lifestyle changes fails to lower very high cholesterol (greater than 190 milligrams per deciliter of blood) in kids 10 or older. Experts estimate that only 1% of children and adolescents will meet those criteria. (See the table below for cholesterol level categories in kids.)

In a recent online discussion about the new guidelines, Drs. Sarah de Ferranti and Justin Zachariah, both of Harvard-affiliated Children’s Hospital Boston, noted that early cholesterol testing will help reveal the estimated 2 out of 10 kids who have high cholesterol, most of them because of a poor diet and lack of exercise. The doctors also say testing will identify the smaller number of children (1 in 300 to 500) who have very high LDL due to a genetic disorder called familial hypercholesterolemia. Familial hypercholesterolemia, Dr. de Ferranti notes, is far more common than many of the rare diseases for which newborn babies are routinely tested.

The guidelines are really about getting kids, their parents, and their doctors to talk about making healthy lifestyle choices—what to eat and drink and how much exercise and sleep to get, for example. When young people know where they stand with these cardiovascular risk factors, they get a head start on doing things to potentially avert life-threatening or chronic illnesses in middle age.

The hope is that more doctor time will be spent coaching and counseling now, rather than treating cardiovascular disease later.

LDL categories for children and adolescents

Unfortunately children are inactive because a lot of games and surrounded by junk food making them prone to getting cholesterol.

this is the problem we face now days with our kids as much as they like and use the fast food, I think we need to control this 1st to avoid LDL & they risk factors.

Good point the first step for a good healthy,begins in home of course the children must be checked, is ours homework,keep a good healthy with our children,I agree that many people never take this like important,for this reason we have ,childhood obesity very highest.

I was really hoping for a balanced answer to your title question here, or at the very least, perhaps enhanced perspectives from physicians who do NOT think the AAP endorsement is appropriate.

So instead, consider the common-sense voice of reason from Dr. Rita Redberg, a cardiologist at the University of California, San Francisco. She told the Wall Street Journal recently:

“I don’t know of any data that screening children ages 9 to 11 is of any benefit to them. We don’t need to do cholesterol tests to advise children to eat fruits and vegetables, watch their weight and get regular physical activity.”

As for the fantasy hope that “more doctor time will be spent coaching and counseling now” on healthy lifestyle choices, a quick look at the American Academy of Pediatrics’ own study of pediatricians on their current obesity counseling practices might be in order. Of the 1,600 respondents, 56% of pediatricians reported they don’t get reimbursed for counseling on obesity. That’s why they don’t do it. Do we now believe they are going to start doing this – for free?

More on this at: “Universal Cholesterol Screening for Kids?” at
http://ethicalnag.org/2011/11/19/universal-cholesterol-screening-for-little-kids/

Thanks for posting this guidelines, this will help a lot of kids improved their health.

its important to know , that high level of cholesterol lead to these type of diseases , and how to avoid it 🙂

What about the money wasted checking the 80 to 90% of kids who have no cholesterol problems? The physician can recommend the test for anyone she suspects might have high cholesterol, but testing everyone without reason is ridiculous. Few pediatricians draw blood at office visits- this means yet another trip to a lab, more missed work for parents… sometimes a healthy child is just a healthy child.

am tried of this world because of my health

if someone has ASTHMA which drug can i use to cure it. pls

The guidelines are really about getting people of all ages to take statins and believe in the lipid hypothesis. Given the sistematic failure of this hypothesis on several recent and older studies, what should be donne is to rethink if cholesterol levels matter at all for heart disease. For doctors and big pharm this will allways be a lucrative issue, it’s all about money an not much about real science.