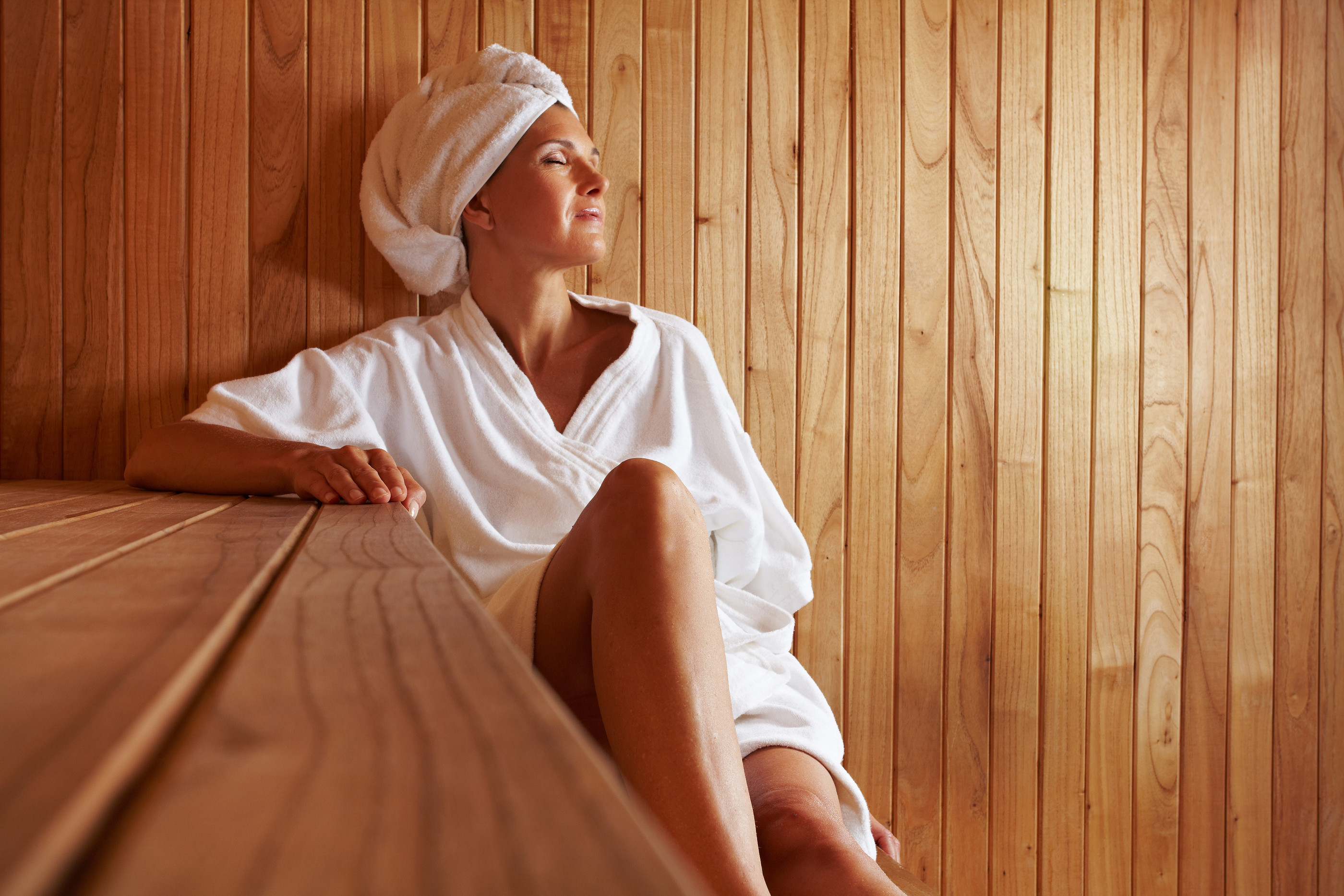 After shoveling for days, breaking up ice dams, and now shivering in this week’s frigid temperatures, I wouldn’t mind sitting in a sauna for a bit. A new report in JAMA Internal Medicine makes this pastime even more appealing: regularly spending time in a sauna may help keep the heart healthy and extend life.

Researchers from the University of Eastern Finland tracked 2,300 middle-aged men for an average of 20 years. They categorized the men into three groups according to how often they used a sauna each week. The men spent an average of 14 minutes per visit baking in 175° F heat. Over the course of the study, 49% of men who went to a sauna once a week died, compared with 38% of those who went two to three times a week and just 31% of those who went four to seven times a week. Frequent visits to a sauna were also associated with lower death rates from cardiovascular disease and stroke.

The results don’t surprise Dr. Thomas H. Lee, a cardiologist at Harvard-affiliated Brigham and Women’s Hospital and founding editor of the Harvard Heart Letter. “The cardiovascular effects of sauna have been well documented in the past. It lowers blood pressure, and there is every reason to believe that its effects are good for blood vessels,” says Dr. Lee.

Earlier studies have shown that regular sauna bathing may benefit people with risk factors for heart disease, such as high cholesterol, high blood pressure, and diabetes. It’s generally safe and likely beneficial for people with mild heart failure, but may not be so hot for those with unstable angina or a recent heart attack.

The researchers were quick to state that because of the unique properties of Finnish saunas, their results aren’t applicable to steam baths and hot tubs. Finnish saunas are wood-lined rooms, usually heated by a stove topped with stones. The air inside the sauna is very hot and dry, although sauna bathers periodically add water to the stones to produce a vapor known as “loyly.”

The sauna’s place in Finnish life

Sauna use is deeply embedded in Finnish culture. A nation of 5.5 million people, Finland has as many saunas as television sets — around 3.3 million. Most of the saunas are in people’s homes, although they’re also standard amenities in offices and factories. Saunas are accessible to Finns of every walk of life, so it’s unlikely that the study participants who used saunas often were already at lower risk of dying early because they were better off socioeconomically.

The researchers also emphasize that the very nature of the Finnish sauna is designed to reduce stress. The sauna has been a gathering place for family and friends for centuries. And sauna etiquette, which frowns upon swearing or discussing controversial topics while bathing, is instilled in Finns during childhood.

In fact, Finns may spend even more time in the sauna than they do exercising. While most Finns visit a sauna at least once a week, only about half of Finnish men and a third of Finnish women between 18 and 65 meet the World Health Organization exercise guidelines, which recommend the equivalent of 30 minutes of moderate-intensity physical activity five days a week. The Finnish researchers suggest that saunas may provide some cardiovascular conditioning because the high temperatures can drive heart rates to levels often achieved by moderate-intensity physical exercise.

So is sitting in a sauna the equivalent of exercising? “I don’t know that I would substitute a sauna for exercise. But exercising and then taking a sauna seems like a very healthy routine,” Dr. Lee says.

If you want to try a sauna

Although saunas haven’t become a cultural institution in the United States, many gyms, Y’s, Jewish Community Centers, and health clubs have them. If you’re intrigued about the prospect of ending your workout in a sauna and want to learn more about sauna etiquette or get instructions for building your own sauna, visit the North American Sauna Society website.

Hey, Thanks for such a useful Information.

A good article thanks for sharing! I will take to my blog

A good article. Thanks for sharing.

I do 30 minutes of laps in my local gym. I then spend about 20 minutes in the steam room. I wonder if I get the same benifits as a sauna?

Why are only men included in the study. After age 55, there are many more women in Finland that men.

Did anyone notice they followed 2,300 MEN and no women to look at sauna usage effects? From age 55 on there are many more woman in Finland than there are men.

YEARS AGO I HAD A PORTABLE SPA INSTALLED ON MY REAR PORCH. EVERY TIME IT SNOWED, I WOULD SIT IN THE SPA AND LOOK UP AT THE STARS AND REALIZED THAT THE RELAXATION RESPONSE WAS CONTRIBUTING TO MY QUALITY OF LIFE. MY AILMENTS (ULCERS, COLITIS, INDIGESTION AND OTHER STRESS INDUCED SICKNESSES) STEADILY FADED. IT’S BEEN 30 YEARS SINCE MY FIRST DIP IN HOT WATER! ALL THE OLD AILMENTS HAVE BEEN QUELLED. SOMETIMES OUR WORK, OUR FAMILIES, OUR POLITICIANS, AND OUR OTHER ENEMIES WORK IN CONCERT TO SHORTEN OUR LIVES. THIS ARTICLE IS SPOT ON AND WILL BE SO BENEFICIAL TO THE TYPE A’S WHO ARE KILLING THEMSELVES WITH STRESS. G.R.DERMAN

I agree with your statement about Sauna. It’s useful even in persons with moderate heart failure. I’ m cardiologist and I let my patients to do Sauna not longer 15 minutes and to pay attention to avoid disidratation.