Room sharing with your baby may help prevent SIDS, but it means everyone gets less sleep 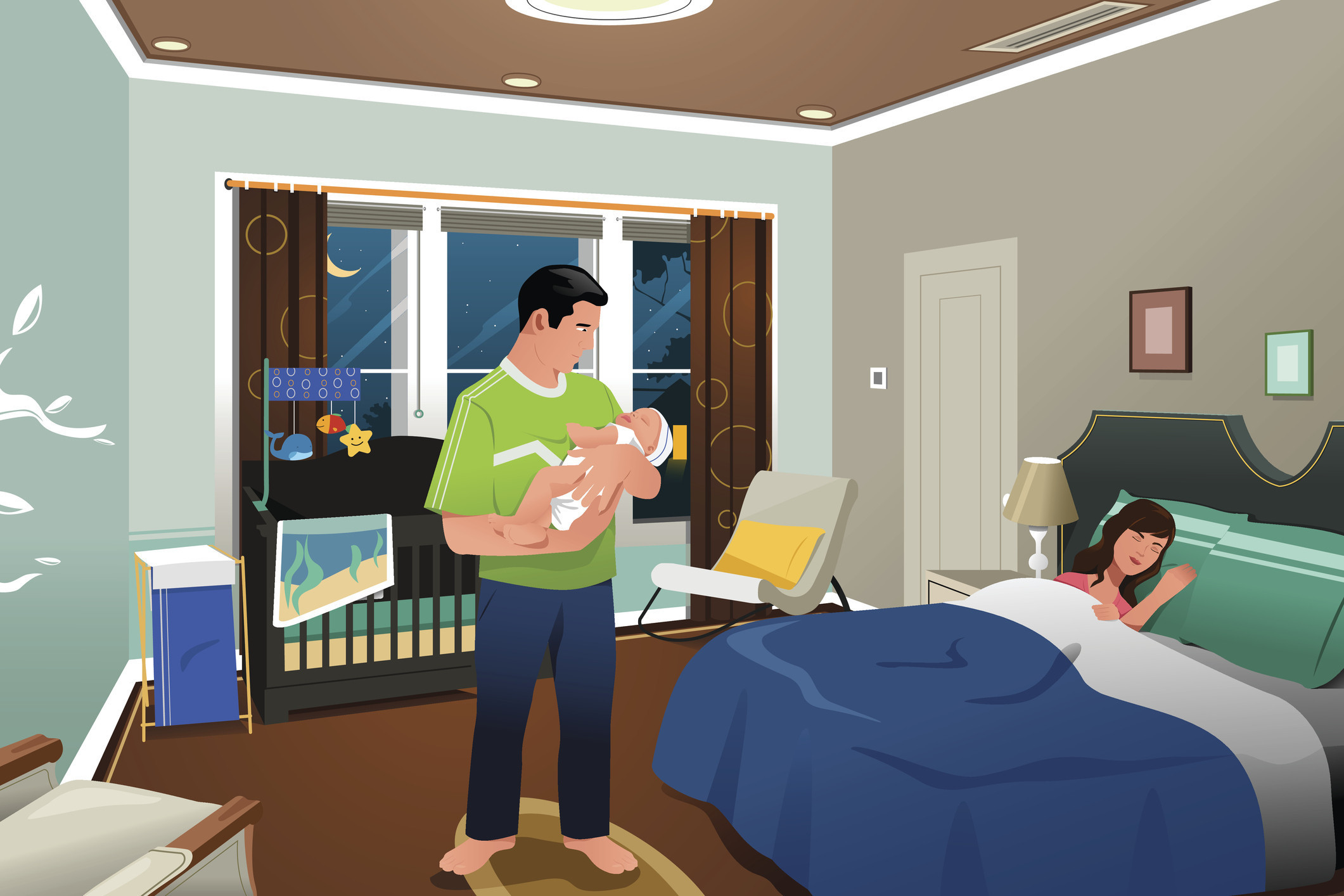 According to the American Academy of Pediatrics (AAP), the best place for a baby to sleep is in his parents’ bedroom. He should sleep in his own crib or bassinet (or in a co-sleeper safely attached to the bed), but shouldn’t be in his own room until he is at least 6 months, better 12 months. This is because studies have shown that when babies are close by, it can help reduce the risk of Sudden Infant Death Syndrome, or SIDS.

A study published in the June, 2017 journal Pediatrics, however, points out a downside to this: babies don’t sleep as well, and by extension, neither do their parents.

This is no small thing for sleep-deprived parents. Even a few extra minutes can make all the difference — and given that research suggests that sleeping well in infancy improves the chances of sleeping well in childhood, the study seems to suggest that getting babies out of their parents’ room from the get-go could be a real sanity saver.

But as with most things in medicine, it’s not that simple.

As was pointed out in a commentary accompanying the study, early "sleep consolidation," or sleeping many hours at once, isn’t necessarily a good thing. The ability to wake easily is important and may be critical in preventing SIDS. The waking up that happens with room sharing may be the exact thing that protects the baby.

It should be pointed out, too, that infancy doesn’t last forever. As much as it can feel like an eternity of being woken at night, the fact is that over time, most babies learn to sleep through the night and give their parents a break.

Also, having the baby sleep nearby helps with breastfeeding. It’s a simple fact that because breast milk is digested more quickly than formula, breastfed babies tend to eat more frequently than formula-fed babies. When babies are in another room, it’s harder and mothers may give up and switch to formula earlier.

It would be so easy if there were rules for parenting that worked for every family, but that’s just not the case. Every family and every child is different; in every situation, it’s about weighing risks and benefits.

Room sharing can help prevent SIDS and support breastfeeding, that’s clear. Also, room sharing doesn’t mean that babies can’t have a consistent bedtime and bedtime routine; it may be tempting to keep the baby up until the parents go to bed, but it doesn’t have to be that way. But the benefits of room sharing diminish when room sharing becomes bed sharing, or when other rules of safe sleep (like no pillows) get broken. Safe sleep, and good sleep routines, should happen no matter where a baby sleeps.

What’s important is that parents know the recommendations, and the facts behind those recommendations. Once they have that information, they should work with their pediatrician to make the decisions that make the most sense for their child’s safety, their sanity, and the overall health and well-being of their family.