For protection against pneumonia, more than one vaccine can help 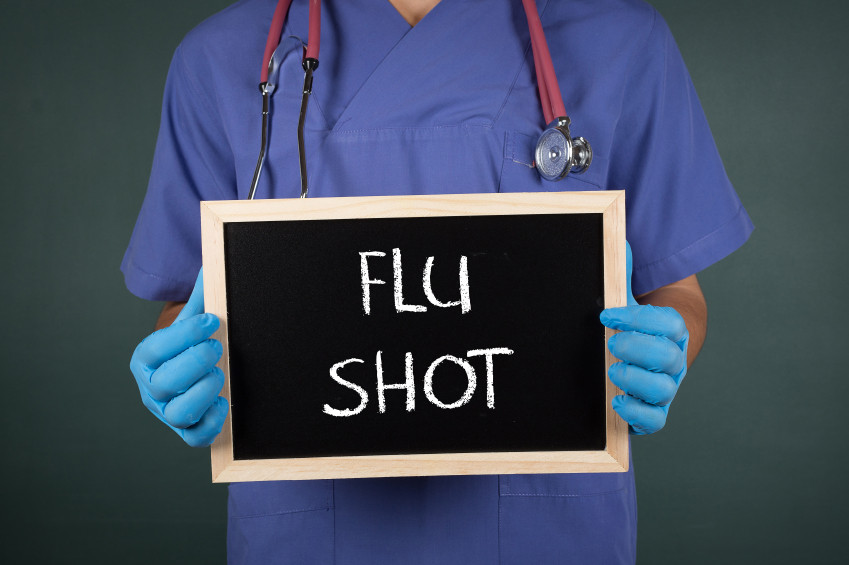 If you haven’t gotten your flu shot yet this year, don’t wait much longer—influenza (flu) season is just around the corner. Yearly flu shots are recommended for everyone ages 6 months and older. If you need some added incentive, consider this: The influenza virus can cause not only the typical flu symptoms (like fever, muscle aches, and headache), but it can cause viral pneumonia in some people and nudge others to develop bacterial pneumonia. And despite many advances in understanding the causes and treatment of this serious lung infection, it’s still a major cause of death in the United States, according to an article in today’s New England Journal of Medicine.

Each year, about a million people in the U. S. are hospitalized with pneumonia and 50,000 die from it.

“Some people think that pneumonia is caused only by bacteria. But in fact, you can get pneumonia from a whole array of different viruses, bacteria, and even fungi,” says study co-author Dr. Anna Thorner, an infectious disease specialist and assistant clinical professor of medicine at Harvard Medical School.

Is it flu or pneumonia?

The symptoms of pneumonia are similar to the flu. But with pneumonia, your cough is usually worse (sometimes producing yellow, green, or even bloody mucus) and you may have trouble breathing. “For example, you may get winded going up just a few stairs, when you normally walk up two flights without a problem,” says Dr. Thorner.

However, the symptoms can be subtler in the very young and the elderly—the two groups most vulnerable to pneumonia. Babies and young children with the infection may be restless, fussy, and breathe too fast. Older people with pneumonia sometimes don’t have a fever or a cough, but they may be confused or complain of pain when taking a deep breath.

For these groups, as well as others who face a high risk of pneumonia, two different vaccines can help prevent pneumonia caused by the bacterium known as Streptococcus pneumoniae, a serious cause of the illness. One vaccine, known as PPSV23 or Pneumovax, is derived from 23 different types of pneumococcal bacteria and has been used for decades. It’s recommended for all adults who are age 65 and older, as well as those under 65 who face an added risk for pneumonia, including people who smoke cigarettes or have chronic illnesses, including:

A newer vaccine, PCV13, features parts of 13 different pneumococcal bacteria linked to a protein that helps the vaccine work better. Infants in the United States routinely get this vaccine. Since the first version of this vaccine, PCV7, was introduced in 2000, rates of pneumonia and other infections caused by pneumococcus dropped substantially in the U.S.

Last August, the Centers for Disease Control and Prevention recommended that people age 65 and older now receive both pneumococcal vaccines to give them extra protection against pneumonia. The timing varies depending on your vaccination history:

People with weakened immune systems and people whose spleen doesn’t work well or is absent (and certain others) should also get both vaccines. The CDC has additional information about pneumonia vaccines, including recommendations for children and adults younger than 65 who are more prone to pneumonia due to other health problems.